When it comes to giving money to charity, some companies prefer spreading the wealth across different organizations. 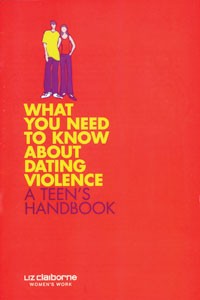 When it comes to giving money to charity, some companies prefer spreading the wealth across different organizations. Liz Claiborne Inc., however, has never been interested in the cause du jour. In 1991, it decided to support efforts to raise awareness of, and ultimately end, domestic violence, and has stuck with the program since.

What started as simply an awareness campaign has evolved over the years, targeting different audiences, including women, men, corporate America and college students. It’s also grown to encompass prevention and education in addition to awareness.

In 14 years of funding anti-domestic violence initiatives, Claiborne has spent about $7 million, the company said.

It’s now in its second year of addressing teens. A survey conducted by Teen Research Unlimited and commissioned by Claiborne found that 57 percent of respondents knew friends who experienced physical, sexual or verbal abuse in dating situations.

Claiborne funded the Educational Development Center’s high school curriculum, “Love Is Not Abuse,” designed to educate and provide support and guidance to teens. “Love Is Not Abuse” is also the tag line of Claiborne’s overall anti-domestic violence campaign.

After an initial test in 20 schools, the program will be issued to 450 schools in 36 states, said Jane Randel, vice president of public relations, adding that Claiborne has made a three-year commitment to teen dating.

“We won’t just drop the curriculum,” said Randel. “It will be an evolution. We have surveys for teens to take before and after they complete the curriculum. Our goal is to get it into all 50 states.

“Teens didn’t know where to turn,” Randel added. “Our hope is that this curriculum will help teens identify all forms of relationship abuse and understand what types of actions are and are not acceptable in a healthy dating relationship. We’re talking to the victim, the perpetrator and the bystander with this program.”

While Claiborne was reaching out to various constituencies of victims of domestic violence, it realized that charity begins at work, too, and victims could be within its own ranks. A protocol was developed for handling domestic violence complaints within the company. A domestic violence response team reviews any cases that come forward. Since 2003, there have been about 75 to 80 cases, Randel said.

“We educate our employees. We can walk them to their car, change their phone number or even relocate them,” Randel said. “Studies show that a lot of abuse can take place in the office. We know how to keep people around the victims safe.”

Randel noted that it’s expensive to replace employees, so it behooves the company to help them work through the issue and remain productive.

Of course, Claiborne reaps other benefits from its good works.

Hangtags on all Liz Claiborne apparel and accessories with the phone number of a national hot line for domestic abuse are seen and appreciated by customers.

“Consumers want the companies they support to give back to the community,” Randel said. “We get letters and e-mails, really poignant ones. Employees are also proud of the company.”