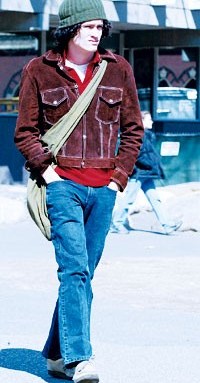 Ivy Leaguers are by nature a competitive lot. And it doesn’t stop at academia. Not only are bloodlines, prep schools, SAT scores and social calendars held up to meticulous scrutiny, but so are some of the more overt manifestations of one’s persona, including style.

Does the stereotypical ideal of serious, overburdened, overachieving scholars wending their way through campus in disheveled garb exist? You bet, especially during exams and when those theses are due. But a recent Ivy tour also reveals factions of students who take their Marc Jacobs as seriously as their metaphysics.

At all of the elite eight, WWD found fashion enthusiasts, or at least those who understand that often in style lies substance — even in this endless winter of down parkas and Ugg boots. Yet, despite the Ivy-wide diversity, every school displays not only a distinctive style, but also a prevailing attitude on fashion, ranging from eager embrace to relative disdain.

Students at the top two schools, Brown and Columbia, display considerable fashion savvy and a yen for stylish experimentation. Brown students battle the elements, whether educational or environmental, with élan and a bohemian free spirit — though popped collars and khakis are welcomed here, too. Columbians tap into their New York City surroundings while copping to a louche urban chic. The rest of the Ivy Leaguers tend toward varying expressions of street chic — interspersed with a preppy uniform and pockets of fashion-forwardness.