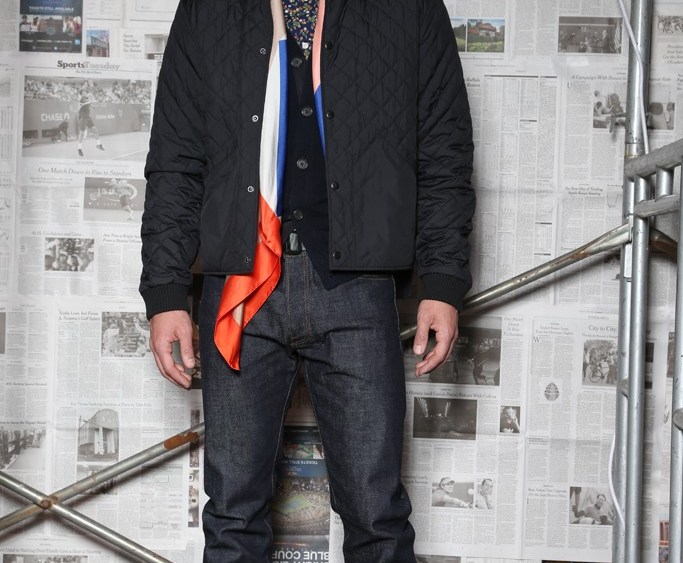 The Club Monaco look has always leaned toward urban dweller, stylish and decidedly modern but never too fashiony. For spring, New York City played muse for the retailer, with a women’s and men’s collection chock-full of great pieces.

Caroline Belhumeur, senior vice president of women’s apparel and accessories, chose a unique color palette and print story for each of the three deliveries, beginning with orange and a delftlike pattern worked into well-cut cigarette pants and airy intarsia sweaters that harkened back to the Eighties. The pink group showed vintage bead accents on dresses and a pretty blossom print on jeans, while the mint group featured minimalist blazers mixed with striped silk pull-on pants and a metallic tweed jacket with cuffed shorts. There was also a penchant for doubles, ranging from an A-line trenchcoat in double-faced khaki to orange cotton and a sweet double-collared blouse, not to mention a bevy of sleek double-knit pieces, some with tuxedolike stripes that Belhumeur called “the new suit.”