Coachella Fashion Preview: What Janelle Monáe, Billie Eilish and More Will Be Wearing

"All of the artists I’m working with are wearing small brands and custom pieces, stuff that’s very unique," said stylist Samantha Burkhart, who is working with Diplo, Rosalía and Billie Eilish.

While many artists will be wearing custom designer looks (Beyoncé set the bar for that last year, when she wore Balmain and rolled out a fashion collaboration with the luxury brand afterward), some are looking for under-the-radar brands to stand out.

“All of the artists I’m working with are wearing small brands and custom pieces, stuff that’s very unique,” said stylist Samantha Burkhart, who is working with Diplo, Rosalía and Billie Eilish, who will roll out a collaboration with Los Angeles-based streetwear brand Siberia Hills based on one of her custom Coachella looks. “In an age when everything is commodified, it’s great to work with smaller designers.”

For festivalgoers, the emphasis is on being Instagram-ready. “It’s gotten really bougie! It’s like, bring your makeup artist and stylist and change outfits from day to night,” said one L.A. fashion p.r. who works with VIP clients and stylists she says have been picking leather looks (yes, for the desert), designer bags and fine jewelry.

“So many brands have money and if you pay, people come,” said another insider of the influencer pay-for-play culture around the festival, which some are calling the most corporate yet.

There will certainly be influencers aplenty, with Kendall Jenner, Olivia Culpo, Shay Mitchell and Rocky Barnes topping guest lists. And while some brands, like H&M and Fenty, have dropped out of the festival fun, others have upped their presence, including Amazon (you can now order festival essentials to Amazon lockers on the festival grounds) and cannabis purveyor Dosist, which is partnering with the recently renovated Two Bunch Palms resort for a “Secular Sabbath,” where Diplo and the girls from Haim are expected to chill, presumably while sampling the wares. 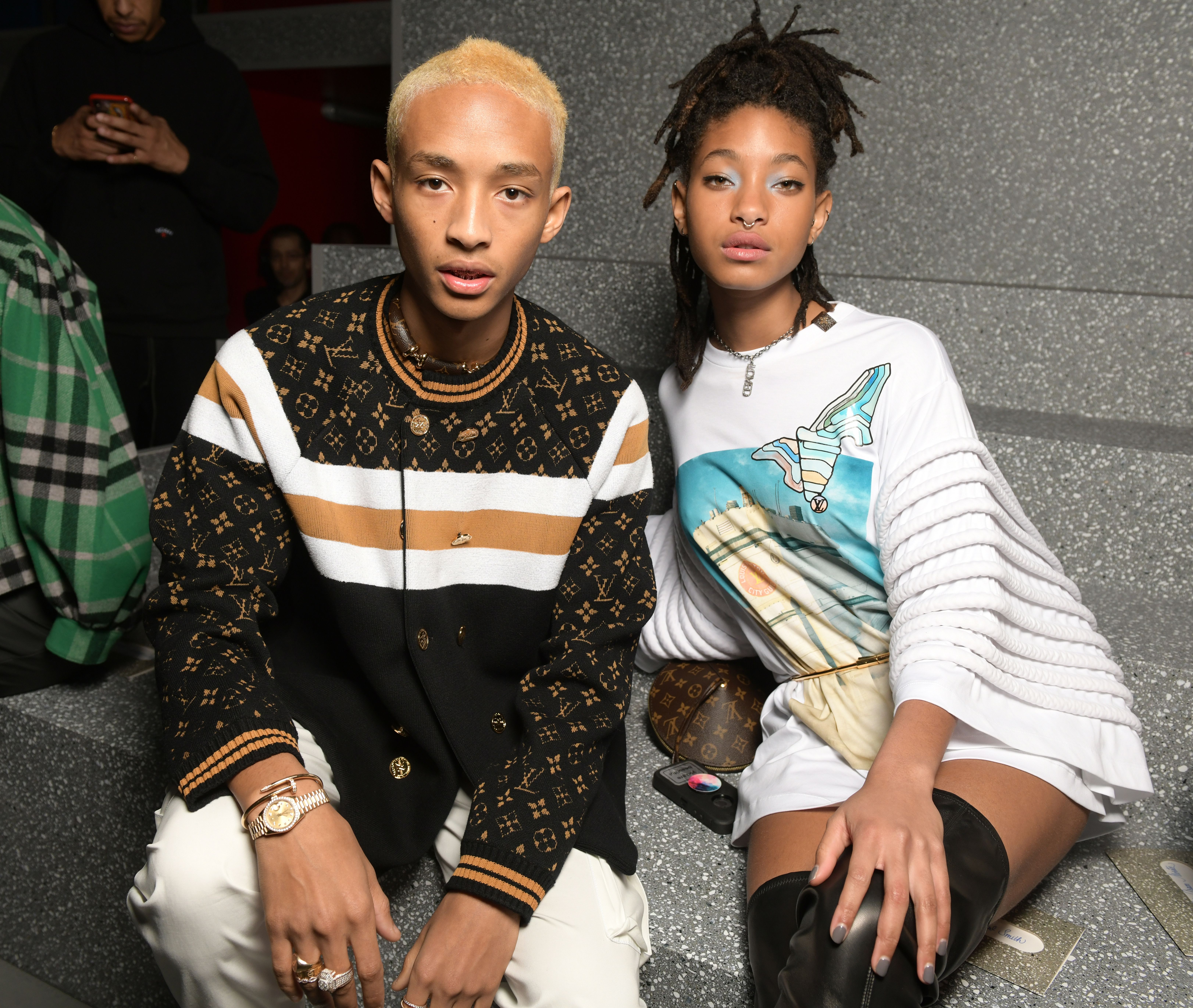 Dosist is also partnering with Blade, the private helicopter service, to offer rides to and from downtown L.A., where there will be a Whispering Angel/Casa Dragones lounge for guests to partake in before the 45-minute flight.

“It’s getting so convenient now with the Blade service,” Oscar de la Renta’s Fernando Garcia said of Coachella while in L.A. earlier this week for a charity event. “It’s hard with my schedule, but I want to go back. It’s really fun and everyone is in such a good mood.”

British influencer Louise Roe agreed. “Admittedly, Coachella is a mixed bag of some clichés and some fashion statements, but I still enjoy looking at the pictures. You can liberate yourself and do whatever you want. And I actually really love the hair and makeup,” she said, sharing that she will be attending as part of a friend’s 40th birthday celebration.

“The diverse musical programming has created a spirit that drives people to push boundaries with their style,” added French-Moroccan men’s wear designer Charaf Tajer. His après-sport luxury men’s wear label Casablanca is partnering with L.A. luxury boutique Maxfield on a capsule collection of silk pieces, and an experiential pop-up from April 10 to 25, to coincide with the festival, which also brings heat to L.A. in between the two weekends.

Here is a rundown of who to see (or stream on YouTube), where to party and what festivalgoers will be wearing in and around the Empire Polo Grounds. 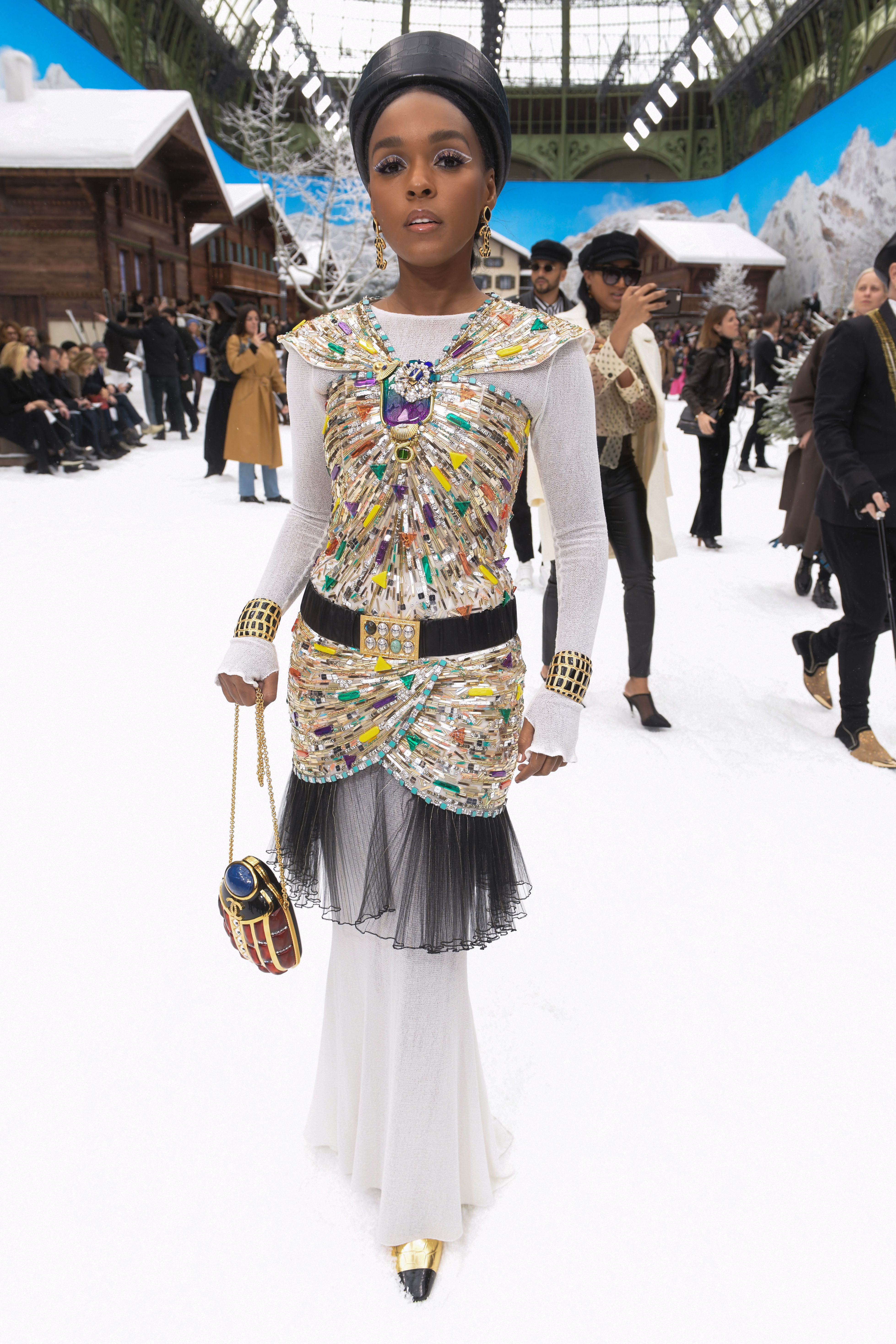 Friday: Donald Glover may be the headliner, but Janelle Monáe is the one to watch for statement-making style. “We had things custom made, and like many of Janelle’s shows, there will be lots of exciting fashion moments and it will definitely be futuristic,” said her stylist Alexandra Mandelkorn, who was with the singer during Paris Fashion Week scouting for ideas, attending the Chanel and Thom Browne fashion shows, but also going to cabarets, including Crazy Horse, Jean Paul Gaultier’s “Fashion Freak Show” at the Folies Bergère and the Moulin Rouge. “Coachella in terms of audience for stage performers is an amazing opportunity, because so many eyes are on you, including international eyes that don’t get exposed to your art as often,” Mandelkorn said. “It’s a huge moment to showcase style and vision because you are getting not only people at the festival, but people streaming it.” 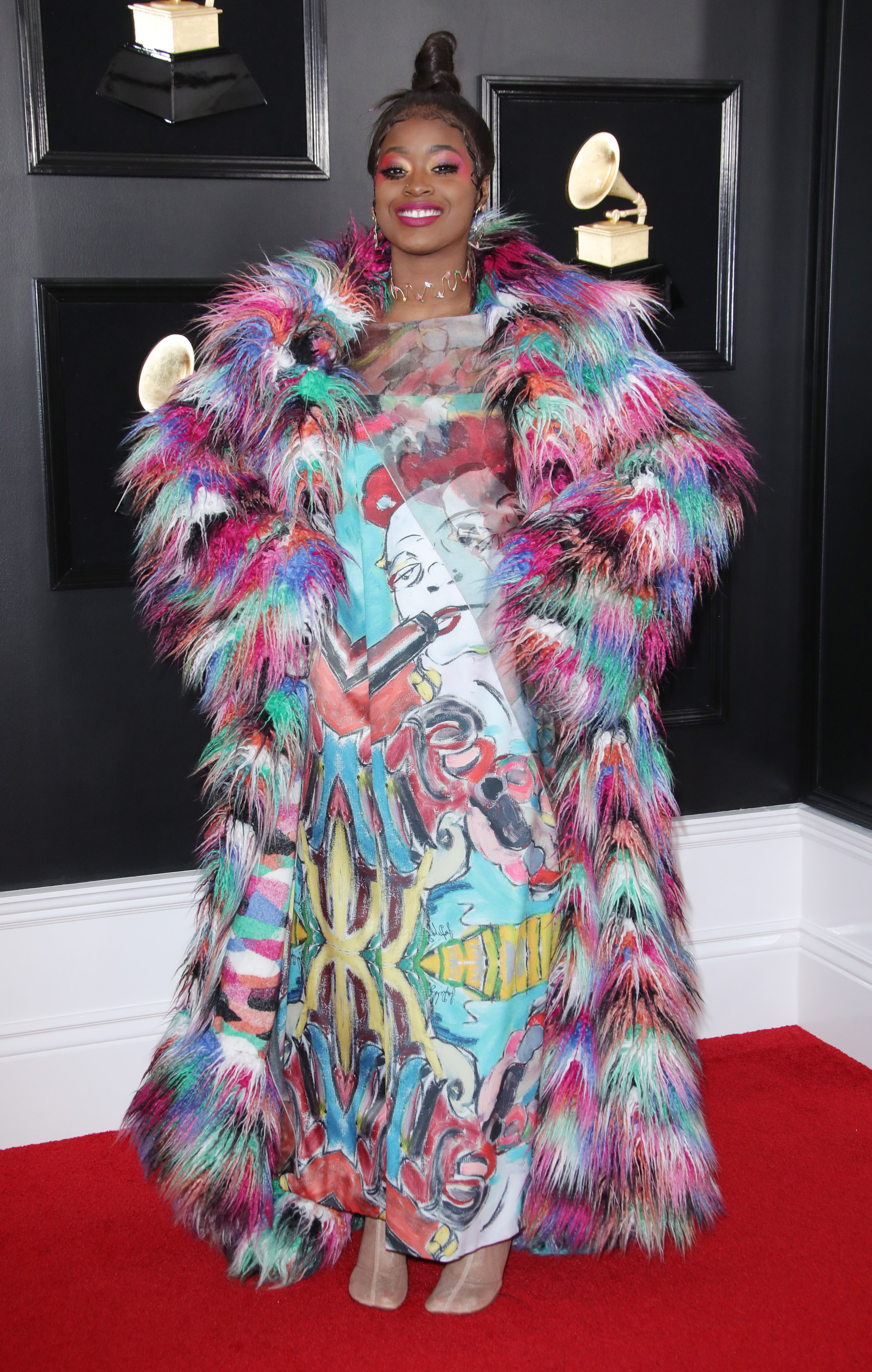 “I want the audience to receive an experience that’s not just music, but also visual,” Rosalia told WWD. “You can be profound without abandoning the superficial.” 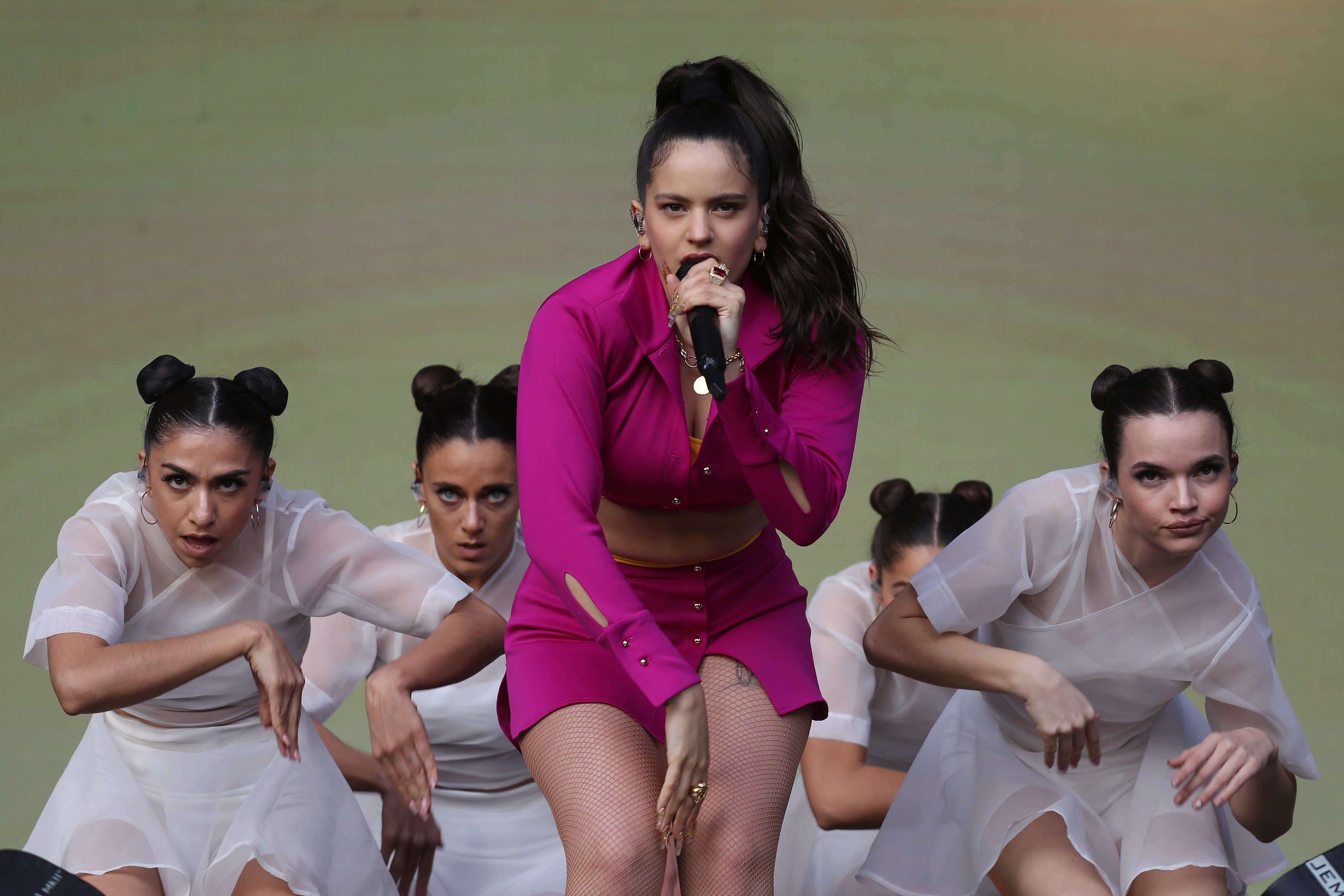 Saturday: Headliner Tame Impala is not known for fashion, and Solange dropped out due to production issues, but there is still plenty to see, starting with Eilish, who just dropped a collab with Takashi Murakami, and her first studio album, “When We All Fall Asleep, Where Do We Go?”

“We decided to do a full custom look, down to shoes and socks, and we worked with Nike on Jordans, Stance on socks, and Siberia Hills,” said stylist Burkhart. “Part of what makes Billie’s style interesting is she gravitates toward small designers and fan art. One of the pieces she is wearing a fan made for her. Her videos and album art come out of that inspiration. Fans interpret her music and make her something and then she wears it. It’s this beautiful interactive moment.” 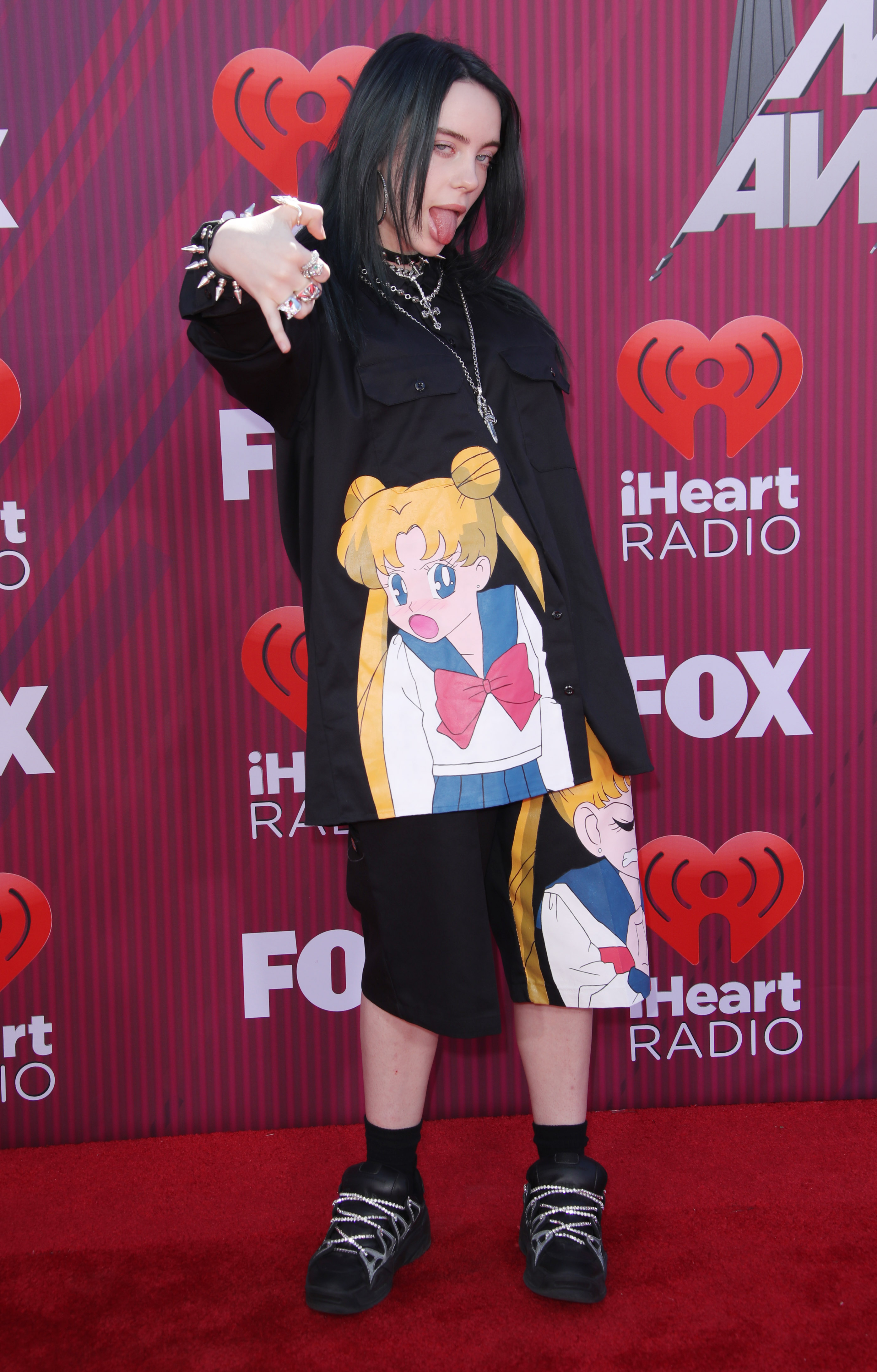 It’s also Virgil Abloh day. Not only is he performing, but several people in his orbit are, too, including Kid Cudi (they collaborated on an Off-White collection), and Sheck Wes, who walked in Abloh’s fall 2019 Louis Vuitton runway show. Colombian singer J. Balvin, who recently debuted the Vibras collection of Coachella-ready duds with Guess, is also on the roster, as is Hollywood hunk/DJ Idris Elba, and Maggie Rogers, who sat front-row at Rodarte’s fall runway show in L.A. 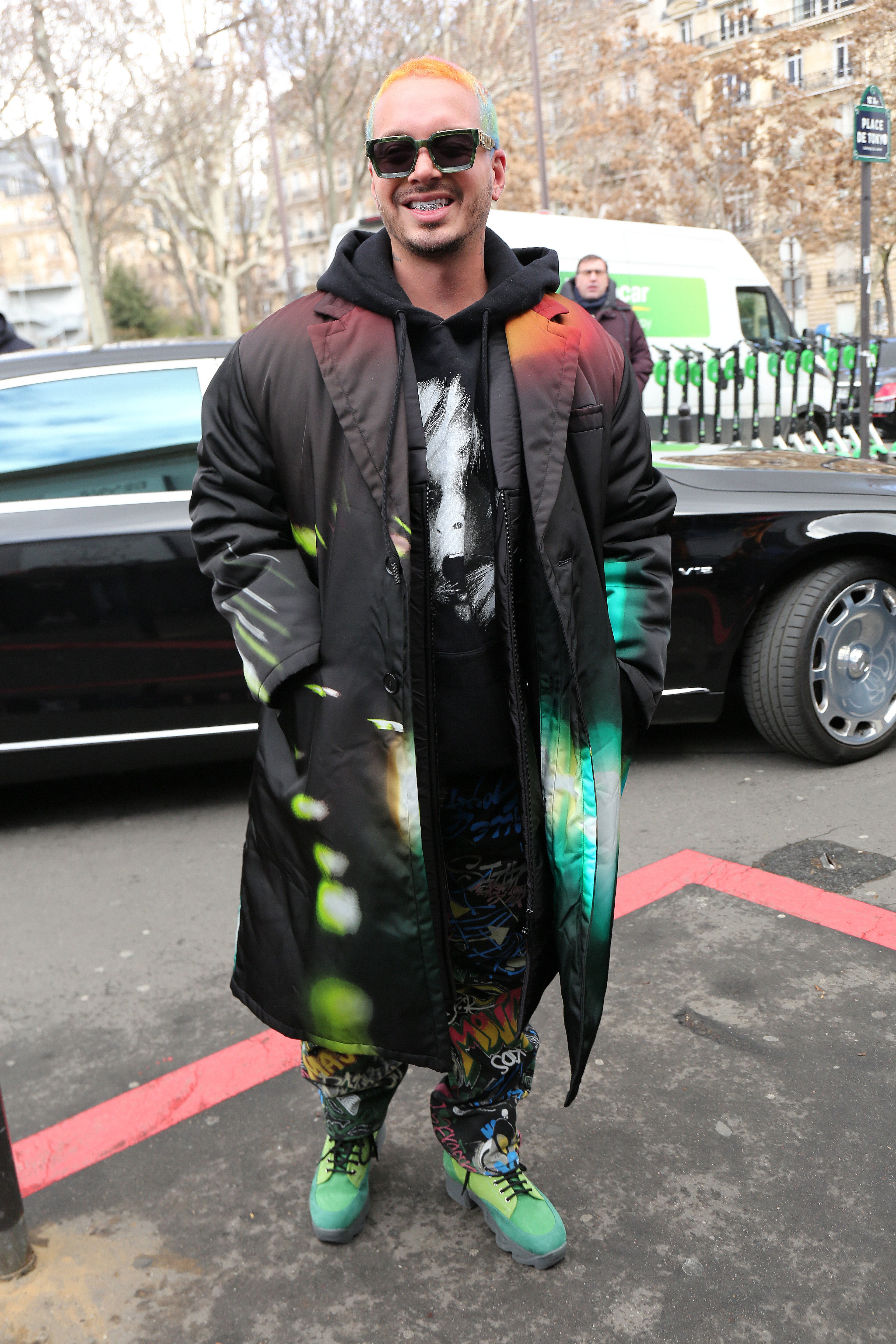 Sunday: Ariana Grande is the one to watch fashion-wise (expect short skirts and long boots). She’s being styled by Law Roach, who just came off helping to orchestrate the successful Tommy x Zendaya collaboration and Paris fashion show. The J-pop trio Perfume is known for their futuristic, matching looks and Abloh-approved Playboi Carti and Pusha T are both performing. Female rapper Rico Nasty, who walked the Gypsy Sport show and sat front-row at John Elliott, is also taking the stage, as are Latin trap star and loud dresser extraordinaire Bad Bunny; body-positive rapper Lizzo, who has modeled for Lane Bryant, and Nigerian breakout Burna Boy, who is making a name for himself with his Afrofusion style. On weekend two, you can catch Kanye’s Sunday service, where there will no doubt be lots of Yeezy on display. 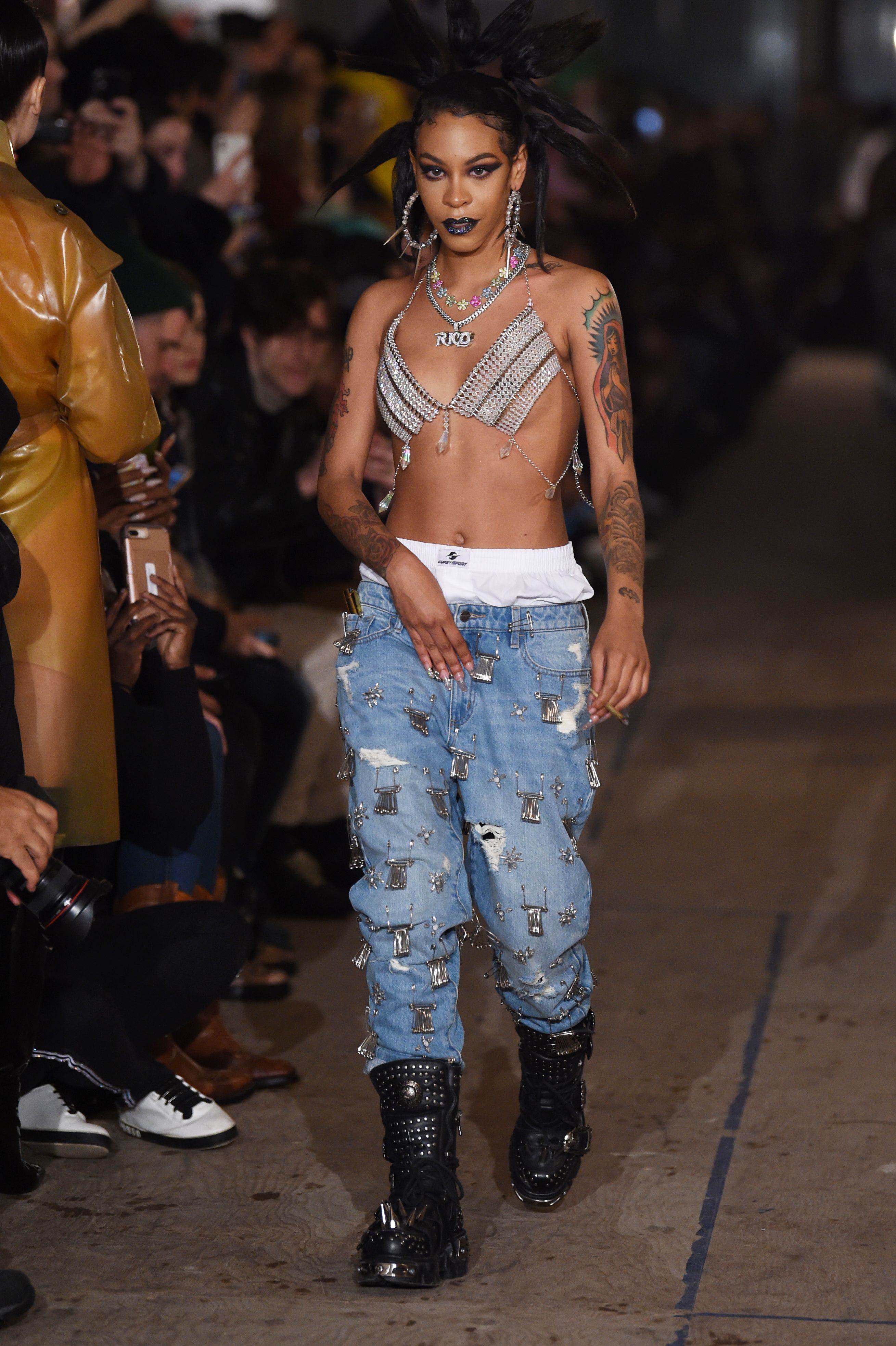 The parties: Bringing an international flair to the party scene, YSL Beauté and Tmall got a jump on the festival Thursday night by hosting a party at the Parker Palm Springs featuring Chinese stars, including Lexie Liu, Yang Yunqing (or Sunnee) and Jiayuan Dou, while Donald Glover hosted the premiere of his new film with Rihanna, “Guava Island.”

Other brands activating through the weekend include Instagram, Lyft, American Express, Lucky Brand with Rolling Stone magazine, Nylon magazine with JustFab and ShoeDazzle, Create and Cultivate with Express and TRESemmé, Rolls-Royce with Wynn Resorts and on and on.

The style statements: “For me and my clients, we’ve moved away from festival fashion in the boho sense,” said Maeve Reilly, who will be styling Hailey Bieber, among others. “Flower crowns will not be coming anywhere near my styling rack.”

Instead, she’s inspired by Nineties supermodels, mixing in streetwear looks from Off-White, denim from Levi’s and Re/Done, with authentic vintage pieces, such as Versace jackets from Treasures NYC and What Goes Around Comes Around. Reilly will be attending the Levi’s brunch with Bieber, the new face of the iconic 501 jeans, a honor she thinks her client has earned in spades. “The tomboy look — hot girls in boy clothes — she was on the cusp of that early. I love seeing how it influences people.”