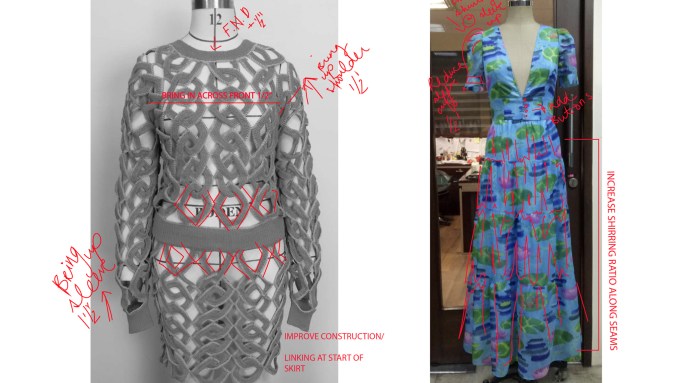 “It definitely felt at times that this was the worst time ever to launch,” said Colin LoCascio of debuting his eponymous label with fall 2020 right before mass lockdowns. For young brands, and especially those that have launched during quarantine, being nimble has been key to survival and the industry’s long-needed reset.

The New York-based designer has made shifts of his own since February’s debut. He moved development from small manufacturers in New York, which are now closed, to factories in India, Asia and Italy, and is focusing on how his novelty aesthetic can work into versatile pieces with a longer lifespan as opposed to one-off statement looks.

Ahead of lockdown, LoCascio had built hype around custom designs for Cardi B and other musicians. His blend of printed mesh jumpsuits, neon leathers, faux fur outerwear and Nineties iconography is loud-yet-wearable and easily lends itself to the music video and on-stage markets. He honed his skills at RISD, Adam Selman, Elizabeth and James and Marc Jacobs before becoming the design director at Kendall+Kylie.

The spring 2021 collection, his second, began with a quieter approach while he quarantined with natural surroundings in Rhode Island. Swimming afforded mental clarity, which led to research into beach iconography from Helmut Newton’s photos of Jerry Hall and Jean Pigozzi’s “Pool Party” series. The sand and water inspired the color palette and textural play of crochets and engineered jacquards.

Core pieces included crochet knitwear in the form of a lacey skirt with a stretchy malleable form and a long mesh dress and sweater with the option of tacking on playful frog-shaped embellishments. His answer to the current casual and ath-leisure trend is the debut of 12 denim pieces with sun-dried and acid wash textures, including a jacket and shorts with multiple bubble-shaped pockets that LoCascio says “can get reiterations and reuse.” Statement pieces in line with what fans expect include a faux fur coat in a mix of lavender and orange, along with six new prints on mesh in tie dye and watercolor patterns.

Here, LoCascio shares sketches and illustrations of color concepts and looks from spring 2021, which he’ll present to buyers in Paris and Dubai throughout October.