Collections: The Mentors and Experiences That Shaped Many of the Biggest Designers

With all eyes on Nicolas Ghesquière protégé Natacha Ramsay-Levi, WWD looks at the industry's most influential designer mentors. 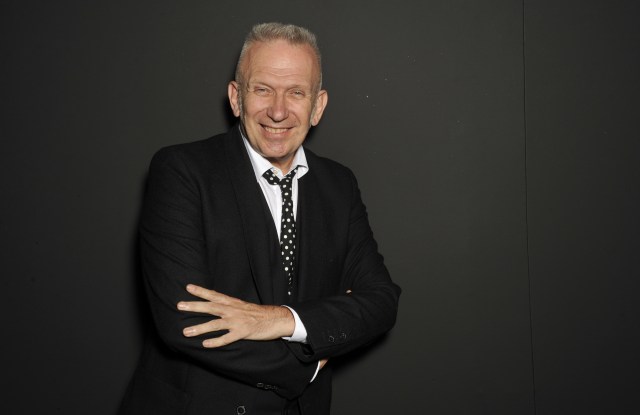 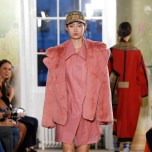 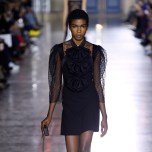 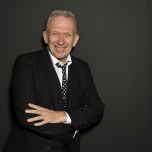 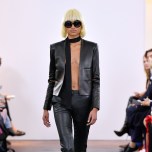 As the trend for seconds-in-command landing main gigs continues to gain momentum, all eyes in a season of debuts were on Natacha Ramsay-Levi for her initial effort as the new creative director at Chloé. Adding to the buzz was her protégé status, since she shadowed Nicolas Ghesquière at Balenciaga and Louis Vuitton for around 15 years before getting her big break.

Ramsay-Levi joins a slew of alumni from the Ghesquière school who have landed bigger roles, including Paco Rabanne’s Julien Dossena, who worked for four years under Ghesquière at Balenciaga — “often 24/7”; Atlein founder Antonin Tron, and Bouchra Jarrar, who launched her now-shuttered signature house in 2010 after 15 years of behind-the-scenes toil, most notably as studio director at Balenciaga and head of couture design for Christian Lacroix.

Ghesquière, who as a teenager did a summer internship at Agnès b., and worked for Corinne Cobson on the weekends and during school vacation, got his start in fashion by filing, photocopying and cataloguing fabrics at Jean Paul Gaultier. One of the ultimate designer’s designers of the Eighties and Nineties, Gaultier himself mentored a number of industry talents, including Martin Margiela.

Skipping back a few generations, a young Gaultier in 1970, on his 18th birthday, landed a job as studio assistant to his own mentor and idol — Pierre Cardin — even if Yves Saint Laurent arguably proved more of an influence on his universe.

Among other examples of studio-hand-to-star-designer paths, Christian Lacroix was a protégé of Jean Patou; Giorgio Armani worked under Nino Cerruti for six years — from 1964 to 1970 — before going on to eclipse his mentor, and more recently, Cedric Charlier spent six years as Alber Elbaz’s assistant at Lanvin before going to Cacharel as creative director from 2009 to 2011 before launching his own line.

For Mary Gallagher, European associate for New York-based search firm Martens & Heads, which counts Burberry among its clients, Elbaz has been the most influential designer in recent years in terms of designer schools, nurturing a flow of promising number twos — although it’s always tricky predicting which studio talents will make it into the spotlight. “[Central Saint Martins’] Louise Wilson would always give him her best students, it was an incredible talent pool that brands picked from when he left Lanvin,” said Gallagher.

Here, WWD selects some of the most influential designer schools.

The school of Nicolas Ghesquière:

1997 to 2006: Bouchra Jarrar in 1997 was promoted to Balenciaga’s studio director by then newly appointed creative director Ghesquière. She stayed for a decade, leaving in 2006 to become the director of Christian Lacroix’s couture atelier for the following three years. She launched her since-shuttered signature label in 2010 during couture week in Paris. She succeeded Alber Elbaz as creative director at Lanvin, but parted ways with the house after two years.

2002 to 2017: Natacha Ramsay-Levi started her fashion career at Balenciaga in 2002 and rose through the creative ranks to become Ghesquière’s top design deputy. When the Frenchman exited Balenciaga in 2013, she went on to consult for several brands, including Hermès and Acne Studios, before rejoining Ghesquière at Vuitton in 2014, according to a source. Three years later she was appointed creative director of Chloé.

As reported, it is understood that Ghesquière has been supportive of Ramsay-Levi taking the Chloé job, and that her post will be filled internally at Vuitton. In an Instagram post on the day of his Louis Vuitton show inside the Louvre Museum in March, Ghesquière posted a photo of him with Ramsay-Levi alongside a touching tribute.

Julien Dossena joined Paco Rabanne in early 2013 to help design the label’s fall ready-to-wear collection, under former creative director Lydia Maurer, and was appointed creative director in the same year. In parallel, he launched his own rtw label, Atto, together with his design partners Lion Blau and Florent Buonomano, which has since been put on hold.

1999 to 2007: Specialized in men’s fashion, Barnabé Hardy worked alongside Ghesquière for many years, both at the Italian label Callaghan and Balenciaga, where he created and designed the men’s line for eight years. In 2015 he was tapped to head men’s wear at Carven, succeeding Guillaume Henry. Hardy has worked on Karl Lagerfeld’s signature line, and is now working with Isabel Marant on her men’s line.

2012 to 2017: After stints working on the men’s line at Louis Vuitton and the women’s line at Givenchy, Anthonin Tron for a year worked under Ghesquière at Balenciaga. Since launching his label, Atlein, in 2016 the designer scooped Andam’s 2016 First Collections prize and was nominated for the 2017 LVMH Prize and until recently has continued to freelance for Balenciaga.

The school of Christian Lacroix:

1986 to 1990: Christophe Lemaire spent four years being mentored by Lacroix before launching his line. The well-respected designer was artistic director of women’s wear at Hermès from 2010 to 2014 and since 2015 has been designing lines for Japanese retailer Uniqlo.

1988 to 1997: Lars Nilsson worked as Lacroix’s personal assistant for nine years before being named director of the couture studio for John Galliano at Christian Dior in the mid-Nineties. He moved to York later in the decade to work as women’s design director for Ralph Lauren before taking on the creative director role at Bill Blass for two years. After he was let go from Blass, he was at Nina Ricci between 2003 and 2006. Nilsson in 2007 was tapped to lead the Gianfranco Ferré label after the designer’s sudden death earlier in the year, but it wasn’t to last, with Nilsson ousted after a few months on the job. He has since worked with brands including Mabro and Fast Retailing’s Comptoir des Cotonniers and Princesse Tam Tam.

1997 to 2007: Schiaparelli creative director Bertrand Guyon, who in his early career worked under Hubert de Givenchy and his two successors — John Galliano and Alexander McQueen — spent a decade working as Lacroix’s right-hand man before heading to Valentino to help shape the couture and rtw collections by former creative duo Maria Grazia Chiuri and Pierpaolo Piccioli.

2006 to 2009: Bouchra Jarrar in her final behind-the-scenes role served as director of Lacroix’s couture atelier for three years before launching her signature label in 2010. She succeeded Alber Elbaz as creative director at Lanvin in 2015, but parted ways with the house after two years.

The school of Martin Margiela:

Although fashion’s invisible man, Martin Margiela, made his final disappearing act back in 2009, the Belgian fashion maverick nurtured scores of alumni now scattered across the industry.

1989 to 2012: Nina-Maria Nitsche, the newly appointed creative director at Brioni, spent a mighty 23 years at Margiela, mainly by the house founder’s side, sliding into the driver’s seat for three years after his resignation in 2009.

1997 to 2000: Lutz Huelle enjoyed an intense three-year stint working with Margiela on his knitwear and Artisanal collections before launching his signature line in 2000. The designer has been a consultant at Max Mara Fashion Group since 2000, and is a visiting tutor on the Central Saint Martins MA course in London and the École de la Chambre Syndicale de la Couture Parisienne in Paris.

2001 to 2005: Dutch designer Paul Helbers was studio director of men’s wear at Margiela before being tapped to head men’s at Louis Vuitton from 2006 to 2011 under then-artistic director Marc Jacobs. The designer since has collaborated for brands including Callens and in January 2016 launched his own men’s wear collection, which has since been put on ice due to production issues.

“For me it was a great school, very strict, serious in its approach — knowing that you won’t be designing a lot of things and then editing, but instead really thinking before you draw something,” Helbers told WWD of his Margiela years.

2005 to 2008: Nadège Vanhee, head of women’s ready-to-wear at Hermès, spent three years in Margiela’s studio before going on to work at Céline, under Phoebe Philo, and The Row.

2009 to 2013: He narrowly missed working with Margiela the man, but Demna Gvasalia, who headed up the house’s women’s collections from 2009 to 2013, for many represents his spiritual son.

After Margiela, the Georgian-born designer spent two years at Louis Vuitton — initially under Marc Jacobs and briefly under Nicolas Ghesquière — before striking out to launch Vetements out of his Paris apartment with his brother Guram and a team of friends. The project thrust him onto the international radar, and in 2015 he was appointed artistic director of Balenciaga.

The fashion graduate of the Royal Academy of Fine Arts in Antwerp accepts parallels in Vetements to Margiela in the “approach that I personally learned when I worked there, where you start out basically loving clothes and turning them inside out, seeing how they’re made, and being inspired by the actual clothes to make new clothes.”

The school of Tom Ford:

1996 to 2001: Christopher Bailey in Milan worked for five years as a women’s wear designer for Ford at Gucci, before being named creative director of Burberry in 2001.

2000 to 2004: Clare Waight Keller, who started her career in New York in the Nineties, working at Calvin Klein and Ralph Lauren, served as senior women’s designer at Gucci during the Ford era. Her big break was her appointment as creative director of Chloé in 2011. Earlier this year she was named creative director of Givenchy.

2000 to 2004 (at YSL): Stefano Pilati, who joined YSL in March 2000 as women’s design director under Ford, ultimately taking on responsibilities for all product categories, became his successor at the French house in 2004. Before that, he had a five- year career at Prada Group, where he worked on the Miu Miu collections for men and women. Before that, the Milan-born Pilati was a designer at Giorgio Armani.

The school of Jean Paul Gaultier:

1984 to 1988: Martin Margiela began his career in Paris in 1984 as an assistant to Gaultier, going on to launch his own house — one of the most influential fashion brands of modern times — in 1988.

1990 to 1992: Hailing from the small French town of Loudun, and without any formal fashion training, Nicolas Ghesquière, creative director of Louis Vuitton since 2013 and former creative director of Balenciaga, got his start in fashion by filing, photocopying and cataloguing fabrics at Jean Paul Gaultier.

1992 to 2000: Peter Dundas cut his teeth working behind the scenes at Gaultier, Christian Lacroix and Roberto Cavalli, where he was head designer for three years. His first major solo appointment came in 2005 when he was named artistic director at Emanuel Ungaro. The Norwegian designer from 2008 spent seven years at the design helm of Emilio Pucci before returning to Cavalli in 2015, this time in the role of creative director. He parted ways with the firm in late 2016, and launched his signature line, Dundas, during Paris Couture Week in July.

2005 to 2013: Serkan Cura, a Belgian national of Turkish origin, graduated from the Antwerp Royal Academy of Fine Arts in 2005 and then worked for four years in Gaultier’s couture studio, researching new handiwork techniques and fabrics. It was there he developed a passion for feathers and corsetry, going on to launch his signature line in 2012.