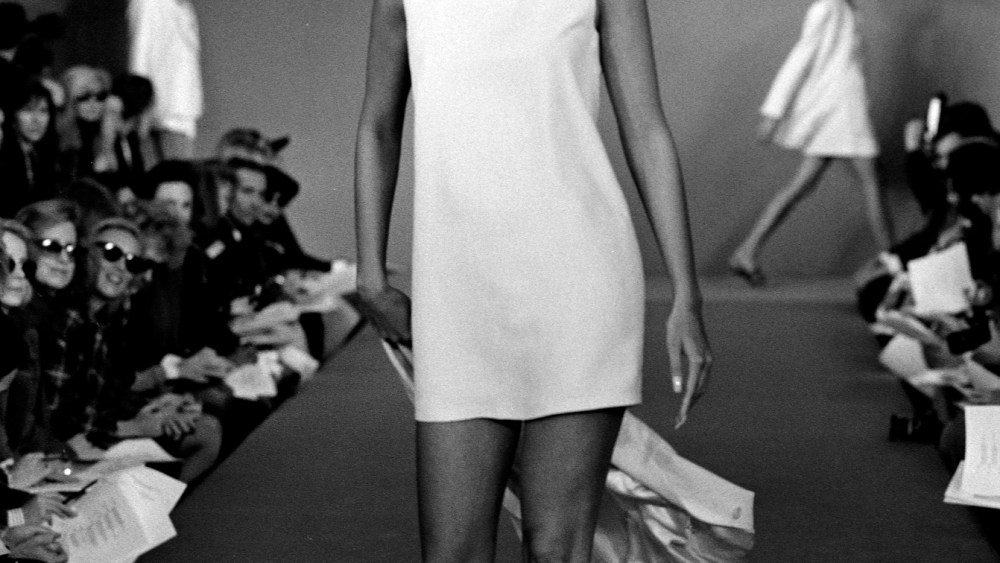 For many work-from-home-ers, an 8 a.m. Zoom meeting may only require a T-shirt and a pair of leggings. While there is nothing wrong with that combination, in this current social climate of stay-at-home, the desire to not get dressed for the day is a likely scenario. We are all victims.

Let’s consider this moment where we adopt the wear, rinse, repeat cycle with a familiar group of clothing items that need no introduction or Instagram following. The forerunners include a tank top, T-shirt, leggings, sweatpants — stop. The remainder — caftans, gowns, robes, sleep shirts and pajamas — have been around a lot longer. These minimalist shapes that have been developed in an array of natural fabrics, or chemically innovated ones, embody the definition of “comfort.”

Fashion loves history. With a timeline of discoveries surrounding clothing and human behavior, it is no surprise that the aforementioned items were discovered as early as the Bronze Age. T-shaped items, which evolved into today’s T-shirts, tanks, tunics and tank dresses. T-shaped designs were paired with string-like skirts and “chausses” leg coverings in the 15th century. It is worth noting that leggings, a staple for many staying at home, could qualify as a classic alongside the Little Black Dress and trenchcoat. For many, each of these simple silhouettes have and continue to form the basic civilian wardrobe at work, home and play.

Here is a list that considers the aesthetics of comfort via ready-to-wear collections from the 20th century forward. All prove true that’s what old is new.

• The Short Tunic was paired with short shorts from Zoran’s 1987 resort collection.

• The Grecian Column was shown by Madame Gres in silk jersey during the Fifties and by Mary McFadden in the spring of 1983.

• The Robe was reimagined by Diane von Furstenberg as the wrap dress in 1972, revisited in 1998 and in many seasons since.

• The House Dress was reimagined in more relaxed versions by Halston in ultra suede for his fall 1973 collection.

• The Tank Dress made an appearance in Calvin Klein’s spring 1991 rtw collection.

As fashion continues to cultivate ideals based on currents in our social climate, comfort is important to this continuing evolution. Although fashion is on pause, the building blocks for the stay-at-home wardrobe are endless.

It certainly hasn’t always been that way. Deirdre Clemente, who writes and teaches about the meaning of clothing at the University of Nevada, Las Vegas, noted how for centuries fashion was about being uncomfortable and about body distortion. The shift to more comfortable, less restrictive and body-baring options was partially sparked by the introduction of women’s sports in colleges, the bicycling craze of the Twenties (which allowed for shorts) and the acceptance of women wearing short skirts and no pantyhose in the Sixties, among other factors. Another major factor in the comfort-is-king trend was due to the rise of synthetic fibers, which changed how people fit in their clothes and offered them easy care options, Clemente said. “Not only do we want comfortable clothes, but we want comfortable clothes that don’t require a lot of energy.

“We’ve come to expect clothing to be comfortable in a way that other generations haven’t, because clothes are so individualized and personalized,” Clemente said. “Why should you feel uncomfortable in them as opposed to let’s say 1955, when you have to go out to pick some things up from a store, grab your kid from school and run an errand, and you have to be publicly presentable.”

The changing standard of what is appropriate to wear in public (not that that is currently a pressing concern for many stay-at-homers) is another factor. That shifted partially due to America’s car culture and people being heavier, she said. Many consider the ultra-relaxed looks that they have taken to during the COVID-19 lockdown to be more of a contemporary trend. But a further look back shows the decades long trend, Clemente said.

“I have educated fashion writers say to me, ‘Well, in the Sixties when everybody started dressing down…’I’m like, ‘Um, that’s been going on since the Twenties,’” she said. “There’s this idea that people don’t look back at things. The changing standard of what is comfortable is distracting. What will be comfortable for my kids certainly will be far from the world of what would be comfortable for my mom.”

As for how the current dressed-down trends may alter future ones, Clemente said they could “kill off the last vestiges of formality” that lawyers, hotel managers and some other professionals must adhere to. On a broader scale, she said, “I am sure 150,000 percent that this pandemic will fundamentally change the way Americans dress.”

Ruth Holliday, professor of gender and equality at the University of Leeds, offered another view of comfort in “The Comfort of Identity,” an article that centered on queer people. “What I’ve argued is that it doesn’t really matter what clothes are like if people find them comfortable and they fit their identity. It’s not the physical comfort that matters. Really anything can be thought of as comfortable as long as you feel it expresses who you are,” she said, “Wearing clothes in a particular way is telling other people, who you are. So the discomfort mainly comes from people misreading you or going against your intended expression of yourself.”

Her research has also shown that there tends to be a continuity in a person’s identity at work, as well as at rest and at play. “There was something that carried through the kind of casualwear that you have on slobbing around at home, with the kind of clothing you wear out on-the-town and the clothing that you wear at work. There is some kind of continuity in that because people still want to do something about expressing who they are,” Holliday said.

Like many, Holliday said her WFH dress codes are more comfort-driven but that will change. “I’ve completely stopped making any effort at all really in how I dress. At the moment, I’m wearing a pink fluffy fleece that belonged to my daughter, which is perfect for home working. It’s nice and warm so I don’t have to put the heating on,” Holliday said. “I’m making these very practical choices. Everything that I do is Skype or Zoom or Teams, so people only see me from the neck up anyway. Once I’m back in an office situation, I’ll probably have to go to dressing for that context.”

Post-pandemic, Holliday expects that “the fashion industry is probably going to suffer quite a lot, because obviously people will have a lot less money and [the question] is what they’re going to prioritize that on. There is a sense that fashion will become less of a priority and people might buy fewer outfits,” she said.

But given all the dress-to-impress jokes and the popularity of “Dress Up Friday,” there is a chance that people will emerge wearing their best and most impressive clothes – perhaps even wearing eveningwear to the office, according to Holliday. They may also break out their most casual clothes now that we’ve seen top celebrities, scientists and politicians in sweatshirts and other comfortable clothes. “Maybe they will be alternating between the two,” Holliday said.