Coming of Age for Korean-Americans

From fashion schools to designers and owners, there are fresh ideas and energy. 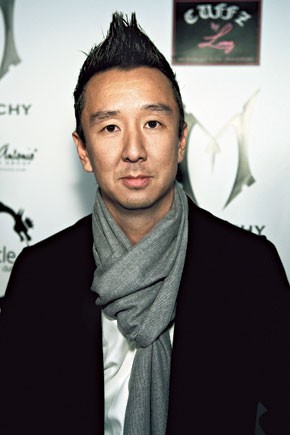 From fashion schools to designers and owners, there are fresh ideas and energy.

In Southern California, Korean-Americans, one of the region’s largest Asian minority groups, are making an impact in apparel.

Like the children of immigrants before them, second- or so-called 1.5 generation Korean-Americans who came to the U.S. as children are taking over their parents’ businesses or blazing paths of their own with plans to achieve levels of recognition unimaginable to the first generation.

However, in the West, home to about half of the U.S. Asian population, most Asian-American-run apparel companies have resided in relative obscurity. Even Lim, whose Chinese family immigrated to California via Cambodia and who sparked a cult following at Vernon, Calif.-based Development, left for New York to pierce the mainstream with his own brand.

But Korean-Americans are helping to change all that. A cluster of Korean-Americans helming Los Angeles area denim companies exemplify the community’s leap from the background to the foreground. In addition to Hwang at Pierce Jeans, Peter Kim is president and chief executive officer of Hudson Jeans, Eric Kim is the founder of Monarchy, Samuel Ku is design director at AG Adriano Goldschmied, David Lim is the designer of Kasil, Kimmy Song is the ceo of !iT Jeans, and husband and wife James Sway and Seun Lim are the founders of James Jeans.

L.A.-based Forever 21, owned by Korean-American Don Chang and his wife Jin Sook, has become a $1 billion retailer that has given the U.S. a foothold on the fast-fashion roller coaster otherwise ruled by European companies.

“In L.A., there are handful of brands that are owned or designed by Asians and Koreans in particular. We are only going to start seeing more and more,” said Ku, 29, specifically speaking about premium jeans brands.

And there are likely to be more Korean-Americans rising to the upper echelons throughout the California fashion industry. In higher fashion and contemporary brands, designers Jenny Han, Joy Han and Julie Kwan at Rhys Dwfen are among those making a mark.

At Otis College of Art and Design in Los Angeles, 26 percent of the almost 1,200 students in the 2007 to 2008 school year were Asian or Pacific Islander. Dean of admissions Marc Meredith speculated that Koreans or Korean-Americans make up the “great majority” of Otis’ Asian students. A representative from the Fashion Institute of Design and Merchandising said the school didn’t break out student demographics, but anecdotal evidence suggests that Korean and Korean-American students are a substantial presence on campus.

Meredith broke down the Korean students at Otis into three groups: the largest is Koreans who left their native country for high school or junior high in the U.S. before entering Otis, followed by Korean-Americans who were born in the U.S. or have lived here since an early age, and then international students directly from Korea.

A combination of cultural and economic influences have thrust Korean-Americans into the U.S. fashion industry. Before 1965, Koreans were not permitted to come to the U.S. with their families and only select individuals were allowed to make the move. The number of Koreans arriving in the U.S. swelled in the succeeding decades, as immigration laws changed, and peaked during the Eighties and early Nineties.

The garment industry in Korea was bustling during this period affording the new Americans opportunities to import clothes and sell them less expensively than domestic goods. Koreans quickly proliferated at all levels of the California apparel industry, by some estimates accounting for 60 to 80 percent of the sector’s employees.

As the drive for cheaper products dealt a blow to local apparel firms, Korean-Americans who had forged livelihoods based on imports were forced to adjust.

Pyong Gap Min, sociology professor at Queens College in New York and the Graduate Center of the City University of New York, said there were about 700 Korean importers in Los Angeles in the Eighties and Nineties, a number that has dwindled to around 150. To cope, many importers were compelled to enter categories where quality and style are valued in addition to price, such as premium denim, and contemporary and higher fashion.

Korean-Americans who spent their formative years in the U.S. didn’t experience some of the integration issues of older immigrants, chief among them the language barrier. Language was a factor in Korean-Americans’ entrepreneurship because it was easier for immigrants to work for themselves rather than in the corporate world. Koreans owned about 136,000 firms in 2000, and about one-third of Korean immigrant householders were involved in self-owned companies.

“The language was very difficult. I know why it is so difficult for the first generation,” said Jene Fuchs, chief operating officer of L.A.-based fashion brand Thomas Wylde, who was 30 when she arrived in Los Angeles from Pusan, South Korea, in 1992 to study at the Fashion Institute of Design and Merchandising. “Korean is totally different than American English. People tend to kind of intimidate you. ”

Second-generation Korean-Americans also have the advantage of understanding the American cultural consciousness with ease — and with that understanding comes a power to put a stamp on fashion the way their parents could not.

“You find the younger generations more tuned into the latest trends in fashion,” said Kent Smith, executive director of the L.A. Fashion District.

One of those trends is the tendency for brands to become lifestyle umbrellas, a goal of many Korean-American-led companies.

Citing Vera Wang as a model, contemporary Korean-American designer Jenny Han said, “I hope we get to the level where we can be a well-rounded brand….I want to expand categories, whether it be bridal or men’s or whatever it may be. We want to be [lifestyle] brand.”