The MAGIC megashow continues to grow, as do its smaller competitors. 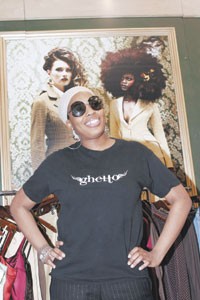 LOS ANGELES — Retailers will need to invest in some comfy walking shoes for the next MAGIC trade show at the Las Vegas Convention Center, Aug. 29-Sept. 1, because the already expansive show will be adding a collective 30,000 square feet of additional selling space for its collaboration with the JCK jewelry show and the ISAM swimwear show.

The new shows have been added in response to growing demand from the retailers for those categories, said MAGIC marketing director Camille Candella. The accessories, junior accessories and JCK exhibitors will be housed together in the Las Vegas Hilton, adjacent to the LVCC and connected by a skywalk. ISAM, meanwhile, will occupy a separate pavilion within the resort category at WWDMagic. Exhibitors and retailers will be able to register at both venues.

“Since August 2003, we’ve seen a 20 percent increase in the of number of buyers looking for accessory resources,” said Candella, who added that the show has also seen a 24 percent increase in accessories exhibitors. A survey of retailers revealed that 50 percent either carry or plan to carry jewelry.

Although JCK markets a range of jewelry, from fine to fashion, it is the fashion category that will be presented at MAGIC. “We’re really going after trends in silver, gold, alternative metal and semiprecious stones,” said Candella.

The show, which will add 10,000 square feet of selling space to MAGIC, is already 80 percent sold, and Candella said that they are open to allowing for more space if the demand continues to grow at this pace.

“The natural synergy that exists between the JCK brand, the meeting place for the fine jewelry industry, and the MAGIC event, the epicenter of the fashion industry, is tremendous,” said JCK vice president Dave Bonaparte, in a statement. “[It’s] a wonderful venue for our jewelry designers and manufacturers to forge new relationships and partnerships with tens of thousands of boutique owners.”

ISAM will receive 20,000 square feet of selling space, not including MAGIC’s swimwear category, which will be located adjacent to the ISAM show so buyers can easily shop all vendors.

“ISAM tried to do a stand-alone show on its own, and it wasn’t as successful as they’d hoped,” said Candella, adding that the partnership was just formalized at the end of May.

ISAM director Barbara Brady said that she’s not necessarily expecting a huge jump in attendance, but thinks convenience for the buyers is key. For the past two years, ISAM showed at the Mandalay Bay Convention Center.

“The thought process was to make it easier for retailers to get back and forth between the convention center and where we are,” said Brady. “Swimwear is such a small segment of apparel that to think that we’ll get four times the number of buyers is unrealistic. I’m sure some manufacturers will pick up some new business from retailers that would not normally carry swimwear.”

The addition of these shows is not simply something that MAGIC is trying on for size, insisted Candella.

“It’s a long-term partnership,” she said. “We’re invested in both of them, and are planning to see how it goes for the next three years.” Both the JCK and ISAM contracts are for three years.

In addition to the announcement of the new shows at MAGIC, the company is also busy growing existing categories, such as the contemporary market. Not only has it been a booming segment for MAGIC, but contemporary splinter shows such as Pool and Project, held at the Mandalay Bay Convention Center, have been luring retailers to the other end of the strip in search of alternative sources.

“We’re planning some exciting events for the premium contemporary market and will add additional things to that market as a whole — sportswear, denim,

T-shirt collections,” said Candella. “We are creating a complete and total destination for that market.”

Candella said the Platform contemporary section at MAGIC was really the “nucleus” for the expansion into this market and the concept.

“With contemporary, you also have the strength of MAGIC in addition to serving a niche market segment, because you have people that buy $300 jeans along with $20 Ts,” said Candella. “We’re really digging deep to build those niche markets.”

In response to whether shows such as Pool and Project have been stealing the limelight from MAGIC in the contemporary category, Candella said that it was really buyer-driven.

“At the end of the day, buyers tell us, ‘Why don’t you make it easy on us?'” Besides, said Candella, “If MAGIC weren’t in Vegas, would any of those shows be there?”

But shows like Pool continue to grow. According to the show’s spokesman, they have already confirmed more than 200 new participants for this August — lines such as Smashbox denim, Ranahan Jeans and Edoc, which features activewear with a political bent.

Although fickle buyers may show-hop for clothes, sourcing and fabric needs continue to be areas of great strength for MAGIC, whose spokesmen said they expect continued growth in these arenas, particularly with the end of quotas. There were 464 exhibitors at the last show, and well over 600 are expected in August.

“The end of quotas has happened, and these manufacturers and factories are looking to form a relationship with the U.S. market,” Candella said. “Now [retailers] can bring [their] product development team to meet the factories.”

To that end, MAGIC has added a new category called Original Design Manufacturing, which will feature companies that can produce private label designs for retailers looking for predesigned private label products at small quantities of about 360 pieces. More traditional private label orders with designs generated by retailers require purchases of about 2,000 units.

“It is really a way to try out new designs at lower quantities,” said Candella. “We’re vertically connecting the industry.”

Of course, aside from to new show additions and expansions of current categories, MAGIC will continue to get its requisite celebrity appearances and celebrity line launches, said MAGIC spokeswoman Ernae Mothershed.

“If we had a show without celebrity lines, I’d be in shock; and we have a number of them returning,” she said, although she declined to name names.

February’s show included new lines from celebs such as Jessica Simpson, Macy Gray and will.i.am of the Black Eyed Peas, along with appearances from Pamela Anderson and Nicole Richie.

Said Mothershed, “We definitely will have a number of them, obviously, because it’s a great launching pad.”