Good design is easy to spot, but tricky to define, and no one knows that better than those who attended Thursday's Cooper-Hewitt National Design Awards. 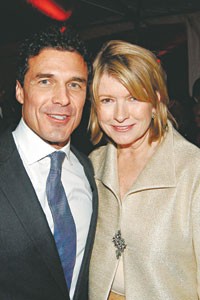 NEW YORK — Good design is easy to spot, but tricky to define, and no one knows that better than those who attended Thursday’s Cooper-Hewitt National Design Awards.

Before the festivities were in full swing, a few design heavyweights tackled the question, “What constitutes good design?” “Anything that is not vulgar,” said Massimo Vignelli.

Saks Fifth Avenue chairman and chief executive officer Fred Wilson wasn’t about to single out any favorite nominees, but described good design as “things that are aesthetically pleasing, practical, enduring and emotional.”

With one arm around architect Tod Williams and the other around Vignelli, Richard Meier said, “Good design is having all these people in this room tonight.”

Interestingly, some of the biggest crowd-pleasers were not from the design world. Tom Brokaw — having kayaked in Russia, climbed Mount Rainier and fished in the North Arctic Circle with Patagonia founder Yvon Chouinard — wasn’t above giving a friendly plug for his pal’s new book, “Let My People Go Surfing,” about how to run a successful business in an unconventional way. Patagonia, which won the corporate achievement award, donates 1 percent of its annual sales to organizations that help protect the environment.

Chouinard said, “We have a belief at Patagonia that a product is perfect when you can’t take anything else away. So I will be brief and thank you.”

Perhaps no one was more pleased to win than fashion honorees Isabel and Ruben Toledo, the husband-and-wife design team behind Toledo Studio. As soon as presenter Simon Doonan mentioned he met the winners when Diana Vreeland ran the Costume Institute in the Eighties, Ruben Toledo leapt up from a table to embrace his wide-eyed wife. “I am the happiest woman in the world right now,” said Isabel Toledo, choking back tears. “Thirty-one years ago, we started doing this, and it gives us life. The designing and fashion and the chaos of it all has always worked so well for us. If there is one design award I’ve always wanted, it was the [National] Design Award.”

Afterward, Reed Krakoff, president and creative director of Coach, the evening’s sponsor, said he was pleased to see the Toledos win. “They’re people who have a pretty small business, which a lot of times precludes people from getting credit.”

Another contender in the fashion category, Project Alabama designer Natalie Chenin, said, “For me and for all the ladies in Alabama, this is an honor to have the design world look at what we are doing. For the artisans, especially, this is very empowering.”

Lifetime Achievement Award-winner Eva Zeisel, who created 100,000 designs in her 75-year career, capped off the night. “Let me give you some advice. First of all, have a very good time producing things which you copy from your head,” said the now-visually impaired Zeisel, using her hands to trace the shapely ceramics she is known for. “Are you watching me?”