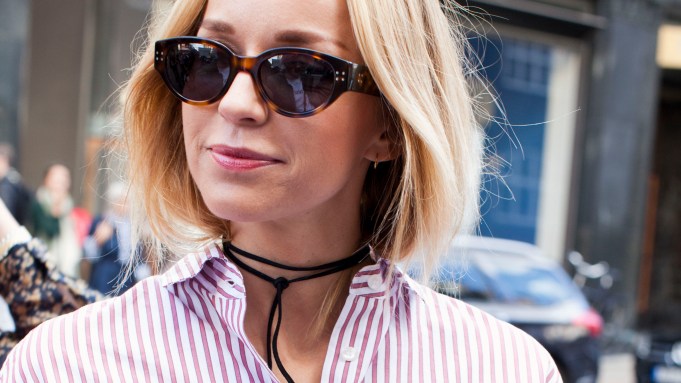 Total exports of Danish fashion rose 1.6 percent to 7.3 billion Danish kroner, or $1.1 billion, in the first three months of 2016. This comes after a 6 percent rise in 2015 to 26.3 billion Danish kroner, or $3.91 billion at average exchange, according to Dansk Fashion and Textile, the trade association for Danish textile and clothing companies. (The association predicts that total exports of Danish fashion will be up 1 percent for the full year.)

“The currency situation with the British pound is a major concern for our members,” said Michael Hillmose, head of international affairs at Dansk Fashion and Textile, noting that it makes prices of Danish goods increase roughly between 5 and 10 percent for U.K. buyers. “Another concern for the wholesale business is the sales shifting to the big international online players. A third is the negative impact of the Brexit on the British economy and the implications of the U.K. leaving the European Union in the long term,” he said. Danish fashion exports to the U.K. were up 25 percent last year to 1.7 billion kroner, or $252.8 million at average exchange rates. “It was the largest growth, by far,” noted Hillmose.

A total of 29 women’s and men’s labels were showing in the Danish capital during the three-day event last week, including homegrown talents such as Mark Kenly Domino Tan and Saks Potts, as well as sustainable labels Fonnesbech and Barbara I Gongini, and established labels such as Ganni, Baum und Pferdgarten and By Malene Birger. Two Swedish brands with a sustainability perspective, House of Dagmar and Uniforms for the Dedicated, were newcomers to the Copenhagen calendar.

Meanwhile, designer Ole Yde previewed six looks (which involved flower prints, colors and silk) ahead of his showcase during Paris Fashion Week on Oct. 5, which will consist of about 35 looks.

British contemporary women’s wear label Aries presented its spring 2017 collection combining sporty fabrics inspired by the Nineties and luxury fabrics such as Italian lace, ahead of a digital presentation in London. (A few extra pieces are to be shown in London.) Aries was part of a showcase curated by Lulu Kennedy, the British designer and founder-director of London’s Fashion East and Man at Copenhagen International Fashion Fair, or CIFF.

There were some buy-now initiatives, too. Ganni made two T-shirts available to purchase directly off the runway from its web site. In line with the collection’s California desert vibe, one T-shirt was festooned with the words “Space Cowboy,” the same T-shirt that Danish model-of-the-moment Nadja Bender wore on the catwalk. Meanwhile, Zalando staged a direct-to-consumer show that was open to the public.

“It’s always great to come to Copenhagen; just the way girls dress on the street is inspiring,” said Laura Larbalestier, women’s buying director at Browns. She cited the Ganni show as a season’s highlight and Agger-Flachs as her new discovery. Browns carries Saks Potts, Ganni and Cecilie Copenhagen. “I think Copenhagen is the place to find cool, wearable clothes with a relaxed look,” Larbalestier said, noting that jackets are always key.

Net-a-porter retail fashion director Lisa Aiken said of the Ganni spring 2017 collection that: “They’ve fused sporty separates with precious embellishments.” Ganni launched on Net-a-porter last week for the fall season. “It has all the qualities that we look for. It’s cool, contemporary and offers effortless and easy-to-wear designs, which are marked with a distinct Scandinavian edge,” Aiken said.

Men’s wear buyers were also pleased with the season.

Bruce Pask, Bergdorf Goodman’s men’s fashion director, visited Copenhagen Fashion Week for the first time. “I found it very worthwhile,” he said, lauding the “well-curated assortment at Revolver with some nice surprises,” as well as the space curated by the Tokyo-based fashion emporium Beams at CIFF. “The Beams pop-up of Japanese designers had some great talents I wouldn’t have otherwise been able to see elsewhere,” he said, enthusiastic about Copenhagen’s “rich design culture.”

“We saw Liam Hodges at Lulu Kennedy’s presentation. It’s a brand that we really like,” said Lee Goldup, senior men’s wear buyer at Browns. “We also saw the Japanese brand Facetasm at Tomorrow’s showroom. We have added this brand to our mix for fall-winter so it’s a brand of real interest. There were a number of additional brands we saw while in Copenhagen which we’re interested in and which we’ll be following with interest, with the launch of our third store in mind.”

Goldup was planning to attend Friday’s talk at Revolver, cohosted by Soulland and Nike’s skateboarding brand, Nike SB, and featuring pro skate legend Eric Koston for the release of the Soulland and Nike SB capsule collection.

Jack Cassidy, men’s wear buyer at Selfridges, praised Noma, a brand he discovered at CIFF in the section that was curated by Beams. “They use rough linen and heritage embroidery,” he said. “And then Beams themselves did a capsule collection of silk souvenir bomber jackets that was really strong.” Trend-wise for spring 2017, he noted a lot of heavily branded pieces.

Rasmus Storm, whose Copenhagen concept store Storm carries such brands as Céline, Sacai and AMI, praised labels including 424, Hummel, and Second Layer that were exhibiting at CIFF.

The next Copenhagen Fashion Week will take place Feb. 1 to 3.