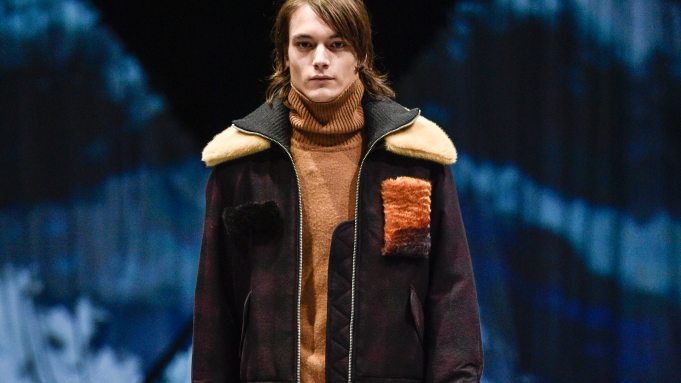 COPENHAGEN — Prints and embellishments were among the top trends at Copenhagen Fashion Week, as designers continued to push a Scandinavian wardrobe that is as expressive as it is functional.

After an opening day of kickoff events and runway shows including Won Hundred and Oh! By Kopenhagen Fur, the fashion week — which ran from Jan. 31 to Feb. 3 — split off into three days of trade shows, while runway presentations continued on the margins.

Around 2,000 brands from across the world were present at the sprawling Copenhagen International Fashion Fair — the Nordic region’s largest trade show — while the Revolver trade show represented a more focused alternative, with 350 Scandinavian contemporary and designer brands.

Currency headwinds and a stagnant domestic market took a toll on the Danish fashion industry in 2016, according to Michael Hillmose, head of international relations at the Dansk Fashion & Textile trade association. Exports to the U.K. market, which had seen growth of around 20 percent in recent years, slowed down dramatically following Brexit and the collapse in value of the pound, while weak currencies in Sweden and Norway pose an additional challenge. “It’s going to be difficult for some companies to maintain their position,” said Hillmose. “They can either raise prices, or take in the costs on their own account.”

The mood was nonetheless optimistic as brands talked business and design with buyers from around the world, particularly among contemporary brands that have continued to grow at a rapid pace despite the challenging climate.

“Worldwide, it’s an amazing time for Scandinavian fashion,” said Christian Maibom, founder and creative director of the Revolver trade show. He said the increased visibility of Scandinavian lifestyle has combined with a maturing fashion sector to make the region’s brands more pertinent than ever. Lars von Trier films, microbreweries, and green cities filled with bikes — “it all comes together to make a perfect cake,” Maibom said of Scandinavia’s cultural moment.

And while the functionality and clean look associated with Scandinavian design continues to fuel a positive perception of the region’s fashion brands, the sector is becoming increasingly recognized for its bold looks and varied offer.

“Scandinavian design still evokes the home goods market — clean and simple products that are well made and well designed,” Elizabeth Chung, a longtime buyer for Barneys New York and buying consultant whose clients have included The Line and Shopspring.com. But Copenhagen Fashion Week saw Scandinavian contemporary brands operating well outside the minimalist cliché. “I felt like designers here were expressing their own points of view instead of pushing any specific trend.”

In their runway show on the margins of the CIFF trade show, Danish men’s wear label Tonsure showed a collection that was rich in textures and mixed classic and more adventurous tailoring. Faux fur from the original teddy-bear maker Steiff showed up on coats and patchwork pants, while a navy overcoat layered with a peak-lapel blazer brought in a dose of romanticism.

Tonsure, which won the 2016-17 Woolmark men’s prize for the Europe region, said it doubled orders and grew to 27 points of sale in 2016. In addition to Harvey Nichols, Soto Store and Wood Wood, the label now has 13 doors in Japan — a market that has rarely warmed to Danish brands, according to Hillmose of Dansk Fashion and Textile. “We don’t know if it’s the fabric or the silhouettes, but something seems to really appeal to Japanese consumers,” Tonsure’s cofounder Adam El-Zayat said at the brand’s booth following the show.

Tonsure wasn’t the only brand at CIFF to break out in an unexpected market. Masai, a print-focused brand that targets mature and larger women by offering each of its designs in multiple shapes, has 27 stores and 1,400 wholesale clients concentrated in the Nordic region, Germany and the U.K. But their largest order in over 25 years came in 2016 from the Iowa-based retailer Von Maur, which began stocking the brand less than two years ago in its 30 department stores.

“We were quite surprised,” said Pernille Lund, the brand’s marketing chief. “Our ceo is saying he’ll have to go see what is happening.”

Masai has been on a growth push since it was acquired by Silverfleet Investments in 2015, and plans to open 10 new stores in Scandinavia in 2017. The secret to the brand’s appeal? “Most fashion brands are focused on targeting a younger customer. Our shapes speak to a grown-up woman who wants to be able to move, who wants quality — and has more money to buy,” said Lund.

At the Revolver event, established contemporary fashion brands like Stine Goya and Henrik Vibskov were displayed alongside mass-market players like Rains, as well as designers like Freya Dalsjø, who has more of a luxury tilt. Prominent placements for Danish footwear brand The Last Conspiracy and Swedish backpack maker Sandqvist highlighted the Nordic designers’ mounting relevance in accessories and footwear.

Wood Wood — the Danish apparel brand that also operates four curated streetwear emporiums where Comme des Garçons and Gosha Rubchinskiy are sold alongside Champion, Adidas and Asics — was another brand to feature teddy bear fleece in their fall collection. The brand said it was working on an archive collection for its namesake label, which will reissue signature pieces to be sold exclusively in the brand’s more high-end stockists.

The Last Conspiracy said it had seen significant growth in the Italian market over the past season, where their more contemporary designs stick out from traditional Italian shoemakers — as does their affordable luxury price. “We’re in a group by ourselves there in terms of quality, style and price,” said sales director Zakkery Larsen.

Rains was front-and-center at Revolver, showing off looks its collaborations with Supreme and Vans at the entry point to the fair. Sales were up 50 percent in 2016 for the rainwear brand, according to international sales manager Jesper Vedel Hvid. The brand created in 2012 now counts 3,200 points of sale in 31 countries, with stockists ranging from high-fashion boutiques like Colette to bicycle and sports stores. “The strategy was to create a fashion universe and then trickle down,” said Hvid. “It works because our brand has a real function.”

“It doesn’t hurt to be a Scandinavian brand at the moment,” he added, echoing the sentiment that the region’s rising visibility in the cultural sphere and association with clean and simple design represented a valuable heritage for fashion firms.

After several seasons of menswear taking the spotlight at Copenhagen Fashion Week, Revolver’s Maibom said he felt like Nordic women’s wear brands were “waking up” again. Maibom cited strength in women’s wear by Swedish brands like House of Dagmar and the Swedish-designed New York brand Totême.

Chung, the buying consultant, said she was pleased to see “woman designers who are thinking about wearing their clothes rather than costuming a woman.”

A notable recent entrant in Danish women’s wear was the London-trained Laerke Andersen, whose eponymous brand incorporated high-tech materials from sportswear and workwear. At her booth in Revolver, she showed a black cocktail dress fashioned in antimicrobial lycra and belted with a utility-strap harness, as well as oversized patchwork coats in denim and security orange.

“I wanted to give women something more masculine, that isn’t necessarily considered as pretty, but made with a woman’s body in mind,” said Andersen. Several high-end boutiques in the U.S. have already adopted the brand, now in its third season, including H. Lorenzo and Wild Style in Los Angeles and Opening Ceremony in New York.

In the &Tradition design store near the Copenhagen opera house and the famous Noma restaurant Thursday evening, London-based Danish designer Astrid Andersen closed out the week’s runway shows with a lineup of streetwear looks for women that leaned heavily on burgundy corduroy. Flowing silks with a feather motif were attractive, but the collection lacked some of the variety and fresh appeal of the designer’s recent men’s wear show in London.

Later, Maibom and the Revolver team celebrated their fourth showroom with a private dinner that mixed industry faces including designers Henrik Vibskov and Stine Goya with special guests such as the Italian ambassador to Denmark.

“I was inspired by uniforms and self-control — the way we control our bodies,” Vibskov said about his unisex collection for fall, which had put a playful twist on workwear shapes and suiting with vivid patterns and light-hearted embellishments like pom-poms.

Team members from the White trade show in Milan were also present: White has partnered with Revolver to each feature select brands from the other’s stable during this year’s trade shows.

After the meal, guests clustered in the salon, where musicians started to jam, including Vibskov on drums. “I think it’s turning into a bit of a happening,” one guest said as she peered in from the dining room.

On the final day of the trade shows on Friday, The Jewellery Room, a showroom for Scandinavian jewelry and watch brands, staged its sixth edition, showcasing mass-market heavyweights like Pandora alongside higher-end labels like Shamballa and Ole Lynggaard. Germany’s Tamara Comolli and the Parisian house Boucheron represented guests from outside the region.

The Jewellery Room, which also operates an online “e-showroom” and press platform for jewelry, has recently partnered with the London-based trend forecasting agency WGSN and will host its first showroom outside of Scandinavia during London Fashion Week next fall.