Calvert, who has worked on the couture collections of Balenciaga and Pierre Balmain, wins Spirit of Design award.

By Rachel Lockwood on May 5, 2009
View Slideshow 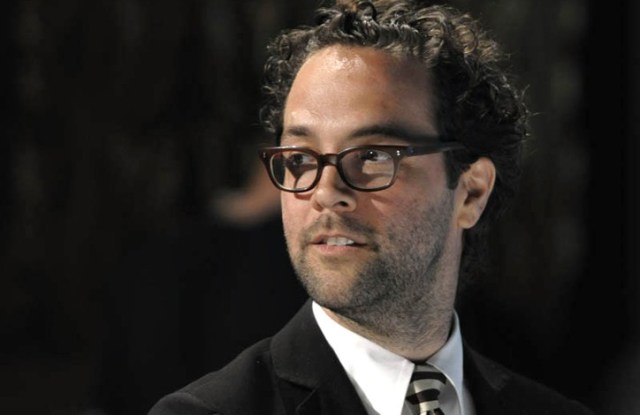 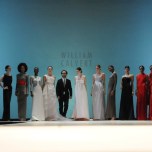 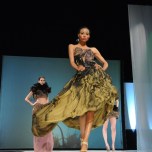 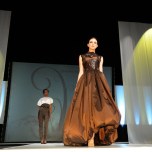 PHILADELPHIA — Couture designer William Calvert was the recipient of the Spirit of Design Award at Philadelphia University’s annual fashion show last Thursday. Before the student work was featured, 10 of Calvert’s designs from his most recent collection were showcased on the catwalk in his honor.

After graduating from Philadelphia University’s fashion design program in 1991, Calvert furthered his training in Paris while working on the couture collections of Balenciaga, Pierre Balmain and Rochas. He also designed and developed collections for Diane von Furstenberg and Brooks Brothers.

In 1997, Calvert launched his own couture line specializing in eveningwear and bridal gowns. Soon after establishing his own label, he received the Rising Star Award from Fashion Group International, and Gen Art singled him out as one of its “Fresh Faces in Fashion.” Calvert was lauded as Moët & Chandon’s Designer Debut in 2000.

Calvert credits his design acumen to his education at Philadelphia University. “We studied the technology of the fabric before drawing so we would know what fabrics would work,” he said. “Fabric is the boss; you can’t force it.”

Staying true to the meaning of couture, Calvert works only on an individual basis with his clients. “It’s a one-on-one experience; the dress becomes a part of her,” he said. “That’s what I enjoy about couture.”

However, he is willing to expand his business both vertically and horizontally in the future. “I want to do it all,” Calvert told WWD before receiving his award. “When the time is right, I would love to do men’s wear, casualwear and interiors.” He is also open to a less expensive line for the mass market and having freestanding stores. But in light of the rough economy, Calvert said he’s concentrating on what he’s good at for the moment. “People aren’t coming to me for bedspreads,” he said. “Maybe one day, but not today.”

Philadelphia University’s fashion show showcases the best of each year’s designs and is the largest of its kind in the Philadelphia region. This year’s theme, “Fashion Fantasy,” celebrated the student fashion designers’ creativity and talent. More than 2,200 students and their families, faculty members, designers and fashion and apparel industry professionals attended the show, which was held at the Academy of Music. Sponsors of the show include Independence Blue Cross, Phillips-Van Heusen Corp., Jones Apparel Group, Destination Maternity Corp., TD Bank, Parkhurst Dining Services, Macy’s and McGinn Security.