Fall’s early couture showings indicate that digital has a long way to go before it can replace the live fashion event. 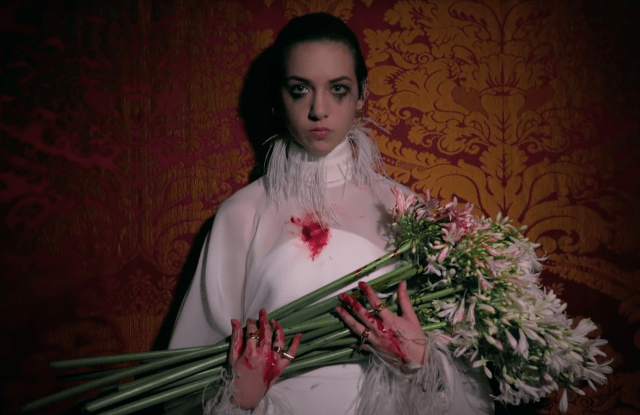 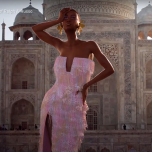 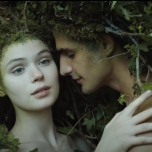 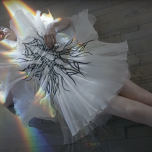 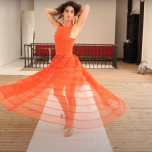 “I think [the week] won’t have the same splendor as a normal haute couture fashion week,” Bruno Pavlovsky, president of fashion and president of Chanel SAS, told WWD on Monday. He nailed it.

Technology has changed our lives with more power, speed and wonder than we could possibly have imagined 20 years ago. But fall’s early couture showings indicate that digital has a long way to go — light years — before it can replace the live fashion event. Oddly, watching these short films under the current forced intimacy — home alone — one was reminded of the genuine, enjoyable intimacy of actually “being there,” an intimacy borne of the gathering of a finite number of people in a finite space watching a one-time-only event, shared communally. It doesn’t get much more intimate than that.

To expect the short-films construct to substitute fully for fashion shows, immediately and seamlessly, is ridiculous; film and live performance are not the same, and this inaugural digital fashion week was orchestrated in haste. But who expected to be over it midday through Day One?

Since March, the haute houses have had to shift gears on a dime to try to make compelling brand statements for fall — perhaps inclusive of a real collection, perhaps not — in a medium not previously utilized for that specific purpose in a major way. At the same time, as a genre, fashion film/video is no longer special. It’s everything and everywhere, a 24/7 onslaught, from high-minded to cheesy and from mega-brand messaging to influencer/editor musings on topics from red-carpet winners to the best summer t-shirt. To be memorable, a fashion film must resonate with power. But watching back-to-back on Monday, the viewing got dull.

For some reason, fashion seems to have decided that “interesting” house-messaging must be capital-A artful, with moods registering between soulful and downright dark, sometimes to the point of skin-crawling pretension. That was the case with Monday’s first seven offerings. One by one, they’re fine; some are even beautiful. One after the other, they made for an exhausting litany of heartfelt, ethereal, introspective and sober — in too heavy a dose for one workday morning.

Schiaparelli opened the couture film festival with a mini feature on creative director Daniel Roseberry’s “Collection Imaginaire” — so titled because the collection won’t be produced. Rather, from his favorite outdoor perch — Washington Square Park in Manhattan, far away from the house headquarters on Place Vendôme — Roseberry sketches out the collection that’s in his mind. No words, just intense drawing scored with intense music against (happily) a beautiful blue-sky day.

Next on the schedule, Ulyana Sergeenko’s film takes the respect-for-craft route, highlighting the outside Russian lacemakers with whom the designer works before shifting focus to her atelier in Moscow. Reverential scenes of busy workers are spliced with photos of the Forties Hollywood sirens who inspire Sergeenko’s work. The film closes with a fast-moving take on a fashion show, a Busby Berkeley-type kaleidoscope of models, only digital, and one of Monday’s few overtly upbeat elements.

Iris Van Herpen enlisted filmmaker Ryan McDaniels and “Game of Thrones” actress Carice van Houten for her film, a mesmerizing study of a single dress — white structured petals with black center filaments — in her signature oeuvre of poetic high tech. Despite some dense accompanying show notes, the film itself is dialogue-free, a creative treatment shaping up as couture’s first bona fide trend.

Through much of the morning, the clothes’ screen time varied, from no real clothes at all at Schiaparelli (though Roseberry’s illustrations project a distinct power-woman attitude with dashes of house-proud surrealism) to Van Herpen’s single dress to Sergeenko’s mini collection, each look shown in full focus. Galante’s stair-walker has numerous costume changes which look lovely — what you can see of them, anyway. Given the moody-broodiness of it all — including the blurs of those passionately identified hues — the clothes were hardly the point.

By the time Maison Rabih Kayrouz and Ralph & Russo aired at 10 and 11, one couldn’t help but delight in sightings of their orange and hot pink dresses, respectively. Like Van Herpen, Kayrouz focuses on the creation of a single dress, his crafted entirely from strips of orange ribbon. The film highlights the dress’ journey from Beirut to Paris, against captivating music by the singer Shadia, which offered distinctive relief from the morning’s more tedious soundtracks.

Ralph & Russo’s Tamara Ralph provided a different kind of relief. She opted off the film artistry path in favor of speaking — yes, words — straight-on into the camera, for a while at least. She discussed her inspiration — the Seven Wonders of the World — before introducing her brand’s new avatar, Hauli, whose name “symbolizes strength and power.” Born of the necessity to find new ways to show clothes in the COVID-19 era, Hauli flaunts several form-fitting gowns against those Seven Wonders backdrops.

Yet, as always during couture, Monday was “Dior Day” — and a curious one, to boot, as once or twice the house’s visually exquisite film veered toward fashion satire. (See preening Narcissus, below.) Maria Grazia Chiuri commissioned Matteo Garrone — he directed last year’s Pinocchio — for “Le Mythe Dior.” In it, two handsome young porters carry a Dior dollhouse filled with miniature dresses through an enchanted woodland populated by magical creatures — nymphs, giant snail, living statue, mermaid, Adam and Eve (or some such naked couple kissing in a tree), Pan (or some such beautiful horned fellow) and Narcissus, whose Sophia Petrillo-meets-Horshack hairdo should have been rethought.

Along their route, the porters stop to allow the mythic types, some in states of semi-undress, to admire and select clothes. Now, the unwoke reality is that most of us look better in clothes than naked. But these young beauties are earthy goddesses (not to mention gorgeous young women in real life). The idea that they’d be so smitten with dresses from the human realm suggests unbecoming self-reverence by the house. Maria Grazia likely didn’t think of that, and she didn’t make the film, Garonne did — oh, well. A more difficult issue: the surprisingly un-diverse casting.

A fashion matter is less troubling. For this collection, Chiuri created 37 miniature looks — doll-size clothes, done to human scale. WWD’s preview featured mostly Fifties-inspired ball gowns. But the dresses chosen by the woodland lasses are more of the Mount Olympus peplos sort, a favorite of Chiuri’s, and nymph-appropriate. They’re beautiful, but the dichotomy makes the focus of the collection unclear. Film-wise, Garrone worked the no-dialogue approach, setting the non-verbal, spritely goings-on to the strains of monotonous music, with a running time of about 10 minutes. Though not at all sober, the lyrical-ethereal vibe at times flirted with tedium.

In aggregate, this sequence of films lacked a fashion “wow” factor, a film-short version of that instant when, at a live fashion show, a collection — or a single dress — just takes your breath takes away. Apart from that, while the productions weren’t downers per se, none delivered something that would feel great right now — a moment of full-on joyful fashion distraction from life’s current larger grim realities. Oh, for some haute joy. Or intrigue. Or something where the mind doesn’t wander for the duration. Or dialogue.

Still, be careful what you wish for. Morning session over, the time came for afternoon viewing. First up: Antonio Grimaldi’s film by Asia Argento, who also co-stars as the elder in an abysmal mother-daughter relationship. The work opens upon the ghostly daughter, clutching a bouquet of dreary flowers against her blood-stained white dress. She’s polite. She introduces herself: “My name is Ælektra, the Unhappy. My companion is grief.”