Crafting the Visual Identity for a K-pop Group Through Fashion

WWD speaks with the stylist of Itzy on the process of wardrobing a K-pop group and the immense role fashion plays in their success.

Last week’s Louis Vuitton show at JFK airport didn’t only mark the unveiling of Nicolas Ghesquière’s resort collection. It also was something of a coming-out party for the K-pop girl group Itzy — a five-member ensemble that was flown to New York and the front row to help boost Vuitton’s Korean commercial potential.

The group only has one song, “Dalla Dalla,” under its belt since debuting in mid-February — but it made Itzy Korea’s first all-girl group to win nine music TV shows, a TRL-type countdown broadcast format that remains popular in the country. For the Vuitton show, Itzy members Yeji, Lia, Ryujin, Chaeryeong, and Yuna wore head-to-toe looks by the brand styled by Hee Sun Choi — the group’s fashion creative director who compiles outfits for each of their public engagements. 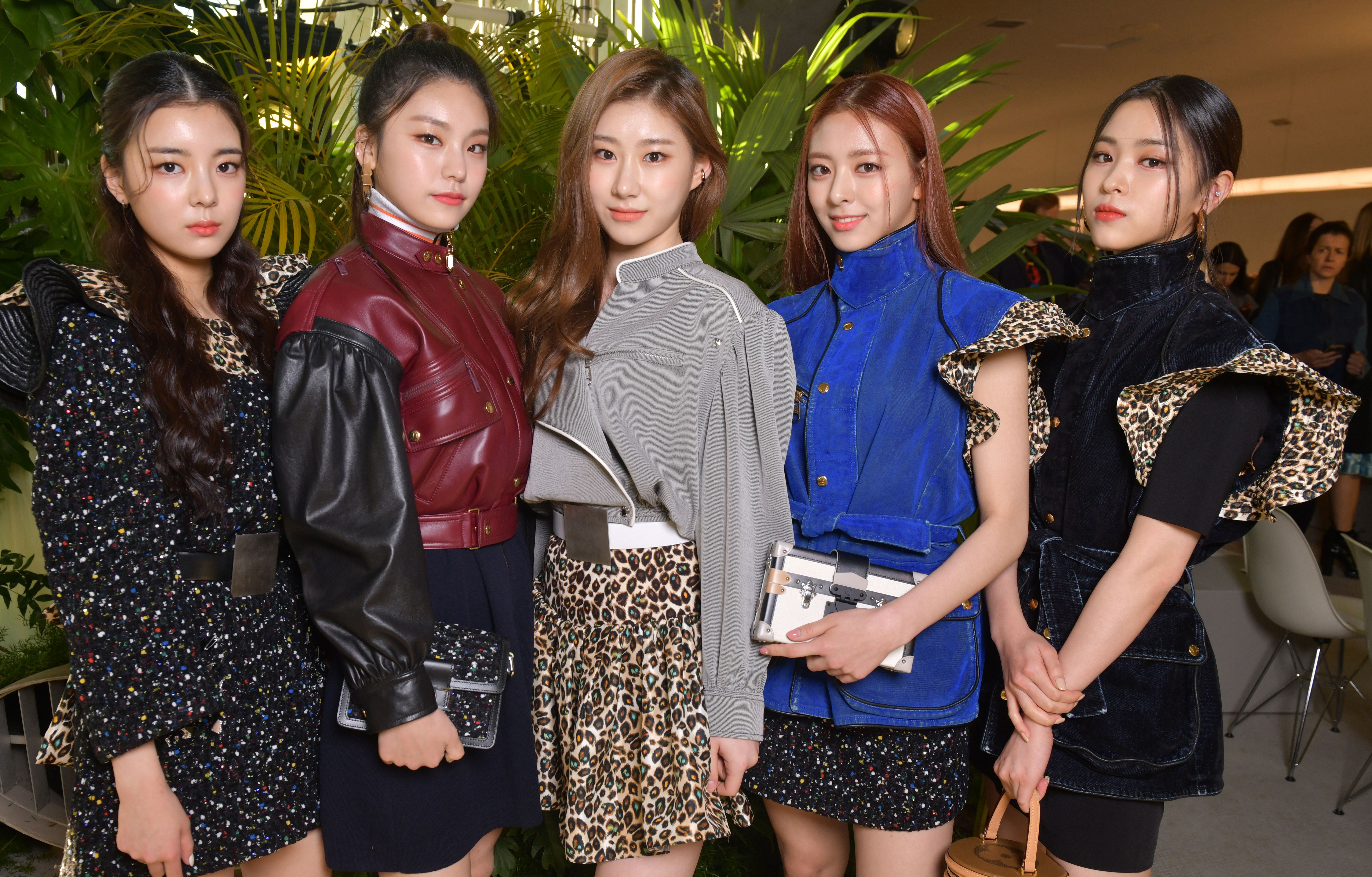 K-pop fashion is highly strategized and is seen as the initial oeuvre that draws admiration from fans, with record companies pouring billions of Korean won into wardrobe budgets.

“The groups that are very fashionable are more popular,” Choi told WWD in Seoul last month. “Fashion is the first dimension that the audience will see visually. It’s the first mode of communication, so [record labels] put a lot of effort into a group’s style,” she added.

It’s surprising that Itzy’s fashions — a hybridized aesthetic referencing rave culture, high school pep rallies and logo-conscious kitsch — comes from a woman who prefers a tailored, all-black uniform. In the past few months, Choi has steered Itzy’s members — who are between ages 16 and 19 — to wear Vivienne Westwood, Alexander Wang, Versus Versace, Givenchy and Alexander McQueen, among many other luxury brands. For their looks, she prefers neons to neutrals, also favoring minuscule crop tops and opulent costume jewelry.

In their “Dalla Dalla” music video — which currently has more than 116 million views on YouTube — Itzy wears full looks by Fendi, Chanel and Heron Preston, endorsements that have historically proven hugely beneficial for fashion brands. With skin care and makeup an equally large part of Korean consumer culture, beauty companies have begun signing K-pop groups as ambassadors. Itzy was recently named as the face of MAC Cosmetics in Korea, with the group’s first ad campaign debuting in late April.

The group’s fashion has become so integral to its popularity that fans now watch the group’s every move — distributing photos on social media to discuss what members wear to the airport or in their Instagram story dispatches. The platform now hosts multiple feeds dedicated to sourcing the origins of Itzy’s outfits, breaking down the luxury looks for fans to replicate.

Itzy was created by the record label JYP, one of K-pop’s three biggest players alongside SM and YG. As is typical of the K-pop machine, the management company trained its members from a young age, beginning around 13 or 14, instructing them in the art of singing, dancing, public decorum and onstage charisma. They are JYP’s first girl’s ensemble since the 2015 debut of mega group Twice.

A nine-member global chart-topper, Twice is known for its mass-market, sugary music and fashion. Itzy, by contrast, is meant to evoke more of what Choi calls a “girl crush,” aesthetic, following the recent K-pop trend for edgier, more independent voices — a sensibility popularized by YG’s flagship girl group, Blackpink. “JYP wanted to create a group a little bit more cool, more feisty and stronger,” Choi said of the initial direction she was provided.

The process of wardrobing a K-pop group is a full-scale operation. Each time a group is about to release a new single, Choi is expected to devise a new look to coincide with the group’s music. Provided with an audio recording and corresponding visual direction from JYP’s executives, she and a team of associate stylists “research all of the fashion items in Seoul, going to all the department stores to see what’s available and then make mood boards [illustrating potential outfits] for each member.” These fashion blueprints are submitted for JYP’s approval — pored over for their potential commercial impact and resonance with fans. Management companies are known to observe which fashion items catch on as a result of their groups, approaching luxury firms to then buy into endorsements and collaborations.

During peak promoting weeks, this laborious process can see “the team only sleeping two hours a day. Every day could require four different looks for each of the five different girls, and they all need to be confirmed by JYP and be altered perfectly. Even when they are not performing or promoting, there are sometimes ad endorsements or other things going on,” Choi said of working conditions.

Unlike celebrities in the U.S., Korean talent management buys, rather than borrows, clothing for public appearances. They allocate massive budgets for the purchase of luxury clothing, as the alterations required to turn high fashion into performance dancewear would ruin samples borrowed from fashion companies. 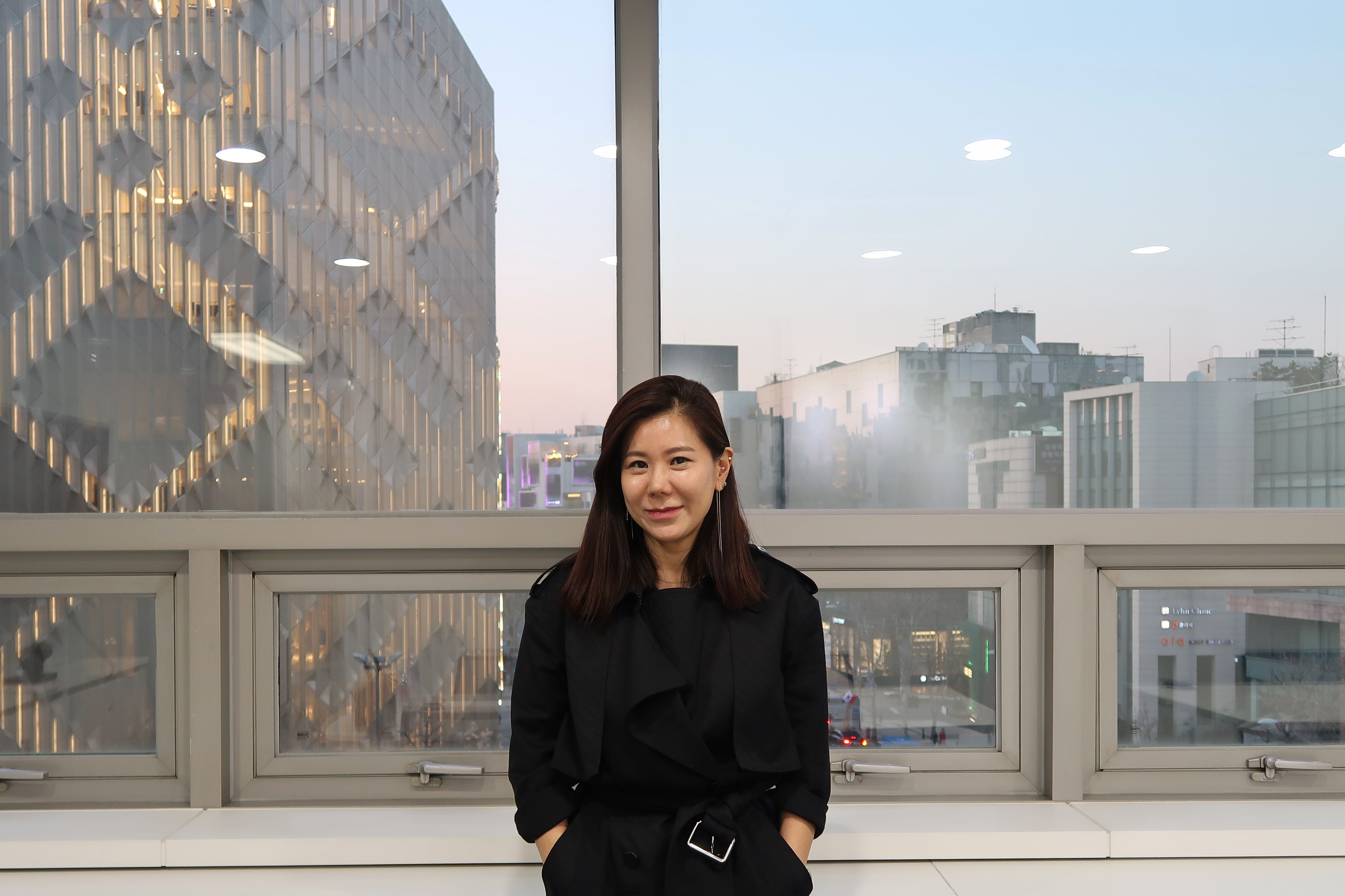 “Everything has to be bought because the girls are really small,” Choi said. “If we are buying it off the rack, we need to customize everything to fit everyone perfectly so we can’t really get loans. Ninety percent of what they wear are things that we buy. If we can’t find something that we like, we’ll have it made,” she added.

Alterations are made to accommodate the high-impact choreography required of each girl: “If we are doing a fitting and one of the girls is wearing a jacket, they will note if they can’t put their arms up and we’ll put extra fabric on the armpit area, so when they are onstage performing there won’t be restrictions,” Choi said.

Even undergarments face intense scrutiny: “We sew all of their underwear into the clothes so it doesn’t move or come out of place, we pay extra attention because the girls are in their teens and we don’t want to project the wrong image,” Choi added.

The industry veteran attested that, “Fashion is more and more a really vital part of K-pop. I can tell, I’ve been working as a stylist for a long time and the budget for fashion has increased tremendously. It means that companies are aware of how important a group’s image and fashion is to their success.”