The sale to benefit victims of the Lebanon blast features an Elie Saab dress worn by Emma Stone on the Oscars red carpet. 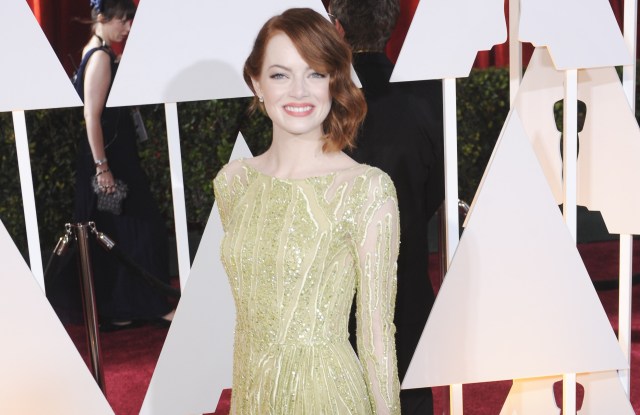 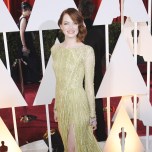 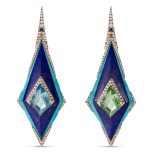 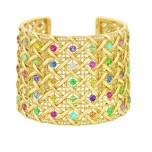 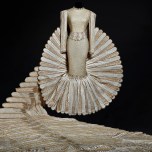 PARIS — Sotheby’s has joined forces with nonprofit organizations Creatives for Lebanon and Art for Beirut for a fund-raising auction featuring items including one of Emma Stone’s Oscars gowns, as well as rock memorabilia from the likes of Mick Jagger, Madonna and Geri Halliwell.

Star lots in the “To Beirut With Love” sale include an Elie Saab design worn by Stone on the Academy Awards red carpet in 2015. The chartreuse long-sleeve dress, featuring a thigh-high slit, is estimated to fetch between 20,000 and 30,000 British pounds.

Online bidding will be open from Dec. 7 to 15 and proceeds will be shared among five charities helping victims of the devastating blast in Beirut on Aug. 4, which destroyed the headquarters of fashion brands including Saab, Maison Rabih Kayrouz and Zuhair Murad.

Other highlights include a jacket worn by Jagger on the Rolling Stones 2017 European tour, and the matador-inspired costume by Lebanese designer Nicolas Jebran that Madonna donned at the 2015 Brit Awards.

Halliwell’s outfit in the video for the Spice Girls’ debut single “Wannabe” is going under the hammer, estimated between 4,000 and 6,000 pounds. In an Instagram post, she said she bought the sequined dress secondhand from Notting Hill market in London. “It was a back to front trapeze outfit,” Halliwell wrote. 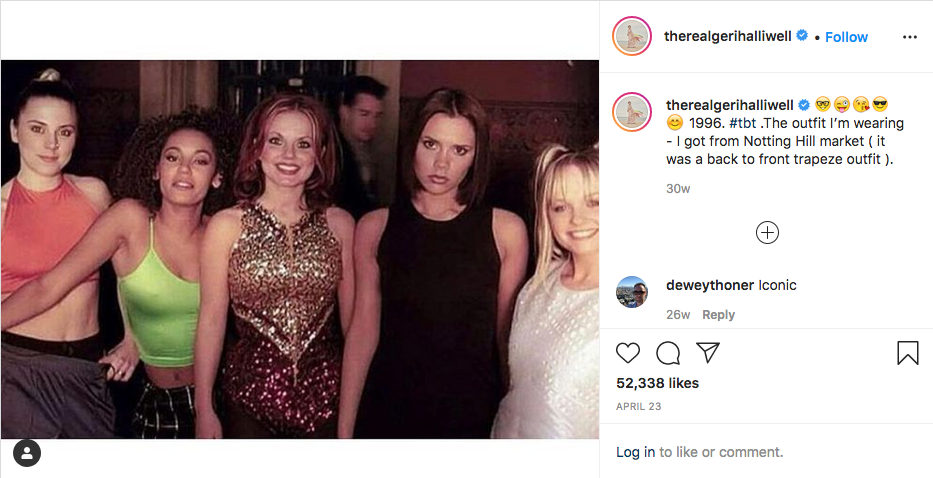 “We’ve learned a lot on the fashion front, because it’s something that’s new to us,” she said. “It’s something we haven’t done before. It’s an amazing experience, because we’re seeing these iconic fashion pieces that are now being given to us to be put up for auction to support a cause that is so dear for us.”

Middle Eastern connoisseurs will be excited about the rare opportunity to acquire a metallic gown with a huge train designed and worn by Egyptian actress Sherihan in the Eighties. Valued at 18,000 to 25,000 pounds, the gown took seven months to complete and wouldn’t look out of place at the MTV Video Music Awards today.

“I don’t know how even to compare her with the West, but there’s no person in the Middle East who wouldn’t know who Sherihan is,” said Eldib, who is based in Cairo. “She was really avant-garde and ahead of her time. You see Lady Gaga designing her outfits now with designers, but Sherihan has been doing that since the Eighties.”

The jewelry portion of the sale includes a woven yellow gold My Dior cuff, valued at 30,000 to 50,000 pounds; a Bulgari Monete necklace, estimated at 3,000 to 5,000 pounds, and a limited-edition pill bracelet with diamond skull designed by artist Damien Hirst, which is forecast to fetch between 8,000 and 12,000 pounds. 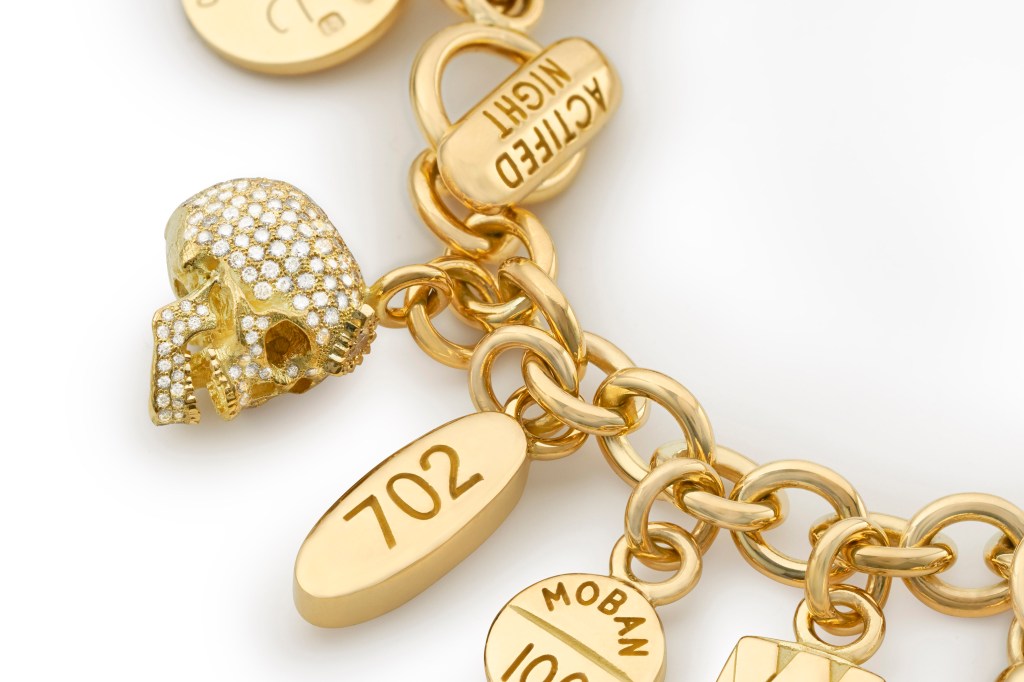 “Beirut since the Sixties and post-Civil War has always had this feel and this glamour of jet-set society where you come in and you come out, and this mélange of East and West. So I think all of that is what you see represented in our auction. You see it in the fashion pieces, and you see it also in the art pieces,” Eldib said.

Naomi Campbell has donated one of her favorite portraits, shot by Rocco Laspata and Charles DeCaro, while photographer Fouad Elkoury has contributed a black-and-white photograph from his “Suite Egyptienne” series, inspired by the Oriental travels of French writer Gustave Flaubert.

“You don’t see a lot of work by Fouad Elkoury coming up for auction, so we’re so privileged to have this work,” Eldid noted. “His studio was sort of torn apart because of the blast, so it was a very generous donation and very humbling to have a piece from him.”

The richness of the lots reflects the influence of the Creatives for Lebanon founders, among them Caroline Issa, chief executive officer and fashion director of Tank magazine; Sabine Getty, editor at large at Tatler; jewelry designer Noor Fares; fashion designers Racil Chalhoub and Sarah Baadarani, and p.r. consultant Alissa Kobeissi.

“We really wanted to do something with our skills and with our creative ideas to help the creative community in Lebanon and our wider community in Lebanon with the humanitarian side of things — rebuilding housing, health care, or the really urgent disaster relief — through a series of initiatives to support local NGOs,” Fares said.

They all know someone who was personally affected by the disaster. Fares was in France at the time of the blast, but her husband’s parents lost their home.

“They were part of the people whose flat was completely destroyed and they survived. It’s a miracle that they didn’t even get injured,” she recounted. “Most people are suffering from post-traumatic stress, especially the children. The children are really traumatized. They hear a door slam and they jump.”

Fares noted the emergency was both short- and long-term, with many people left homeless by the explosion.

“It’s so bad on so many levels. There were schools that were completely destroyed, and on top of it now COVID-19 is bad there, and some of the hospitals were completely damaged so there’s no space in hospitals. It’s just a snowball effect,” she lamented.

Getty, who lived in Lebanon as a teenager, said the country left a lasting impression on her.

“First of all people’s kindness and generosity, people’s spirit and positivity are unmatchable anywhere in the world. Every meal is a feast, every outing is a fête, every encounter is an opportunity. Beirut is a magical place and I want it to regain its strength and spirit,” she said.

“The people of Beirut never give up but they have been hit so incredibly hard with corruption, inflation, coronavirus and now this unimaginable explosion. They need our support, they need to know we are thinking of them and doing our best to keep Lebanon very much at the forefront and in people’s conversation,” she added.

Fares, who has donated a pair of earrings for the Sotheby’s auction, said the group will keep up its initiatives to maintain the spotlight on Lebanon, despite the many emergencies vying for people’s attention in a year marked by COVID-19 and widespread political and social upheaval.

“The world goes on, but there’s years and years and years of rebuilding, of helping, and we really want to keep doing what we’re doing, raising awareness and talking about what’s happening so that it’s not forgotten,” she said.