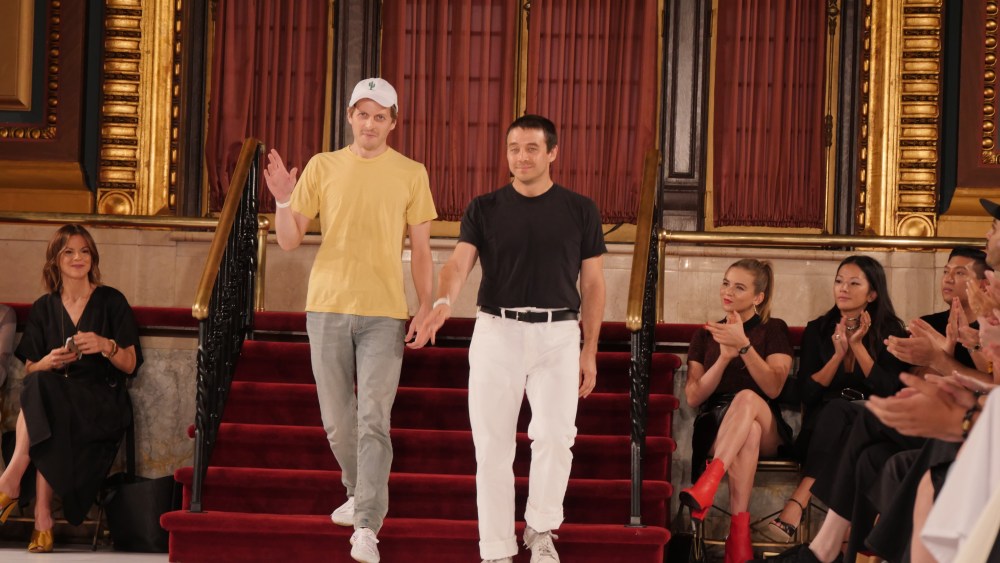 Shane Gabier and Christopher Peters, the designers of Creatures of the Wind, have decided to shift their business model to a project basis. Going forward, they will not produce full collections or do runway shows. The idea is to work with stores on capsule collections and specific projects. They have eliminated staff and will be relocating their studio.

“The traditional system of collections and the range that you have to produce on this very particular calendar just wasn’t what we wanted anymore,” said Gabier.

The designers said that they began considering this type of move after partnering with System Magazine on a four-piece capsule collection featuring hand-drawn botanical marijuana embroideries that was sold exclusively at Los Angeles boutique Just One Eye last May. “It was really nice to have our hands physically on the development, [which] we normally don’t if we’re doing a full collection,” said Peters of the System project. “It allows you to really dig into an idea or a concept a lot more fully, and that was really exciting.” They also plan to continue to work with repurposed vintage, citing the fur and leather coats they had shown in their recent runway collections as examples. Future projects and retail partners have yet to be determined, but Gabier and Peters said that they do not plan to close the label.

The designers have been grappling with their business strategy for a while. During a preview of their spring 2018 collection, the designers shared their plans to reposition the label at a contemporary price point. In 2013, COTW received a major investment from the Los Angeles-based Dock Group, at the time headed by Matthew Walker, The Row’s former president and chief operating officer. That partnership was dissolved after a year, and COTW brought its management and sales in-house, receiving financial support from its original investor, Soave Enterprises.

Gabier and Peters launched Creatures of the Wind in 2008, using a line from a Johnny Mathis song “Wild Is the Wind” to name the company. At the time, they were based in Chicago. The two met at their alma mater, the School of the Art Institute of Chicago. After graduation, Gabier worked in Antwerp, Belgium, for designers Dirk Schönberger and Jurgi Persoons before returning to SAIC to teach. COTW was launched on a project basis and quickly gained attention from the fashion industry for its whimsical, retro-influenced quirky chic. In 2011, Gabier and Peters were the runners-up for the CFDA/Vogue Fashion Fund. They were finalists in the International Woolmark Prize in 2013, and were shortlisted for the LVMH Prize in 2014, the same year they won the CFDA Swarovski Award for Women’s Wear after previously being nominated in 2012 and 2013.