ECRM has done it again. 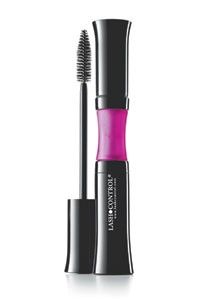 ECRM, which stands for Efficient Collaborative Retail Marketing, turned traditional trade show meetings upside down in the Nineties when it introduced a different format where buyer-to-seller meetings took place in casual one-on-one, 20-minute sessions. Staying on the cutting edge, ECRM added everything from notebook computers for instant ordering to a room for new suppliers to get an audience with big chains.

At the urging of many companies, ECRM is including packaging and contract service suppliers at upcoming meetings. The Contract/Packaging and Private Label HBC show will be the pilot show for packaging companies, who will also meet in one-on-one gatherings much like traditional ECRM category reviews. What’s unique about the exhibitors is that they will be visited by suppliers and retailers. Suppliers could be on the prowl for innovative packages for new items, while retailers — as they do more private labels — will also be looking for exclusive offerings.

ECRM has also announced plans to add prestige international beauty companies to its Global Beauty Event, which will be held this year from Feb. 25 to March 1 in Monte Carlo. These international trips where retailers see foreign suppliers have resulted in many brands being introduced in the U.S., such as the upscale bath and body products at Target. “We have 60 suppliers attending from all over the world, representing at least 13 countries,” said Charles Bowlus, founder and chief executive officer of ECRM.

There will also be tours of French stores, said Bowlus, as a way to give retailers a way to review “different merchandising strategies.” Retailers scheduled to attend include Ahold, Asda-Wal-Mart U.K., Boots, Katz, Douglas and London Drugs.

In less than 12 years, ECRM has grown to include more than 70 category shows.

Build a better mascara and the world will beat a path to your door? That’s what Jennifer Paulson Lee hopes as she continues to market her unique mascara called LashControl. With companies on the prowl for innovative packaging concepts, Lee is perfectly positioned with her patented mascara container. The center of the tube allows for users to put pressure on the brush, which clears excess formula from the mascara.

A 20-year veteran of theater, dance and choreography, Lee wanted to overcome the obstacles of applying mascara. Many makeup artists often wiped excess formulas on tissues or on the tip of the container to clean the brush. Lee said her package eliminates that need, which is more sanitary with less waste.

LashControl is available on a company Web site in select boutique stores. Lee also hopes there is the potential to partner with a major beauty firm. But like many hawking a new concept, she’s learned the ins and outs of getting new items off the ground. “I’ve been on a lot of auditions and there’s similarities between getting in and succeeding in the beauty business with entertainment,” she said, adding she’s tenacious and dedicated to getting her mascara into women’s hands.

The National Association of Chain Drug Stores has named a new president and chief executive officer to replace Craig Fuller, who resigned last year. Steven C. Anderson has joined NACDS after 27 years of association experience. Most recently, he was president and ceo of the National Restaurant Association, where he has served since 1999.

Anderson not only brings the association experience needed for the NACDS job, but also the relationships with Washington. He is highly respected in the Washington, D.C., government and association communities. As an example, when a speaker canceled out at a convention, Anderson was able to deliver George H.W. Bush as a speaker within hours.

Anthony N. Civello, NACDS Chairman of the Board and Chairman of the Search Committee, stated, “NACDS is very fortunate to now have Steve Anderson’s energy, experience and passion to lead our industry during these challenging times. He has a proven track record of successfully presenting his industry’s issues and agenda.”

NACDS interim president and ceo Robert Hannan said he is looking forward to a smooth transition period. “Steve will be a quick study on our industry issues and is very comfortable pursuing an agenda on Capitol Hill and with other organizations. I am confident that he will continue our collaboration with industry groups and government agencies.”

NACDS’ search included former chain drug executives and other association heads as the association sought a voice that could help it stand strong in the thorny health care legislation issues the industry faces.