A jigsaw puzzle with too many pieces: That's how retailers described their cosmetics wall planograms. 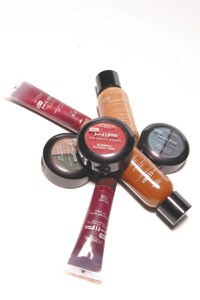 NEW YORK — A jigsaw puzzle with too many pieces: That’s how retailers described their cosmetics wall planograms.

With a plethora of new initiatives, including Almay and Vital Radiance from Revlon and L’Oréal Paris’ HIP line, retailers had to make difficult decisions about what would stay and what would go.

Sometimes the choices were tough, at times damaging the personal bond between the buyer and seller. Retailers looked closely at their own numbers and made individual decisions, but in the end, some manufacturers were particularly hard hit by planogram revamps.

Some retailers said after careful scrutiny they were forced to cut back on Procter & Gamble’s restaged Max Factor, while others cut down to one budget line. Ethnic lines were also trimmed, as were youth offerings such as Bonne Bell.

Among the retailers taking editing pencils to Max Factor were Walgreens and Rite Aid. Walgreens decided to clear room not only for new launches, but to accommodate its exclusive IsaDora line from Sweden. IsaDora, first tested promotionally, is now found on the beauty display wall of all 5,100 Walgreens stores. In addition to an illuminated fixture, some stores have a freestanding display for IsaDora, complete with product testers.

Rite Aid, too, snipped Max Factor, although there is residual inventory in stores, and Target has decreased its commitment to the brand, sources said.

P&G recently unveiled a snazzy new look for Max Factor reminiscent of department store lines such as MAC. And P&G maintains that is has done its own editing of retail accounts to limit Max Factor to the best doors. Still, buyers said the Max Factor revamp was originally slated for next year, but the relaunch was stepped up to keep up with new mass entries. On the plus side, retailers do like the new look and hope to see Max Factor return to its heyday.

With real estate more crowded than ever, many retailers pared down the number of budget lines. “Some chains are trying to push up the register ring and eliminating too many opening price point lines, although those lines don’t give less margin,” explained James Koeppl, president and general manager of Markwins.

In stores with both Markwins’ Wet ‘n’ Wild and Del Laboratories’ N.Y.C. New York Color, buyers have been forced to make a difficult choice. Some chains have remained loyal to N.Y.C.; others have opted for Wet ‘n’ Wild.

Industry consolidation has also ignited compression of brands. When one chain acquires another, decisions are made as to whether to take on new lines once carried in the purchased chain. Sometimes retailers said they are forced to choose the company with the best shipping and delivery record.

Although retailers want to offer a diverse color range for shoppers, some said they took their red pencil to ethnic lines such as Black Radiance or Milani. Although these lines were not completely removed, their space has been reduced in some stores. One reason is that many large brands have added more shades and formulations for women of all colors. And there are new offerings such as Cover Girl’s Queen collection, which has the support of P&G.

Other retailers said they trimmed footage of Bonne Bell and other youth-oriented fringe items such as kids’ lip glosses. The upside of Bonne Bell’s reduction, buyers said, was that its sales per square foot have climbed nicely, meaning the line is now more productive.

Are the new lines paying off? Retailers are pleased with HIP so far. Rite Aid stores, according to category manager Judy Wray, hosted makeovers, which helped build attention for the line.

Revlon’s new brand for women 50-plus, Vital Radiance, produced sales exceeding $80,000 in one retailer since it hit shelves in late January.

Kathy Steirly, divisional merchandise manager for beauty at Walgreens, thinks that as women try Vital Radiance, they’ll “love” the products. “And I think the 800 line is excellent,” she said. She also cast a vote for the productivity of Walgreens’ own IsaDora, which is displayed at the beginning of the beauty department.

Queen is just shipping now, buyers said, but they added results will be tempered by a low store penetration dictated by P&G as it decides on the right doors.

Amidst all the clamor, consultant Allan Mottus continued to warn the industry not to price itself too high. “You have dollar stores growing on the value end, and for just a few dollars more than some of these new lines, you can go to Sephora and get MAC. Drugstores have to be careful,” he said.

The next year is expected to be a roller coaster for the mass market brands. Fasten your seat belt.