The exploits of Benjamin Siegel, more commonly known as the infamous gangster Bugsy, are explored in "Call Me Ben," a new work by the New York City Ballet. 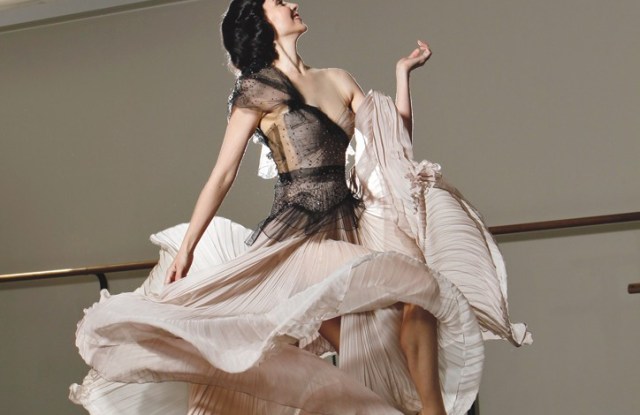 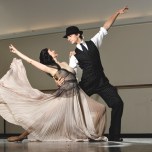 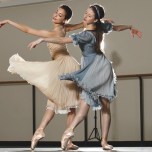 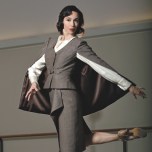 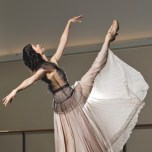 Sometimes what happens in Vegas moves on to tonier locales. Such will be the case when the exploits of one Benjamin Siegel — that’s Bugsy to you, me and his enemies (and never to his face) — are explored in “Call Me Ben,” a new work by the New York City Ballet premiering June 5 at Lincoln Center’s David H. Koch Theater.

The one-act ballet by Melissa Barak stars Jenifer Ringer and Robert Fairchild in the roles of Virginia Hill and her lover Siegel, the infamous gangster lured by greed from Brooklyn to Hollywood and then to the infant gambling mecca he ultimately helped develop. This afternoon, 50 supporters of the NYCB will be treated to a private rehearsal followed by a luncheon at the theater hosted by company ballet master in chief Peter Martins, Bergdorf Goodman president and chief executive officer Jim Gold and Gilles Mendel, who designed the costumes for the performance.

The designer was intrigued by the project, and particularly fancied the Siegel story. “The first thing you think,” he says, “is Ginger Rogers and Fred Astaire — and how the hell I’m going to make this dress glide on stage.”

With, it turns out, a speedy tutorial on the differences between designing for the stage and social settings. For his ready-to-wear, Mendel favors delicate gowns “that feel somehow they are going to fall apart,” an aura heightened by his frequent use of raw, freely fraying hems and delicate hand-pleating. On the other hand, though ballet costumes often look whisper-delicate, they’re typically of hearty stock, crafted to withstand years of strenuous performance.

Reconciling the two required a steep learning curve, one facilitated by intense collaboration with the company’s costume shop headed by Marc Happel. “The costume shop has worked hard to [ensure that] the effort that I put in works for the dancers,” Happel notes. Thus, the raw edges became hand-finished, ultrasecure hems, and Happel’s crew sourced an outside company to closely replicate Mendel’s hand-pleating by machine. Other issues that impacted design: Nothing could hinder the dancers’ arm movements, and waistlines had to be devoid of added-on decoration. “The [male dancers] grab the woman on the waist so much,” Mendel explains. “You don’t want to scratch the dancer and you don’t want to rip the dress, so [considering] those two factors is essential.”

Yet for all the technical challenges, given the languid romance of Mendel’s clothes, it’s not a difficult psychological leap to imagine his gowns on dancers. But Bugsy was no dame, and Mendel also designed Forties-inspired suits for the male dancers. He cut these not from stretch stand-ins for men’s wear standards, but from luxe Loro Piana fabrics. His primary departure from classic tailoring: the addition of gussets under the arms to allow for movement. “Dancers are beautiful athletes moving their bodies,” Mendel says. “You start to understand that creating clothes for ballet dancers is really creating an extension of their dance.”

Perhaps so, but Ringer sees an additional advantage. “Gilles dressed us less like ballerinas and more like beautiful, glamorous women,” she says. “When you have something beautiful on, you walk differently, you dance differently, it’s a different feeling.”