LONDON — Denmark, one of the happiest countries in the world, has been a benchmark-setter in recent years for its progressive attitude towards sustainability, its flair for coziness or “hygge” — and its feel-good, democratic fashion.

Fashion has become one of Denmark’s largest exports, as images of the Copenhagen fashion girl riding her bike in flip-flops and loose, colorful dresses charmed the world and helped create global demand for some of its homegrown talent.

Now, those very fashion firms that have been on an upward trajectory for much of the last decade are seeing demand dwindle and are having to hit pause on their ambitious growth plans due to the spread of coronavirus.

Ganni, Copenhagen’s biggest success story with a retail network that now extends to the U.K. and U.S. and L Catterton as its majority investor, is “at the beginning of what will be an instant drop in 2020 sales of 30 percent,” according to the firm’s chief executive officer Nicolaj Reffstrup.

But the Danes, who have always been known for their optimism, are also looking for the silver lining and finding meaningful ways to engage their communities and reassessing how they work. They’re also forming a united front and putting their faith in politicians — a rather unusual response, considering the deeply divisive state of politics across Europe and the U.K. over the past years. 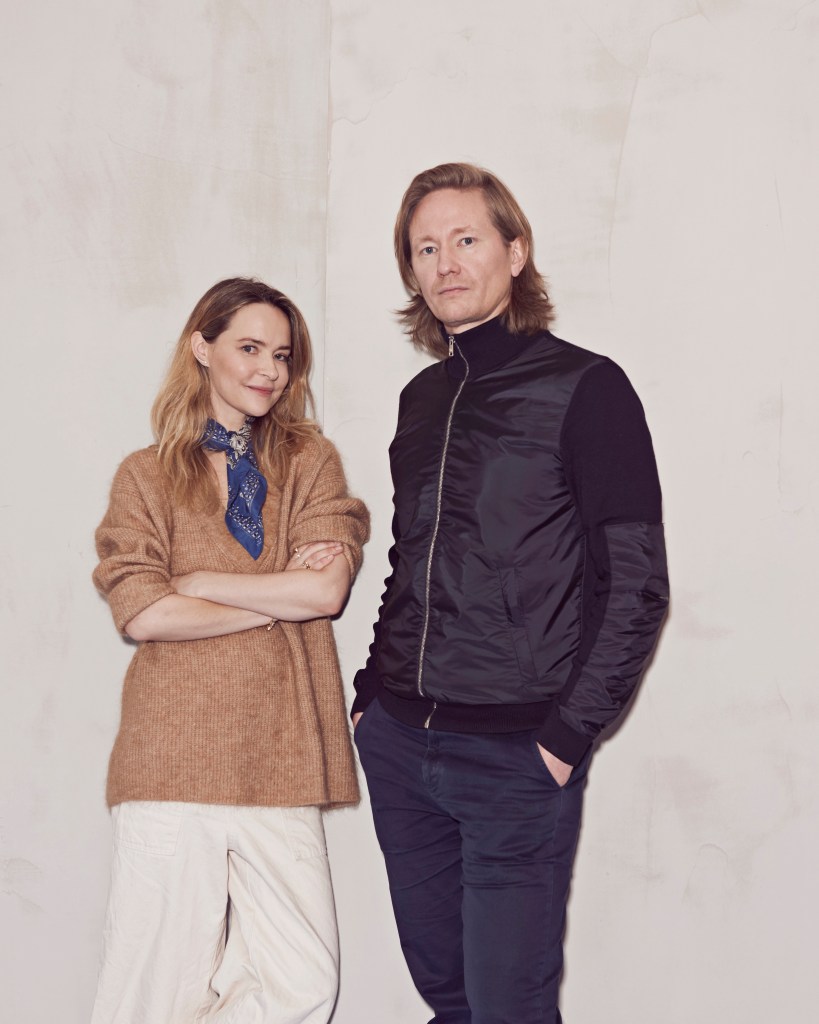 “I read that ratings on how much we trust our local politicians and government these days are astronomically high,” said Reffstrup. “Generally, I’d say people feel pretty secure; they feel the government is taking action and being pretty responsible. As a reaction to that, people are pretty much complying and staying home as much as possible.”

Rikke Baumgarten cofounder of Baum und Pferdgarten, echoed Reffstrup’s thoughts: “All of Denmark stand united and comply with the regulations, even though we haven’t seen worse restrictions since World War Two. The government is backed by a unanimous parliament and most Danes are fully supporting the authorities and our politicians.”

The measures apply to companies that, due to COVID-19, are experiencing a decline in orders and as a consequence would be forced to lay off 30 per cent of their workforce, or at least 50 employees.

Some fashion firms are already taking advantage of the scheme to stay afloat. 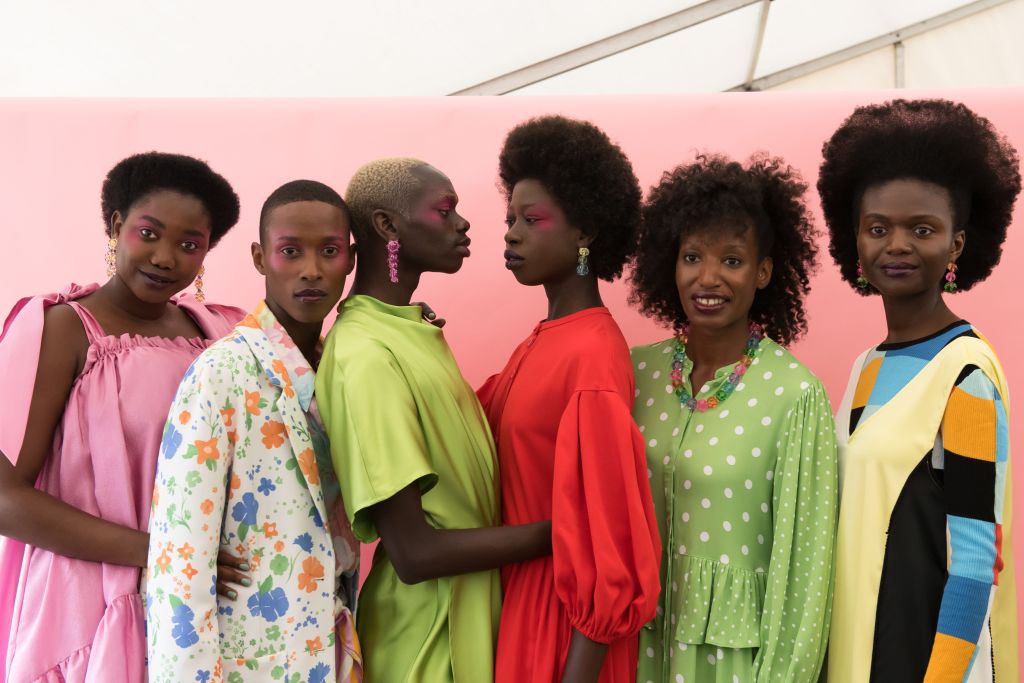 “The Danish government salary compensation initiative is something we have decided to take advantage of in order to reduce our short-term outgoing costs, future-proof our business and uphold our promises and contracts with our team,” said Stine Goya, whose line of colorful, patterned ready-to-wear is sold across major retailers like Net-a-porter, Harvey Nichols and Selfridges.

Goya said she had to identify 10 percent of full-time staff overseeing “non critical avenues of revenue” that will stop working for the foreseeable future, and in turn will have 75 percent of their salaries paid by the government.

“It has honestly been incredibly difficult for us to identify that 10 percent of our full-time staff, however it was a decision that we needed to take. We are an ambitious company with ambitious growth targets — which in this moment feel somewhat far-reaching. While I wouldn’t say I necessarily feel secure, I do at least feel the Danish government recognizes how critical the fashion industry is to our international standing and that considerations are being taken to safeguard our collective future for many seasons to come.”

For others, the government’s scheme is not as relevant. Baumgarten pointed to a series of restrictions in place which means that in reality the amount covered by the government is 50 percent, not 75 percent. 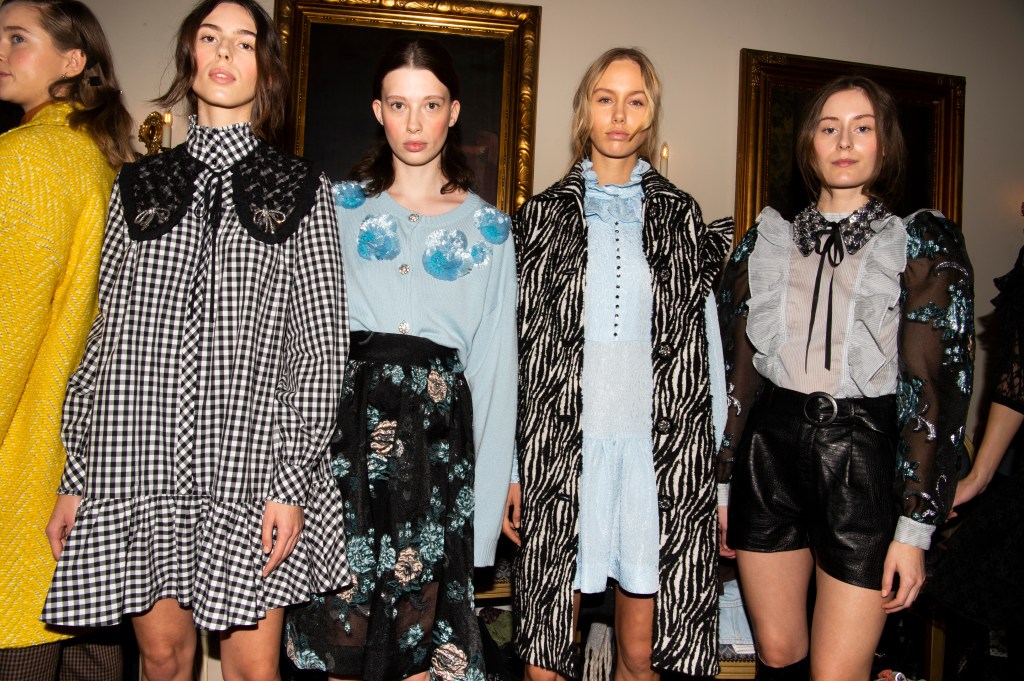 Christian Dam, founder of the label Custommade, said that fashion businesses are in urgent need of government backup not only in dealing with layoffs, but with outstanding debt from brands’ retail partners.

“The [current government measures] are not enough. We need more economic support so we can pay all our suppliers for the stock that they have bought, and help cover their loss on the current stock. We don’t have our own stores yet, so for us the bigger risk is outstanding debt and we’re waiting for government support in that area, to keep the business running,” said Dam.

“We can, only to a limited extent, make use of the government aid programs currently in place, however we are hoping that (this) framework aid program is fleshed out into packages that are more tailored towards our industry. Also we will rely largely on banks being willing to extend credit lines,” added Ganni’s Reffstrup, who spoke openly about the hits the buzzy label has taken, cash flow being the biggest challenge, as both its own stores and those of its wholesale patterns “dropped to zero foot traffic in just one week.” 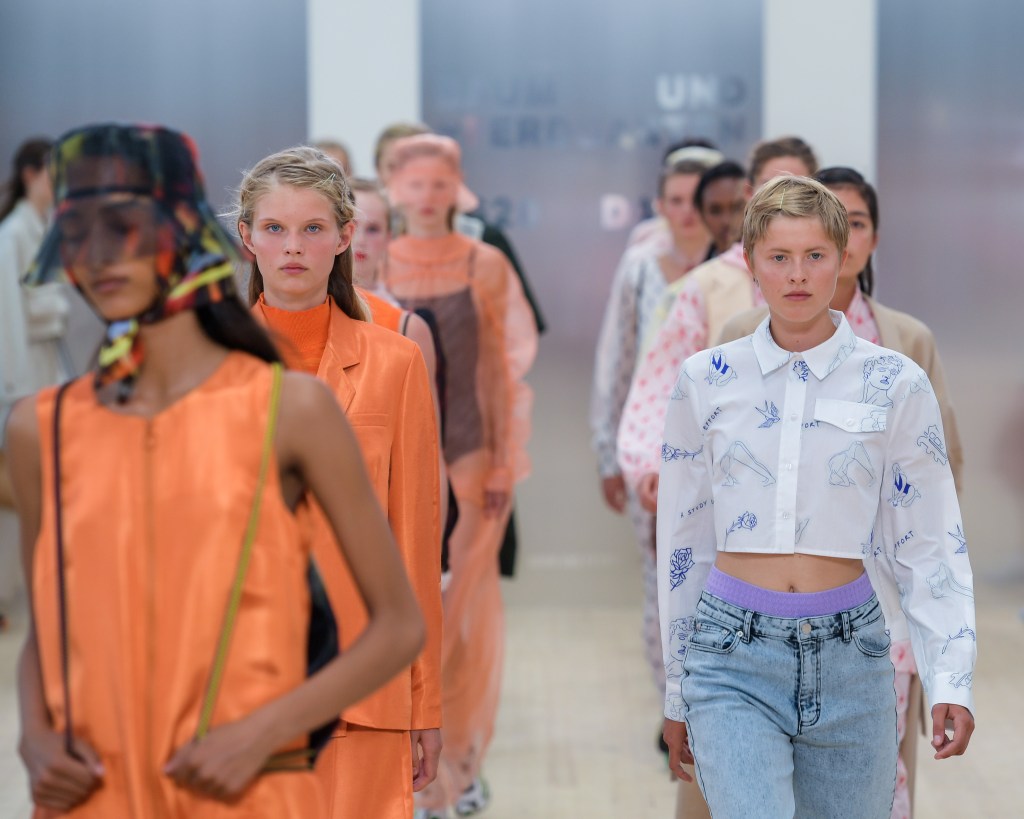 Baumgarten pointed to similar issues, as the closure of the brand’s own stores and those of its wholesale partners have resulted in zero sell-throughs and will likely impact the company’s wholesale business a year from now.

Reffstrup also believes in finding the silver linings: In Ganni’s case, that’s a 40 percent increase in web traffic last week and an opportunity to re-imagine the business for an altered fashion landscape post-crisis.

“We have been forced to think like a direct-to-consumer business overnight, because ganni.com is our only channel of commerce right now. It definitely forces us to rethink our 360-degree approach and align much more commercially. We’re also looking at reworking our drop structure to fit the future climate of fashion,” said Reffstrup.

He added that while slashing sustainability projects might seem an easy way to start cost cutting, the company is using this time to re-evaluate its eco-minded processes.

“We’re hoping to prove that behaving responsibly is embedded in our DNA and something we will naturally continue to do. In many ways we are using this time of crisis wisely to rethink things and to shave bad habits, like how we develop samples, how we present and sell our collections and how much inventory we create in the process.” 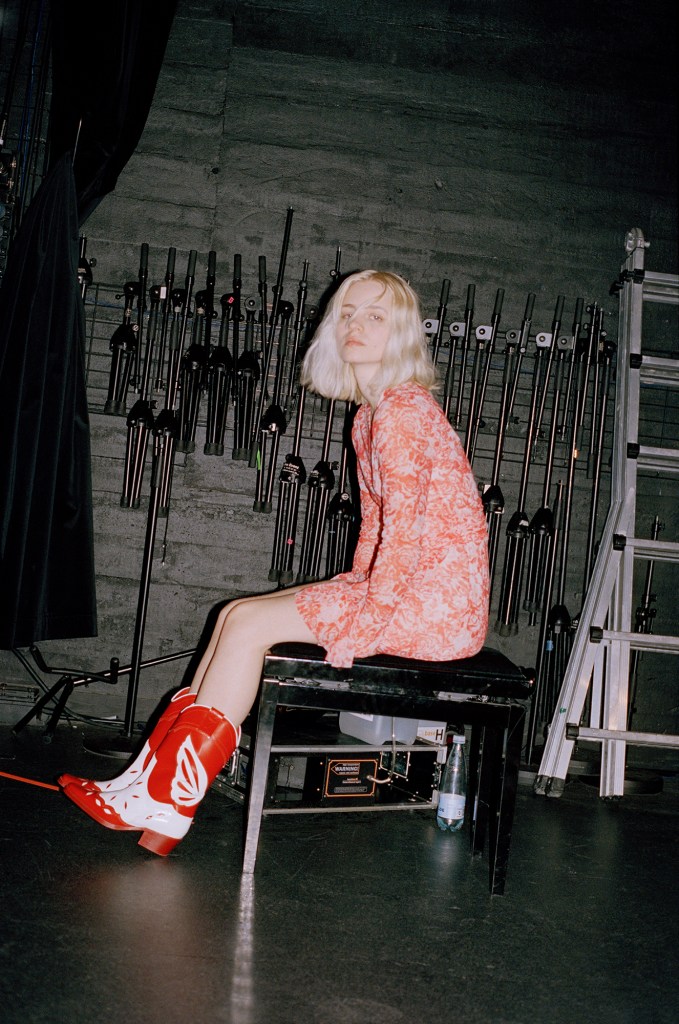 Dam, who has been revamping Custommade into a more upscale design-led label, also sees an opportunity to stop over-producing stock now that retailers will be sitting on a lot of out-of-season merchandise when they reopen and are forced to reduce prices: “This is the time when the industry finally has a chance to stop over-producing and stay true to the season. We are only producing after receiving an order, so we’re not sitting on a massive extra stock of products.”

The challenge is bigger for those who don’t have established direct channels.

Practically speaking, Goya said the label’s accelerated growth in the past few years is a direct result of the partnerships it has forged with retailers and stockists worldwide.

“If we are now in a position where 50 percent of our key accounts are closed to shoppers with limited online profiles, do we have the capacity to absorb those losses and restructure our focus to direct-to-consumer [channels] at a time when consumer confidence is at a low?” said Goya, who has nevertheless been taking time to re-evaluate and ask all the necessary big questions, despite the daily dose of “unwelcome surprises” of orders canceled, shipments delayed and projects postponed.

“I have been fighting for my business for 13 years now, and have never faced a situation even close to this,” said Goya.

“We have been forced to re-evaluate our business processes account by account, department by department. There is opportunity to take advantage of minimizing sample production, streamlining development processes, merging collections and offering multi-drops — and we are exploring every angle,” added Goya, who has returned to her earlier days being at the center of the design process and trialing samples at home. She has also kept busy looking out for her team.

“How do you motivate a team at a distance? How do you communicate sensitively via Zoom? How do you design for a future that seems difficult to envisage?” she asked, but those answers will only come with time, and patience.