“Fur: An Issue of Life and Death,” which runs through Feb. 22, may be the most ambitious and unflinching exhibition on the subject ever mounted. 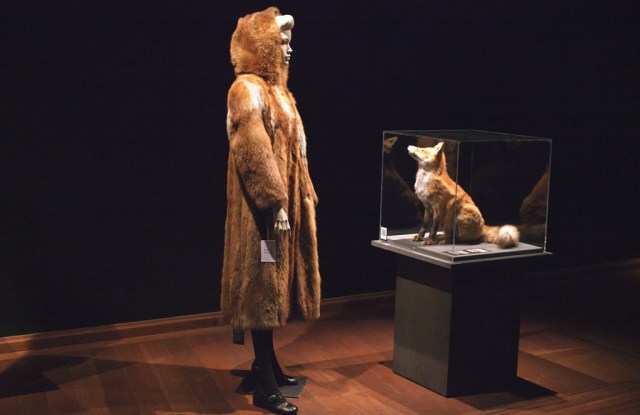 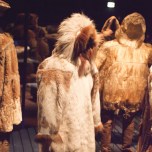 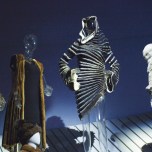 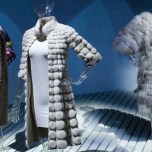 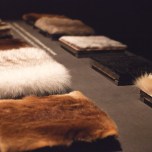 COPENHAGEN — At a major fur exhibition at The National Museum here, visitors can try on donated coats and pose for selfies — in options ranging from a sumptuous swing style in ocelot to a mink redingote that has been purposely caked in fake blood.

“Fur: An Issue of Life and Death,” which runs through Feb. 22, may be the most ambitious and unflinching exhibition on the subject ever mounted. It exalts the beauty and unrivaled warmth of fur while confronting the reality of animal slaughter, exemplified by one display of a mannequin draped in a hooded coat made of 16 red foxes, oblivious to the plaintive stare of a taxidermy specimen on a plinth.

Housed in an institution dedicated to cultural history, and cocurated by a prehistoric anthropologist, it explores how fur hunting and trading has played a crucial role in the lives of Arctic people, in the colonization of far-flung territories, and in the economic development of modern nations, especially Denmark, which controls about 30 percent of the world’s mink trade and breeds about 17.2 million of the animals per year.

“It’s not our purpose to tell people if they should be pro or they should be con,” said Ulla Mannering, the anthropologist and a senior researcher at the museum and the Danish National Research Foundation’s Center for Textile Research. “We want to show the possibilities and the different voices.”

While covering a large sweep of history — and showcasing what’s billed as the largest collection of historical furs in the world, spanning about 2,000 artifacts — the free exhibition welcomes visitors with a cacophony of current opinions, priming them to confront how they feel. Fashion designers, fur producers, politicians, researchers and animal rights activists state their case in video interviews or quotes splashed on giant portraits.

Related Story: They Are Wearing — Bring on the Fur >>

“About 40 voices for and against fur,” Mannering said during a private tour with Anne Lisbeth Schmidt, a museum conservator and cocurator. “There’s so much emotion involved because we love animals, and we also use animals….We have to accept that this is a part of our everyday life. We have managed to get people contributing to this ethical discussion.”

Quotes borrowed from designers Karl Lagerfeld and Stella McCartney express divergent viewpoints. “In a meat-eating world, wearing leather for shoes and clothes and even handbags, the discussion of fur is childish,” says the former, while the latter pleads, “When you consider what the animals endure, there is nothing fashionable about fur — please shun fur.”

The museum also invited Anima, a radical Danish animal rights group, to participate. Its video testimony blares from a screen opposite a taped interview with a mink farmer standing in front of a huge barn lined with straw pens. According to Mannering, all conversations were civilized and the exhibition has been well received by both camps.

Beyond the ethics exhibit, visitors enter a vast, darkened room flanked by panoramic displays of fur ensembles, contemporary styles at one end and historic artifacts at the other. In between are walls explaining the economics and mechanics of fur breeding and harvesting, interspersed with stations where visitors can fondle velvety chinchilla and courser pelts, as well as study taxidermy specimens.

In the modern section, curators assembled an array of furs, including a mink-and-chiffon style by Jean Paul Gaultier, fantasy creations by avant-garde Danish designer Nikoline Liv Andersen and looks supplied by Saga Fur and Kopenhagen Fur that were created via a range of techniques, from dyed to patchworked.

Despite their delicate nature, most furs are displayed in the open, mainly because “some of the beauty disappears when you look through glass,” Schmidt said. This includes rare specimens worn by polar peoples from Scandinavia, Greenland, Siberia, East Asia and North America. Some are 175 years old, and most are extremely fragile.

Considering the meager tools used to create them, these intricate parkas, trousers and boots put some modern-day creations to shame. And though their primary purpose is protection from extreme cold, the garments announce the sex and ethnic identity of the wearer, and also telegraph social standing and occasions.

“The clothing means a lot to these people,” Schmidt said, noting the “intensive” sewing required to create elaborate intarsia designs. She also said the presence of white, fang-like gussets worked into many parkas are believed to echo the tusks of Arctic walruses. “The Inuit believed that if you dressed nicely, the animals would come to you,” she explained with a smile. Function also played a role: Fringe, while visually appealing, was designed to keep cold air from drifting under garments. Sealskin was prized for its waterproof qualities.

These polar garments were collected with a scientific purpose and analyzed with computers and X-rays to understand their construction. Some coats have hoods trimmed in wolverine fur because it easily sheds the ice that collects from breath in subzero climates, while cuffs were often ringed with durable dog fur. “Nothing went to waste,” Schmidt noted.

Fake fur is also represented — “animal-free” fur is a new term gaining popularity in Denmark, Schmidt noted — including coats visitors can try on in front of an infrared camera, revealing that they leak heat, unlike real furs.

Not that imitation is anything new. The exhibition includes a hat from the Bronze Age, circa 1,400 B.C., with a shaggy, furlike texture created with knotted threads. “The first fake fur in Scandinavia!” Mannering enthused.

The oldest real fur fragment on display, hung from a garland of preserved hazelnuts and amber beads, dates to 3,200 B.C. It resembles a blackened banana peel and retains only a few hairs. A modest artifact, it underscores how fur has long symbolized prestige, which in turn propelled global trade and colonization. Beaver belts were the original currency in Canada, Mannering noted, and fur, not gold, drove the early settlement of Alaska.

As for modern-day economics, fur is Denmark’s third-largest farm export, sold mainly to China, Hong Kong, Russia and the U.S., according to the museum. And in 2013, Danish mink fetched about $2.24 billion at current exchange rates.