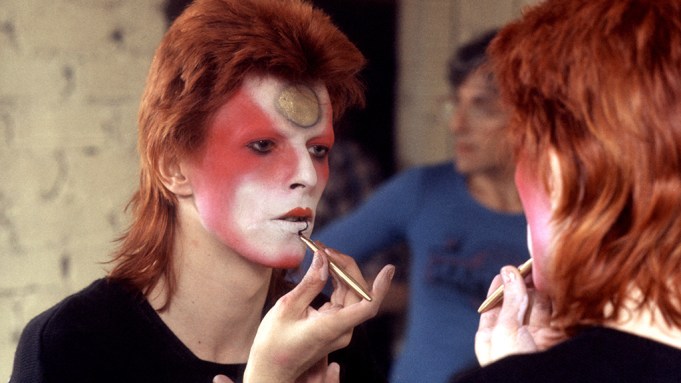 The term “icon” is one of fashion’s most overused and misapplied words. But it’s a word that properly defined David Bowie.

The gender-bending, glam-rock style of Bowie, who died of cancer in New York Sunday at the age of 69, was a major inspiration and reference to scores of fashion designers over several decades.

A vast swath of the fashion community — from Alexander McQueen and Hedi Slimane to Jean Paul Gaultier, Dries Van Noten, Walter Van Beirendonck, Tommy Hilfiger and Jean-Charles de Castelbajac — were among those who were inspired by his style.

Bowie was the poster boy of the glam-rock era with his Ziggy Stardust alter ego and was a pioneer of androgynous fashions, which have recently surged in popularity.

Here, a range of runway looks from various fashion capitals that recall the musician’s most iconic outfits.