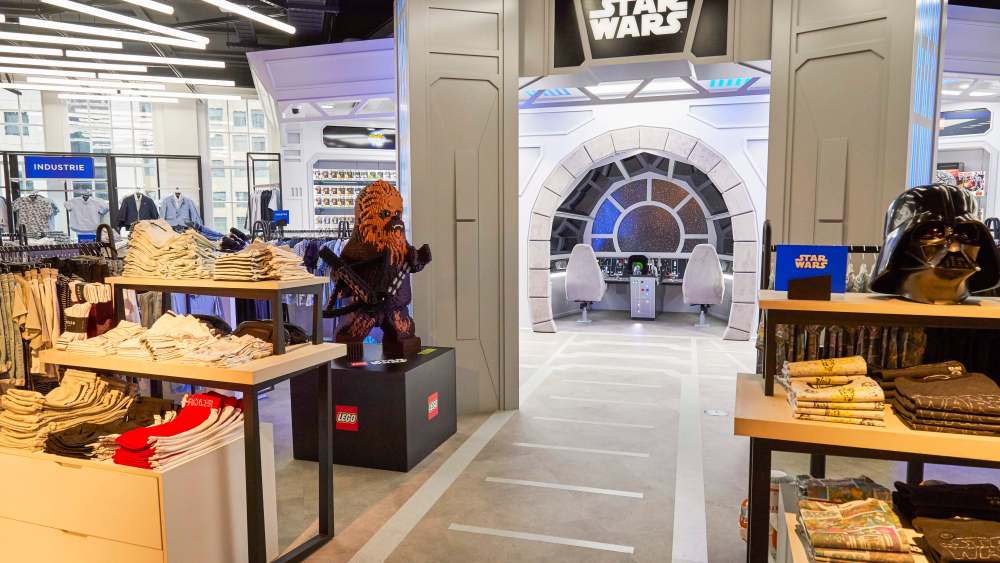 Full-size replicas of the cockpit of Han Solo’s Millennium Falcon spaceship and a BB8 droid are among the centerpieces of David Jones Kids — the new children’s floor at the Australian department store’s Elizabeth Street flagship here, which has been developed in partnership with the Walt Disney Company and features multiple Disney-themed zones, from “Star Wars” to Marvel, Disney Princesses and Winnie the Pooh.

Opening Friday — with a ribbon-cutting performed by David Jones chief executive officer David Thomas using a toy light saber — the 36,590-square-foot floor is the second stage of the retailer’s 200-million-Australian-dollar, or $146.1 million, refurbishment of the flagship to be revealed following the new level seven shoe floor, which opened Oct. 5.

Said Thomas, “We’re thrilled to be launching David Jones Kids in partnership with The Walt Disney Company, a world-class shopping destination providing customers with not only the best in retail but a truly engaging and immersive experience filled with worlds of wonder and excitement that will have customers coming back again and again.”

According to Chris Wilson, the retailer’s general manager of kids and men’s wear, the space — which is accessible via a dedicated express elevator — is double the size of the temporary children’s floor that has been trading in the adjacent Market Street store during the refurbishment period and around 50 percent of merchandise is exclusive to David Jones, with the company also carrying the largest range of costumes within the Australian marketplace.

Numerous interactive experiences include the Millennium Falcon cockpit — which was custom-built for David Jones and is a retail first, according to a Disney representative, and features a video screen and movable controls — and a “Magic Mirror” in the Disney Princess zone, via which various Disney characters make appearances.

While Elizabeth Street will be the retailer’s premium children’s destination, the Disney theme and expanded toy and apparel offers are also being rolled out to the 44-store network across Australia.

Sales staff (or Experience Curators) include a Lego expert, with 50 percent of the team bilingual, speaking Cantonese, Mandarin, Hindi, Japanese, Italian, Spanish, Russian and Indonesian, among other languages.

“Sydney is a big tourist destination for us for the city and this store is obviously right in the heart of the city, so we’ve got some of the best people around to make sure they can give that customer that experience and be experts in the product,” said Wilson.