A colloquial term to describe the affluent housewives, their fashion choices are now in the spotlight because of popular TV shows.

A group picture of a Tai-tai gathering in the TV drama "Nothing but Thirty."

LONDON — Tai-tai is a colloquial term used to describe wealthy housewives in China and in Chinese-speaking regions such as Hong Kong, Taiwan and Singapore. Kevin Kwan’s “Crazy Rich Asians” trilogy has lengthy and hilarious descriptions of these consumers’ spending habits and fashion styles.

Most of the time, Chinese netizens are obsessed with teen idols and what they are wearing and show little interest in women beyond a certain age. But recently, because of the reality show “Sisters Who Make Waves,” where 30 female celebrities over 30 years old fight to get into a five-member girl group, and the hit TV drama series “Nothing but Thirty,” Chinese Tai-tai style has been in the spotlight.

Several celebrities in “Sisters Who Make Waves” married into immense wealth. As the crew films their family life, the public gets to witness the kind of luxurious lifestyles many consider beyond imagination.

For example, Shengyi Huang, 37 — who kickstarted her fame by starring in Stephen Chow’s top-grossing film “Kung Fu Hustle” in 2004 and who is married to Zi Yang, heir to Juli Group, a conglomerate valued at $3.2 billion with businesses across rigging equipment, alcohol, new energy, property development, and multimedia — bought a smaller mansion just for the show because she was worried that the size of her real home would scare the audience.

Her ability to pull off looks on the stage and on the street and her diva moments on the show have cemented her as a new fashion icon for many Chinese Tai-tais. She frequently shares her styling tips, skin-care routine and family moments on Chinese social commerce platform Xiaohongshu.

Huang and others in the show — such as Christy Chung, Ning Jing and Annie Yi — are progressive role models of what a modern-day Chinese Tai-tai can be. They are talented, beautiful, have their own careers while being a caring mother and a good wife.

“Nothing but Thirty,” meanwhile, offers a more realistic and sarcastic commentary on the social hierarchy among Chinese Tai-tais.

Shengyi Huang is now considered a new icon for many Chinese Tai-tai, because of the reality show “Sisters Who Make Waves.”  Xiaohongshu/ Screenshot

A clip from the TV drama went viral last week when the lead character got cropped out of a group picture because she carried a Chanel bag to a gathering while the rest came with their Hermès Birkin and Kelly bags. Influencer Mr.Bags’ analysis of who wears what in the scene became a trending post on Weibo. The show also generated wider discussions around materialism, social inequality, and what should women really prioritize after they enter adulthood.

Regardless, many applaud the show’s accurate portrayal of the current Chinese Tai-tai style. It isn’t as flashy as it used to be, but these women still dress in a way to make sure everyone knows that they are wealthy, at least within their social circle. One could call it the “Middle Money” style — not too new, yet not so old.

“I try to make them look like ‘gift boxes.’ Chinese Tai-tais love embroidery, beading, silk and stiff fabrics, and they all have identical objects that come with hefty price tags,” said Yikai Li, a costume designer and the stylist of “Nothing but Thirty.”

Li added that the life of a Tai-tai is extremely competitive in China, just like the rest of the world. “They rival each other by who has the best jewelry, the most exotic bags. Even their husbands could be used as an object in order to prove that one’s lifestyle is more superior than others,” he said.

He had to borrow a good number of Hermès bags, and rare jewelry and timepieces from his rich friends to accurately reflect the characters’ social status in the show.

In the clip, the lead Tai-tai, who considers herself “old money,” carried a Himalaya Niloticus Crocodile Birkin, while the new entrant to the group carried a purple crocodile Kelly to prove to the rest that she was their equal. One less-rich Tai-tai later confessed that she had to buy a secondhand Birkin in order to fit into the group, however. 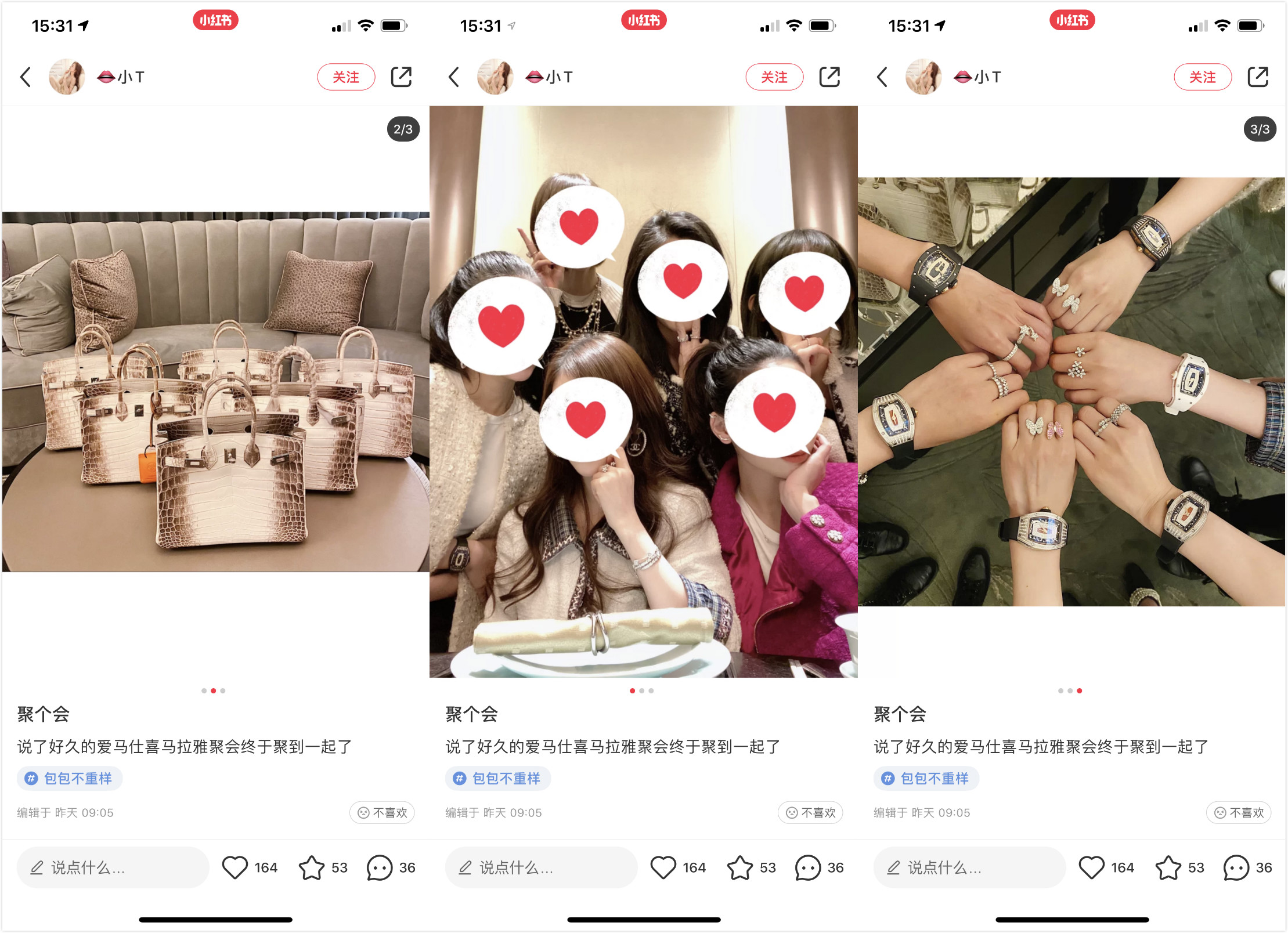 Fashion influencer Zheng Yu, founder of the Weibo account Fashionmodels, who often meets Tai-tais at fashion events, said some of them can be even more flashy and over the top in real life. They would wear the latest haute couture pieces to the Dior repeat show in Shanghai, and have Tai-tai gatherings where attendees have to wear Chanel tweed jackets, Richard Mille diamond watches, Van Cleef & Arpels rings and carry Himalaya Niloticus Crocodile Birkin bags.

Yu also observed that the older generation of Chinese Tai-tais prefers jewelry made of jade stones, over diamonds or other precious materials, compared to the younger generation.

“I remembered there was a time I went to a Chinese New Year gathering, and saw the head Tai-tai wore a whole set of jade jewelry to match with her crocodile Birkin. That’s the moment when I understood our ancestors’ old saying: ‘Gold has a price, but jade is priceless,'” he added.

A China area manager of a Parisian luxury house told WWD that the brand’s VIPs — the majority of whom are Tai-tais in their 40s and 50s with husbands busy with the family business and children abroad — love any bags that come in crocodile. In order to capture this group of high spenders, brands usually have little to no price differential between China and Paris for exotic skin bags, while the monogram versions are usually 15 to 30 percent more expensive in China. 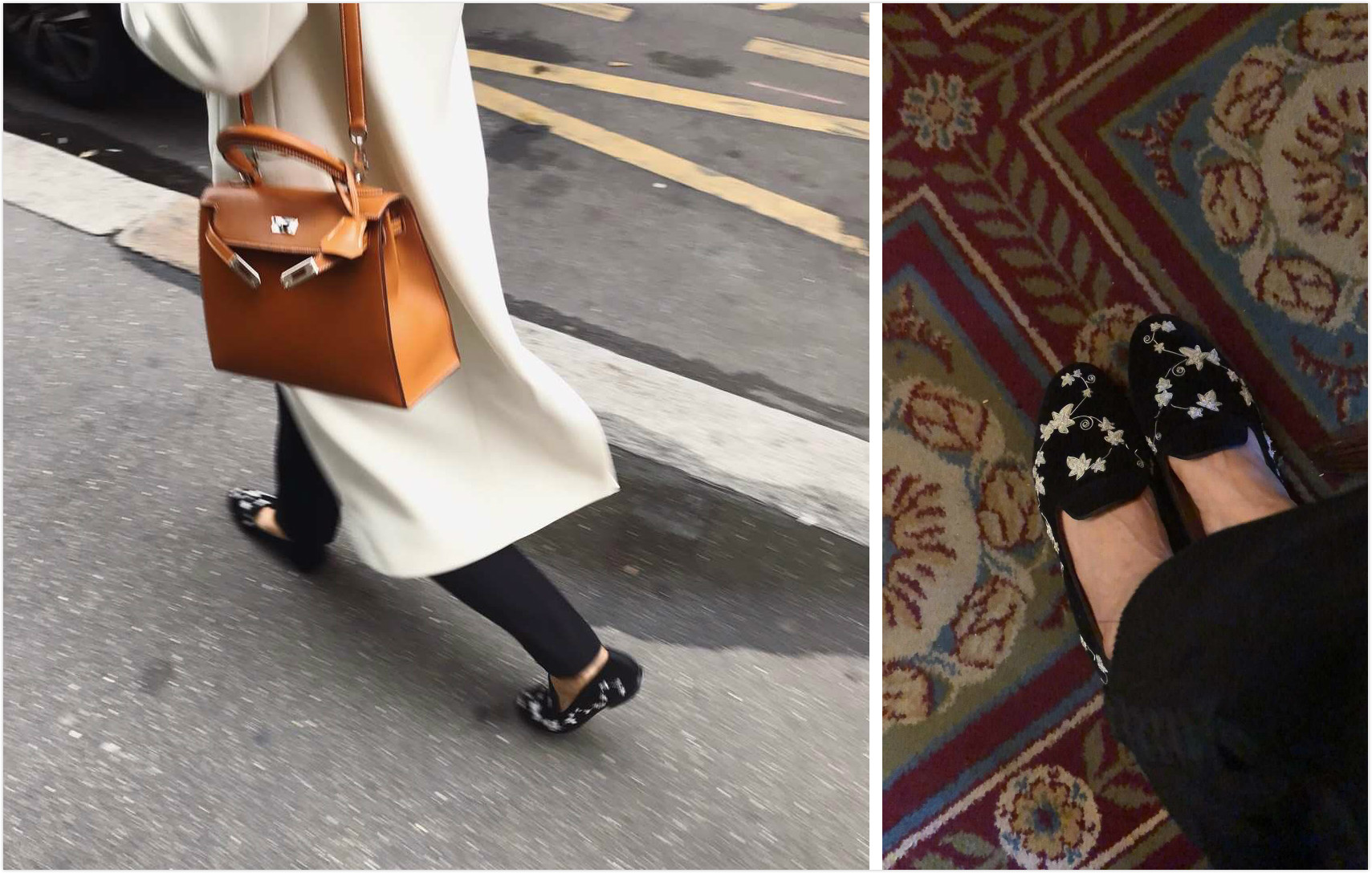 Some homegrown designers are looking to capitalize on the rising fashion influence of Chinese Tai-tai. Bing Xu, founder of his own shoe label and chief shoe designer at Shanghai Tang, and a fixture of the Chinese high society, said his shoes have been rather popular among his Birkin-carrying Tai-tai friends, and luxury brands’ China heads. Because of this, his shoes sell well without any advertisement, and a few European luxury brands are also looking to work with him to improve their footwear offerings in China.

“Many of my Chinese Tai-tai clients told me that they prefer my shoes because the design is based on a Chinese foot shape, not a European foot shape. Once they feel how comfortable the shoes are, they tell all their Tai-tai friends, and that’s how I built my business,” he said. “Comfort and material are the most important elements. If you manage to combine understated design and new ideas that embrace both East and West, Tai-tais will fall in love with your design instantly.”

With regard to the public’s newfound interest in Tai-tai style, Xu thinks “Nothing but Thirty’s” depiction of these women and their obsession with Hermès is a bit one-dimensional.

“It’s for a dramatic effect,” he said. “Those real Chinese Tai-tais I know have far better taste than what you see on TV. Usually, when I see a woman carrying a Himalaya Birkin, she doesn’t have a good taste, whether it’s in China or Europe. True tastemakers always go for Barenia or Box leather.”