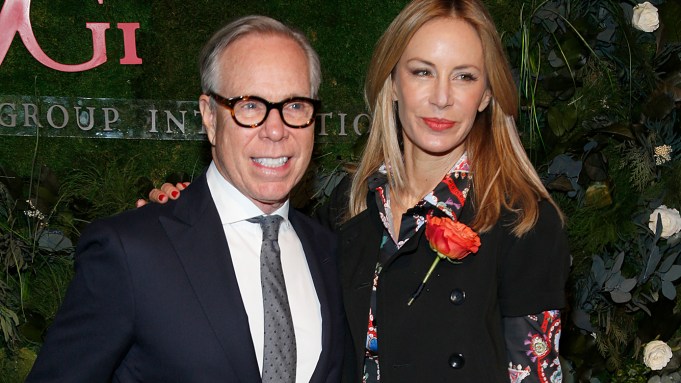 With more than 75 million people employed in the global fashion industry (four-million-plus in the U.S. alone), guests at Thursday’s Fashion Group International’s Rising Star awards were reminded by Bergdorf Goodman’s Linda Fargo, “there’s room for all of you with an idea and a dream.”

Some — like Brandon Maxwell, Brett Heyman and Dee Ocleppo Hilfiger — had those ideas fast-tracked with wins at the Cipriani 42nd Street event. As Fargo noted, they follow in the footsteps of previous winners like Tory Burch, Thom Browne, Joseph Altuzarra and Cornelia Guest. “Fashion as a profession has probably overtaken sports as an international obsession and business. The tougher news is that it’s increasingly competitive,” Fargo said.

So much so that in presenting the Rising Star Accessories award, Guest revealed a tie between Heyman’s Edie Parker and Hilfiger’s Dee Ocleppo collections. Slightly out of breath, Hilfiger told the crowd, “In fact, my husband, Tommy, who is here with me today, was preparing me all week for losing.”

There was also a tie for men’s wear with EFM’s Donrad Duncan and Malan Breton Homme’s Malan Breton sharing top honors. The latter thanked his former mentor at Turnbull & Asser, Paul Cuss, and the late Arnold Scaasi, among others. Brandon Maxwell, the winner for Women’s Ready-to-Wear rising star, the most competitive category with eight contenders, also had a long list of thanks that included his mother and father (who runs the business), a friendly adviser Domenico De Sole and every magazine that ever employed him as stylist, giving him money to help start his company.

The Rising Star Retail winner was Catherine Smith, who started the PDV site to focus on emerging designers in November 2014. Top honors for Home/Interior Design went to Aerin Lauder for her Aerin collection, who, in thanking her team said, “My uncle Leonard always says, ‘You’re only as good as the people around you’ and I’m surrounded by the best.”

Cadar’s Michal Kadar for Fine Jewelry, Firmenich’s Clio Ermenidis for Beauty/Fragrance Corporate, and Vbeauté’s Julie Macklowe for Beauty/Fragrance Entrepreneur were the other winners. Any celebrations were short-lived, as many, like Maxwell, had similar plans — head back to work.