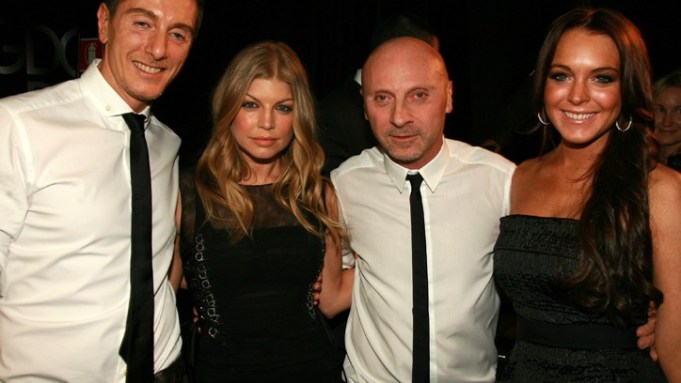 With the writers’ strike clearing the work schedules of Tinseltown starlets, the collections couldn’t have been better timed. Of course, that meant that everyone from the Hollywood elite to the extras were available to accept invitations.

New York saw the most volume, with television actresses (the cast of Lipstick Jungle, Angie Harmon) clogging the front rows, and bigger names (Kate Hudson, Julianne Moore) hitting the after parties. Even noncelebs had camera crews chasing after them now that everyone has their own reality show, including stylist Rachel Zoe.

Milan was sleepy on the star front, save for a quick and relatively unnotable appearance by Lindsay Lohan at Dolce & Gabbana. But things picked up in the City of Light, where the Olsens, Amy Winehouse and Kanye West all collided. Here, a few of the season’s memorable celeb moments.