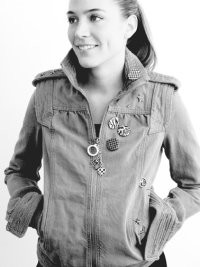 NEW YORK — Holt Renfrew, the upscale Canadian department store chain, issued a challenge to its contemporary vendors a few months ago: Custom design a jacket that epitomizes the spirit of contemporary fashion.

The jackets, on display at Holt Renfrew’s Toronto flagship until March 30, will be up for auction at the store March 19. The event is part of the retailer’s In Fashion spring promotion and proceeds from the auction will go to the Canadian Foundation for AIDS Research.

“The In Fashion event for which these jackets were designed demonstrates our leadership in the contemporary fashion business,” said Andrew Jennings, Holt Renfrew’s president and managing director. “The auction of these jackets also allows us to supplement our commitment to CANFAR’s Spring to Life campaign, providing us with many layers of added benefit.”