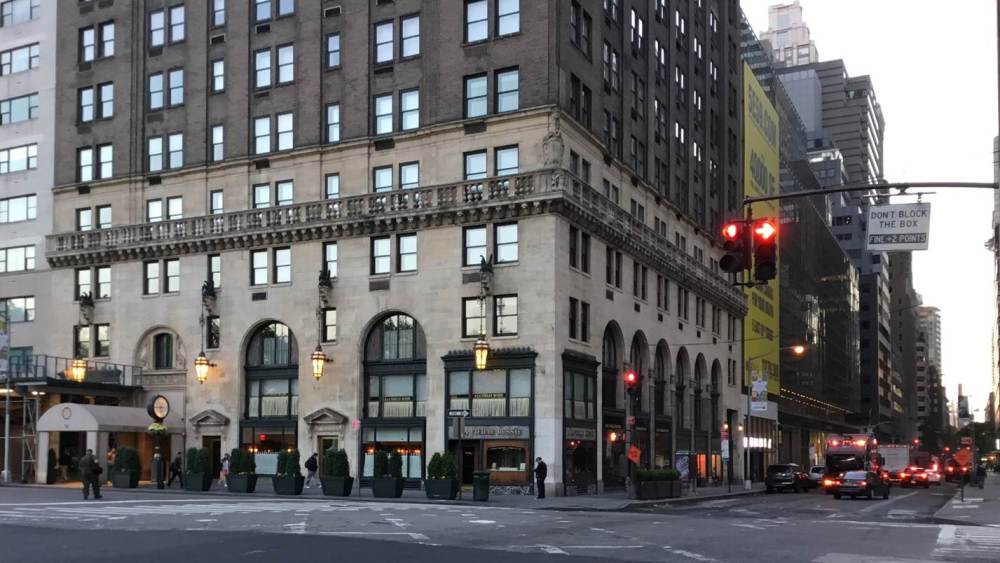 PARIS — Fashion still has its brick-and-mortar purists. Case in point: Jean-Marc Loubier, who in masterminding the international development of Belgian luxury leather goods brand Delvaux is prioritizing “outstanding stores in outstanding locations” in key cities around the world. He is founder and chief executive officer of First Heritage Brands, which snapped up the heritage label in 2011, and also owns Robert Clergerie and Sonia Rykiel.

Consider Delvaux’s Paris flagship in Palais-Royal, which opened in September 2014. The site boasts the historic venue’s original architecture, including the 19th-century winding staircase, which once graced the photo studio of the Lumière brothers and has been preserved, as were the unit’s mosaic floors. Delvaux even acquired parts of the archives of the previous owner, which manufactured heraldic wax seals for the aristocracy, with the original matrices cladding parts of the boutique’s walls.

For his next project – the brand’s first Stateside flagship, due to open next fall – Loubier has acquired the keys to a veritable architectural bijou of New York, located on the corner of Fifth Avenue and 59th Street in the landmark Sherry-Netherland building. Measuring around 6,600 square feet, the two-story site has been occupied by antiques gallery A La Vieille Russie, a New York institution, since the Sixties.

A real-estate truffle-hunter by nature, Loubier initially gravitated to “the one street in New York that everyone knows” – Fifth Avenue. But with prices for Delvaux classics, like the Brillant and the Tempete, opening at the $6,000 price point, he wasn’t necessarily targeting volume traffic. Instead, he was keen to stick close to any of the avenue’s cultural and commercial landmarks, like Tiffany & Co., Saks Fifth Avenue, the Guggenheim Museum, the Metropolitan Museum of Art or Central Park. And with the chosen site, which offers full views over Central Park, and boasts iconic restaurant Harry Cipriani among neighbors, he struck gold.

Loubier, who didn’t confirm whether the previous tenants had already been looking to vacate the premises, conceded there is always an element of luck involved in terms of timing.

“The way to develop Delvaux’s retail is very demanding. We always look for very interesting and strong locations which give the opportunity for genuine storytelling. To execute this strategy in the right manner, you have to know very well the world’s retail landscape and the cities with their identities,” he said, asserting that the site will play a major role in developing the brand’s U.S. presence.

Created in 1829 — before Hermès, Moynat and Louis Vuitton entered the scene — Delvaux, an official supplier to the royal court of Belgium, had been something of a sleeping beauty, boasting compelling savoir-faire but no money or interest for international marketing and retail expansion. Only 3 percent of the company’s turnover was achieved outside of Belgium before First Heritage Brands stepped in.

“When I bought the company, it was a name in Belgium, a historical retailer, but it was something that was at risk; it wasn’t developing. What we did was invest very strongly in the beauty of the product, while defining an identity through recognizable shapes and heritage, the fact that we are from Belgium, to express what is part of our intangible substance,” Loubier said in an interview.

Other Delvaux flagships include a store on London’s New Bond Street that opened in November 2014, and the brand’s first freestanding store in Japan, opened in July of the same year on the ground level of Tokyo’s Gyre Building on the main drag of Omotesando, and symbolically positioned between the Nezu Museum, dedicated to the art of the tea ceremony, and the Harajuku district, known for its extreme street fashion.

For Loubier, when researching sites, it’s not about the size and prestige of the location. Instead, he likes to scout buildings that already are infused with a story and soul, locations that “by themselves carry a history.”

The seasoned executive (Loubier was executive vice president at Louis Vuitton from 1990 to 2000, and president and ceo of Céline from 2000 to 2006) sees digital as a complementary communication and distribution channel for brands. But in the case of Delvaux, he’s chosen to develop the company on a retail base.

“We are ultimate luxury, a brand that people need to [experience for] the colors, the touch, the smell…. People like to discover, and they like to understand why this bag is $6,000 as opposed to a fashion bag at $3,000, which by the way, three years after you don’t use anymore,” he continued.

For Loubier, the brand’s unique positioning, as “the eldest luxury bag company in the world and at the same time, among the ultimate brands, the freshest one, so an interesting contrast” had to be reflected in the retail strategy.

“When you’re still a small company, you have to make choices…. Palais-Royal in 2014 was a way for me to show that the company is different, and it was a way also to deliver a kind of legacy message,” said Loubier. “I want to mix the intangibility of what we are as a brand with the intangibility of what the location is. I want each of my stores to be different, meaning as soon as I see a photo, I know which one it is. It’s very important.”

Developed with Tiziano Vudafieri of Vudafieri Saverino Partners and Luxembourg-based artists Martine Feipel and Jean Bechameil, working with the Delvaux team, the interior of each Delvaux flagship is specific to the location, giving the priority accent to what was existing before, and mixing in Belgian references.

“They visited it because it is much more than a store,” said Loubier. “We have museum pieces from the Belgian Decorative Arts. It’s not a gallery, it’s a store, but it represents Belgian art de vivre. People have a good reason to visit that store, not only for shopping but for understanding background.”

Today, Belgium represents about 15 percent of the brand’s sales, with France, the U.K., Hong Kong, Korea and China among the leading markets. Loubier declined to disclose figures, but said business has grown tenfold since acquiring the brand. Delvaux owns 40 standalone stores internationally and counts around 10 distributors. The brand is not sold online.

“We didn’t invent the bag, and we didn’t invent retail, but what we have invented is our own way of pulling it all together. We have a very specific idiosyncrasy,” said Loubier, who is also working on a Delvaux museum due to open in the site of the original factory in Brussels next year. This spring the brand will also be taking over a new historic retail location on London’s New Bond Street, originally the boutique of French shoe manufacturer François Pinet, and still fitted with the original interior and shop front.

“It’s a landmark once again, created at the beginning of the 20th century,” said Loubier. “You can’t always get what you want. But you aim to fulfill the targets, and once I find the right location, I move.”