Citing improved underlying financial performance, VF Corp. raised the pay of its five top executives, according to the company’s proxy statement recently filed with the Securities and Exchange Commission. 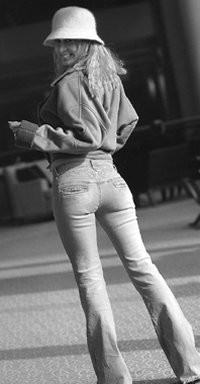 This story first appeared in the March 27, 2003 issue of WWD. Subscribe Today.

Citing improved underlying financial performance, VF Corp. raised the pay of its five top executives, according to the company’s proxy statement recently filed with the Securities and Exchange Commission.

Mackey McDonald, chairman and chief executive officer, received an 84.2 percent pay hike. McDonald’s total compensation increased to almost $2.8 million, largely as a result of a $1.5 million bonus that was up from a $530,400 bonus the prior year. McDonald’s base salary rose to $990,000 from $960,000 and he was also awarded a $310,800 payout under VF’s long-term incentive program, which paid nothing to the company’s top executives last year. In 2001, McDonald’s pay package came to $1.5 million.

The other four top executives whose pay was detailed in the proxy also received raises of more than 60 percent as a result of larger bonuses.

While a $527.3 million write-down due to an accounting change caused the Greensboro, N.C.-based company to report a net loss of $154.5 million for the fiscal year ended Jan. 4, on a continuing-operations basis earnings would have been up 27.1 percent.

The proxy statement also included a proposal by a minority shareholder, the Amalgamated Bank LongView Collective Investment Fund, which owns 36,769 shares of VF stock, representing a stake in the company of less than 1 percent. The fund proposed that VF change its board procedures so that all directors are up for election each year. Currently only one-third of the board is up for election each year and individual directors serve for three-year terms.

The fund, which made a similar proposal last year, suggested the change would make the board more responsive to shareholder concerns. VF’s board recommended that shareholders vote against the proposal, contending that staggering directors’ terms allows for better continuity on the board.

Paris Blues, one of the brands that reinvented the moderate junior jeans business in the late Nineties, is making a key executive change.

Lisa Engelman plans to step down as president of sales next month, according to the company. Pam Kraus, who was hired as national sales manager in February, will take on her duties but not the title. Engelman did not respond to phone calls Wednesday.

Kraus, a retail veteran, reports to Jose Quant, owner of the Los Angeles-based company. Like Engelman, she will be based in New York.

“What I bring to the company is not only a merchandising and wholesale background, but I also speak the language of the retailer,” Kraus said.

Kraus spent more than two decades at Federated Department Stores, including a lengthy stint as a merchant at Abraham & Straus during the Eighties. Most recently, she had served as vice president for the Style & Co. private label business.

She left Federated in mid-2002 and worked as a consultant for several months before joining Paris Blues.

Given the weak economy and the recent slowdown in the jeans business, which followed several years of strong growth, Kraus said her focus would be on invigorating sales.

“Business is tough through the country and throughout the world and we are certainly going to take a look at how we can improve things,” she said. “The jeans business is cyclical. Sometimes when the economy gets tough the customer takes a look at what she owns in denim. Denim will never go away, but the customer now clearly is gravitating towards more updated basic product.” — S.M.

With first spring deliveries in stores now, the new division includes around 15 jeans silhouettes and 15 coordinating pieces, including novelty jackets.

Targeting better specialty and major chain stores, the denim line wholesales from $36 to $39 for jeans, and from $69 to $144 for leather-trimmed jackets.

“Jeans are a great crossover complement to our knit line,” said Abby Feldman, vice president of the New York-based company. “We knew we could create special effects necessary to make it really special, in light of all the competition today.”

In January, Wayne Rogers inked a production deal with Luck Concept Ltd., a Hong Kong-based manufacturer and contractor with three factories in China. The company will expand its silk-spandex blend and leather capabilities, and offer greater exclusivity on yarn production for knits.

In the past 12 months, sales grew 30 percent, and profits have improved, due partially to more efficient operations, said Feldman. The company has sales of more than $8 million, and is sold to around 800 accounts nationwide.

Feldman is launching a campaign to educate buyers on the heritage of the line.

“We want to emphasize that we’re not a here-today-gone-tomorrow player,” she said.

Back in the USA

In an effort to make its distribution to somewhat better reflect its name, Ubiquitous Industries Inc. is launching its Ubi jeans line in the the U.S. for summer retailing.

With wholesale prices of $150 and up and aggressive finishes, including heavily wrinkled styles, Ubi jeans is the brainchild of 32-year-old Ullrich Conrad Simpson, who has worked as consultant to fashion companies including Nike, Tommy Hilfiger and most recently Pepe Europe. The line sells about 10,000 to 15,000 pairs of jeans and tops a year in select European stores, for revenues of about $1 million.

How did a super-premium jeans line with a rarified distribution wind up with such a contradictory moniker? Simpson blames his mother — his father named him, but she wanted to have some input in what he’d be called. So she nicknamed him Ubi.

The jeans are made in Los Angeles of Japanese and U.S. denim, and come in a variety of rinses and washes. Simpson, a New England native, decided to launch them in Europe largely because that’s where he was working at the time, but also as a learning experience in a new market.

He said he had few worries about launching such a high-end collection in the U.S. during an economic downturn.

“With the economy, everybody is going super-staid with things, not taking risks,” he said. “But the individual that is still going to buy is looking for that unique piece.”

But he’s not betting the house on jeans that will carry $300 retail price tags. He’s also launching a lower-priced line called UCS Dungaree Co. UCS jeans includes two styles of jeans, wholesaling for about $40. The jeans and tops in that diffusion group are made in Spain, Portugal and Turkey, and follow the same general design inspiration as the Ubi line.

He said he decided to target a lower-price tier because “that’s where a lot of people have gotten a lot of interest largely.”

He aims to sell the Ubi line to select specialty stores and plans to distribute UCS in better department stores and specialty chains. He said he believed the two lines together could eventually generate sales of about $10 million. — S.M.