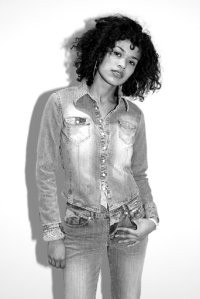 Executives from VF Corp.’s Jeanswear Coalition said they’re bracing for a rough year in the mass market, but are looking to build their presence in the department and specialty store sectors to keep sales solid.

In a conference call with Wall Street analysts this week, John Schamberger, a corporate vice president and chairman of the jeans unit, repeated an earlier warning that the company expects its mass sales to drop 9 percent this year, offsetting single-digit sales growth at Lee and in the western wear business, and leaving overall jeans revenue down 3 percent. The company doesn’t give actual sales by segment.

“We know we have some competitive challenges this year, namely the entry of Levi’s into the mass market and the store closings of Kmart and Ames,” he said, referring to the Levi Strauss Signature line, due to launch at Wal-Mart Stores in the summer.

To offset that contraction, he added: “We are aggressively seeking acquisitions to round out our portfolio.” VF would like to build “a stronger presence overall in upper-tier department and specialty stores, particularly in the junior and young misses’” areas, he said.

In the women’s business, VF’s current top-of-the line jeans brands are Lee and Riveted by Lee, which are sold in department stores and retail for a top price of about $45. The company last year introduced the Wish brand for junior shoppers in moderate chains, but has minimal junior and young contemporary product in department stores.

Over the past year, VF was said to be among the leading bidders for the Calvin Klein business, which has significant jeans and innerwear businesses that would fit into VF’s portfolio. However, Phillips-Van Heusen’s acquisition of Calvin Klein has freed up VF management to look at other opportunities, according to sources.

“No one has really addressed this consumer — the consumer that’s doing the transition from the junior department to the misses’ department,” he contended. In the moderate chain sector, Lee launched a contemporary version of its line for the past holiday season featuring younger styling and a cursive, lower-case version of the brand’s logo.

After boosting its marketing budget by 64 percent in 2002, Schamberger said that promotional spending would remain flat this year. He did not specify the budgeted amount.

The jeans business has seen strong growth in recent years, but industry executives and observers in recent months have reported a cooling of demand. Schamberger acknowledged that overall retail demand is “kind of slow out there,” but said he expected the overall jeans business to remain fairly stable.

“You may hear a lot about denim cycles and fashion cycles,” he said, “but in fact, the industry rarely changes more than a few percent in a given year.”

When people know your name, it doesn’t pay to drop it.

Executives at the urban men’s line Akademiks have decided to launch a women’s line under the Akdmks name, a reduced-vowel-content version of its flagship brand, for fall retailing. They’ve scrapped a plan reported last May to launch women’s under the 9 Muses name, which would have been a new brand.

Dan Raskin, chief operating officer at the New York-based company, said he and president and designer Donwan Harrell decided to opt for a name that was closer to the name they’d already developed.

“Akademiks has become known as a fashionable denim resource in the men’s market,” Raskin explained. “So we decided to stick with the name in hopes of doing the same with the women’s market.”

The men’s line is produced by Oved Apparel.

The women’s line, which is to wholesale for between $36 and $55, consists of an array of trendy jeans styles, denim skirts and jackets, as well as some coordinating knit tops. Raskin said he is targeting the line at select specialty and department stores where the men’s line is already represented, such as Dr. Jay’s and Macy’s. While he declined to provide a first-year sales projection, Raskin said he expects to be in 300 doors in the first year.

“Our accounts have been asking for a women’s line for more than a year,” he said. “But we wanted to wait until we felt comfortable enough to meet our quality standards. Now our main focus is to get the line to retail, directly to the consumer.”

Raskin said he is working to launch a girls’ and boys’ line next year, part of his overall vision to make Akademiks — however it’s spelled — into a complete apparel resource.

It’s been more than a decade since fashion poster pilferers have targeted Calvin Klein’s bus-shelter advertisements, back when his images of Mark Wahlberg and Kate Moss could fetch a pretty penny on the black market. But the designer’s latest CK Calvin Klein Jeans ads with Natalia Vodianova and Travis Fimmel have become such instant collectors items that the glass cases of at least a dozen of the 50 Los Angeles bus shelters housing them last month have been smashed. In some locations, the posters have been stolen more than once.

As part of an ongoing effort to raise its profile in Europe, Levi Strauss & Co. this week relaunched its European Web site, eu.levi.com.

Levi’s first opened its online window in Europe in 1995. Over the years, it has taken on many faces, most recently turning into a comprehensive catalog-style site.

“The relaunch is part of our overall strategy of driving innovation into all parts of the brand,” said Kenny Wilson, president of Levi’s brand in Europe, the Mideast and Africa.

“Now, we will only feature the most innovative products in each category, with some 80 to 100 products featured per season,” he said.

Although not an e-commerce site, it does provide links to retailers selling Levi’s on the Web.

Wilson said there are no immediate plans to update the company’s U.S. Web site. Over the last few years, Levi’s European arm has lead the San Francisco-based company in innovation, introducing products, such as Engineered Jeans, and new retail formats.

Wilson said Europe would also become the test ground later this year for a new stand-alone retail format dedicated exclusively to women’s clothes. It will bow in Paris.

“We believe that we can increase our women’s business between 15 and 20 percent over the next few years,” said Wilson. He added that sales of women’s clothes account for about 30 percent of the company’s overall sales in Europe at present.

Already, Levi’s has begun revving up its engines. Three weeks ago, it opened its first women’s in-store shop, within the Paris flagship of French cheap-chic retailer, Etam. There are plans to open similar units in the future.