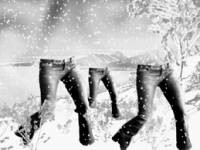 Putting the Brakes on Deflation

In the apparel industry, price pressure is a little like the weather: Everyone complains about it, but no one does anything about it.

But in the jeans category, that may be starting to change. Sources told WWD that executives from May Department Stores Co. made the rounds last week of moderate junior jeans companies with an unexpected message: They wanted to see products with higher price points.

That development was greeted warmly by a few jeans executives, who took it as a sign that department stores might be changing their thinking about how to motivate shoppers. That’s particularly critical at a time when demand for jeans is starting to calm, after three years of near-frenzied growth.

The move is a small one: Jeans executives said the retailer is looking to raise its top price point in the moderate junior category to $34.99 from $29.99. But supplier executives said that’s enough of a move to allow them a little more leeway in experimenting with details like hand-sanding or belts.

Jim Foley, corporate general merchandise manager for sportswear at St. Louis-based May Co. — who, sources said, was making the pitch for higher-priced products — referred questions to a company spokeswoman, who declined to comment for this story.

Jeans executives added that they hoped other department store chains would take to the idea of higher price points.

“Major department stores are running around telling us they want to do better garments at higher prices,” said Dick Gilbert, president of New York-based Mudd Inc. He added that the motive for the change was a simple one: “To try to boost the margins.”

He said the change was needed in a market where designers have become too focused on taking costs out of a garment, rather than putting new features in.

“We went from Mexico to China and now everybody is heading to Vietnam and Cambodia,” he said. “Pretty soon, we’ll be looking for sewing machines on Mars. If we don’t break out of this whole mold, nobody is going to be making money in 2005 and 2006.”

He said Mudd plans to show jeans with a targeted retail price of $34.99, starting in February for back-to-school deliveries.

Lisa Engelman, the New York-based president of sales at Paris Blues, said the higher prices would make it easier to attract consumer attention.

“This is more about the perceived value,” she said. “You drive the price down and the retailers need better prices and you sacrifice styling, and then the consumer doesn’t even come in the store. Is that what we have now?”

She noted that prices in the moderate junior jeans category had steadily been driven down by retailers for the past few years and questioned whether that strategy has helped to drive demand.

With demand for jeans apparently slowing down, designers and retailers have said that new fashion ideas will be the only way to keep consumers spending. Engelman contended that the focus on churning out lower-priced product has limited the ability of brands to get those new ideas into stores.

“By having to deal with these price points of $29.99 and below, and having to live with healthy margins, there’s not much to do fashion-wise,” she said.

Engelman added that her designers will show her new looks and embellishments, but in the costing process, it’s often necessary to take distinctive details off those new styles. She said, “You take the belt and buckles off and it’s a basic five-pocket jeans.”

Gilbert said the extra five dollars, which would translate into about $2 on the wholesale price, will give moderate jeans firms a chance to experiment with high-end techniques, like the hand-sanding common on high-end denims.

“It’s very noticeable when you hand-sand a pocket,” he said. “We’ll figure out a way to do mass jeans by hand.”

While Mudd wouldn’t be able to put as much handwork into a pair of jeans as can its high-end Paper, Denim & Cloth, which sells jeans with $100-and-up price tags, Gilbert said there would be ways to work in the technique.

“You can just hand-sand both pockets and the rest you leave alone,” he said.

He acknowledged that it would be critical that the higher-priced jeans look different from their lower-priced cousins. He also admitted that the move will be a risky one, given the current slowdown in the economy and consumer spending on apparel.

“It’s not for everybody,” he said.

Some denim executives expressed skepticism that they could raise prices now.

“If anything, we’re hearing the opposite,” said Carl Eckhaus, president of the New York junior line Angels Jeans. “We believe this is going to be a non-denim-driven season to some degree, and that being the case, we expect things to be price-driven.”

Given the slowdown in demand, he continued, jeans companies are faced with a major question: “How do we…build it up? I don’t think the way to build it up is by raising prices.”

Still, proponents of the idea see it as a positive sign for retail, and in particular, a way for department stores to distinguish themselves from their lower-priced competitors, like national chains and mass merchants.

Gilbert said the move would be a positive one, even if it doesn’t sell more jeans than are sold under the current price structure.

“This is not a volume enhancer, this is a quality enhancer,” he said. “It’ll be splitting dollars at best. You’re not doing this for dollars, you’re doing this to make the company a better company and get more margins.”

He acknowledged the strategy was risky, but said he saw it as necessary.

“It’s got to work,” he said, “because nobody’s happy with their margins now.”

Viewers tuning in to Super Bowl XXXVII on Sunday will be bombarded with a wave of ads geared at parting them from their money. But Levi Strauss & Co. plans to run a spot that will give viewers a chance to win a few bucks, without even betting on the game itself.

During the second quarter, Levi’s intends to air a 60-second commercial introducing its new Type One jeans style to the public, as reported. The ad will also offer the final clue in a contest that gives viewers a chance to win a pair of jeans adorned with diamonds, gold and rubies that Levi’s is valuing at about $85,000, which will come with about $65,000 in cash and other instruments to bring the prize’s total value to $150,000.

To win the jeans, viewers have to guess in what U.S. city they are hidden. As this is part of Levi’s 150th anniversary celebration, the city is in some way tied to the San Francisco-based company’s history.

It’s a big chance, but viewers’ sole clue doesn’t have to come from the ad itself. Since the beginning of the month, Levi’s has been running trivia questions on its Web site to give Levi’s aficionados a leg up in the competition.

To give readers of WWD a bit of a leg up in the contest, Denim Dish completed the first three questions of the contest and can offer three clues to the contest:

The jeans are closer to the Pacific Ocean than the Atlantic.

The jeans are at 37 degrees, 67 minutes north latitude.

This narrows things to an area of northeastern California and northwestern Nevada. There are a few cities that figure in Levi’s history that appear to be ruled out by those guidelines. One is San Francisco itself, which is northwest of the area in question. Reno, Nev., the home of tailor Jacob Davis who patented the idea of riveting pockets onto jeans, appears closer to the area the clues suggest, but at 39 degrees 50 minutes north latitude, also seems to be a little far north.

Buttenheim, Bavaria —?the birthplace of the company’s founder — is not even in the running.

In addition to preparing their snack assortments and deciding whether they prefer the odds of the Tampa Bay Buccaneers or the Oakland Raiders, Denim Dish readers may want to pull out their atlases of the U.S. in time for Sunday’s kickoff. Levi’s plans to accept contest entries on its Web site, levis.com, Sunday through Tuesday.

Avondale Gets Boost in Quarter

For the three months ended Nov. 29, the Monroe, Ga.-based company recorded net income of $1.4 million compared with a net loss of $8.4 million in the prior-year quarter. Year-earlier results included a $6.5 million pretax restructuring charge. Sales for the quarter were up 12.1 percent to $167.2 million.

In both divisions, the firm said an increase in the volume of products sold offset a decline in selling prices.