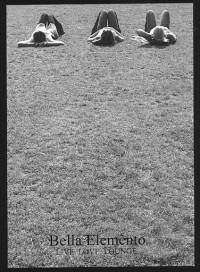 Come fall, Americans and Canadians interested in wearing a designer name on the back of their jeans will have another option. Coolwear, the New York-based sportswear maker, will be launching jeans with the Christian Lacroix label under licenses from LVMH Moët Hennessy Louis Vuitton.

The line will be distinct from its in-house European jeans line, tamer in tone and lower in price to appeal to American shoppers, said Jean-Pierre Debu, president of Lacroix.

“For a long time, the brand has been very much oriented to the couture lines,” he explained in a phone interview. “This is a new approach, to get to a new market, respecting the rules of the American market and giving a special perfume to the products. You will see, price-wise and style-wise, something which can fit very well with your market.”

The jeans, which are to be unveiled to department store buyers later this month and are to ship starting in July, will be designed with a contemporary customer in mind. Wholesale prices are to range from $47.50 to $52.50, with targeted retail prices around $100.

Debu emphasized that the design process was a collaboration from Lacroix’s European staff and Coolwear’s U.S. designers.

“We think they reached a very good result. It’s not a crazy thing, but something that is without any doubt market-oriented,” he said. “They used some tricks, which are really completely in accordance with the Lacroix identity. They’re not full of colors and so on, but you get the gimmicks, which give Lacroix’s touch.”

The line will also include tops, skirts and corduroy pants.

With the addition of a new label and another one to come, The Jolna Design Group has some major plans in the works this year.

The Los Angeles-based company, best known for its Bella Dahl brand, has taken the next step toward expansion with the launch of a second brand, Bella Elemento. The new line, ready for a full fall line at retail, was created with a new customer in mind — one that hasn’t been able to wear the contemporary styles and low rises offered by Bella Dahl.

“The Bella Elemento customer is a 30- to 55-year-old woman who is in good shape and she wants to look stylish, but also wants to look her age,” said Kerry Jolna, president and chief executive officer. “She wants to be comfortable and doesn’t want superlow rise.”

The new line comes in two different fits, both appropriate for an older customer. One fit carries an 8-inch rise and the other is a 9-inch rise. The collection includes a variety of jeans styles, sweat sets and canvas stretch bottoms. Although Jolna said the fabrics are of the same quality as the Bella Dahl line, that is the only feature the two brands share. The colors, styles and logos are different and he has hired a separate staff to design, merchandise and sell the brand, as well as showcase it in a different showroom.

“Retailers have told me they are looking for a line like this, to satisfy this customer,” he said. “This customer has the biggest disposable income and will spend the money. The problem has always been that they just can’t find the right fits.”

Bella Elemento’s wholesale range is $45 to $65 and Jolna said he projects sales of $5 million in the first year.

Jolna Design also plans to launch a girl’s line for fall retailing. The line has been tested at retail and has performed well. It will be for girls sizes 7 to 14 and will be labeled Bella Dahl Girl.

At the end of this month, Jolna plans to launch Bartack, a men’s line of denim jeans and casual woven tops and bottoms. Also, Jolna said that sometime within the next three months, he will hire someone to head up foreign distribution.

The Los Angeles-based private label casual apparel manufacturer said the price tag for the Tlaxcala, Mexico, twill mill consisted of 100,000 shares of a newly created, nonvoting, series-A preferred stock of Tarrant, which will become convertible into 3 million shares of common stock if Tarrant shareholders approve the conversion at the 2003 annual meeting, plus a 25 percent equity stake in its wholly owned Tarrant Mexico subsidiary; the cancellation of approximately $56.9 million of certain notes and accounts receivable, and a nominal cash payment of $500.

In late 1998, Tarrant commissioned Trans Textil to construct and develop the plant, then leased and sold the firm’s manufacturing equipment to get it running and secured a production agreement for first right to its annual capacity of 18 million yards. The production agreement included the option for Tarrant to purchase the facility and cancel the agreement.

“In 1997, we commenced the vertical integration of our business in Mexico in order to reduce product cost, allow us to better control production variances and to make us more competitive,” Gerard Guez said in a September statement. The mill’s purchase marks the completion of that strategy.

He said Tarrant “will now benefit from eliminating some staffing redundancy, and most importantly, by capturing the profit from fabric production.”

As reported, for the third quarter ended Sept. 30, Tarrant recorded net income of $1.1 million, or 7 cents a diluted share. That compares with last year when the company incurred a net loss of $4.2 million, or 27 cents a share. Net sales for the quarter climbed 20.6 percent to $94.3 million.

Overall, for the first nine months of the year, the firm reported a net loss of $2.9 million, or 18 cents a diluted share. Those results included a $4.9 million write-off for the adoption of a change in accounting principle regarding the amortization of goodwill. Excluding that charge, the company would have posted net income of $700,000, or 4 cents a share, versus a prior-year loss of $2.1 million, or 13 cents a share. Net sales for the period dipped 1.5 percent to $254.8 million from $258.6 million a year ago.

Upon release of its third-quarter figures, Tarrant said it expects full-year earnings should break even with last year’s before the cumulative effect of the accounting change.

Buffalo’s I on Denim

Buffalo by David Bitton has its sights set on the high-end jeans market.

The Montreal-based company, which produces a better jeans and sportswear collection, plans to launch a new line, I Jeans, to be ready for spring selling. The line consists only of denim jeans and jackets and, according to Farah Dib, marketing and advertising director of Buffalo, it will remain that way.

“It will always be denim, we don’t plan to add tops or anything like that,” Dib said. “We want to stay focused on the denim.”

The new collection differs from Buffalo, since the quality of denim is higher and the styles are aimed at an urban woman. Dib said the jeans were made longer in order to make it easier for women to wear with high heels. She said the company will target high-end specialty retailers, wholesaling for $75 to $87.50, whereas Buffalo’s wholesale range is $27.50 to $62.50.

“There is a real demand for high-end jeans,” Dib said.

She isn’t concerned that denim demand seems to be on a downward trend.

“Denim has slowed down a bit, but this is what we have been doing for years and we know that it will never go away,” she said. “It just goes in cycles.”

Dib said the company expects $3 million in sales this year for I Jeans and plans to launch a men’s version in the fall.