A Haas Retires at Levi’s

Peter Haas Sr. is stepping down from his seat on the Levi Strauss & Co. board and from his post as chairman emeritus, the firm said last week. His spot on the board will be filled by his wife,... 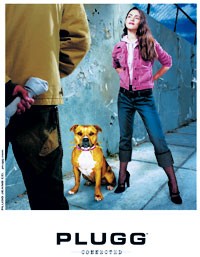 A Haas Retires at Levi’s

Peter Haas Sr. is stepping down from his seat on the Levi Strauss & Co. board and from his post as chairman emeritus, the firm said last week. His spot on the board will be filled by his wife, Miriam.

Haas is retaining his position on the company’s four-member voting trust. The other three members of the trust are Peter Haas Jr., current chairman Bob Haas and San Francisco financier F. Warren Hellman. While Hellman, according to press reports, is distantly related to the Haas family, he gained his stake in the company during its leveraged buyout in the Eighties.

The voting trust has effective control over the privately held company, retaining the right to elect and remove directors and to amend the firm’s bylaws.

In a statement, Bob Haas said of his uncle, “His commitment to the company’s values and passion for our products and people have inspired all of us on the board.”

Miriam Haas, 58, said, “I am keenly interested in doing whatever I can to help build upon the company’s legacy.”

Levi’s has been in a sales slump for the past seven years, during which time its volume slipped from $7 billion to $4.1 billion. But the company’s dominance of the U.S. jeans business was all but unquestioned during the senior Haas’ time at the helm.

In May 2003, when the company celebrated its 150th anniversary, then-San Francisco Mayor Willie J. Brown recalled a vivid illustration of the dominance. He said he had traveled to a school with Haas, where during a question-and-answer session, one student asked how companies determined market share.

“Peter said, ‘OK, I’ll show you,’” Brown recalled. “And then he said, ‘Will everybody in the room who owns a pair of Levi’s please stand up.’ And everybody stood up.

“And he said, ‘That’s how you determine market share.’” — Scott Malone

The ads, part of a $3 million effort to relaunch the brand, feature the tag line “Take a Stand” and the brand’s iconic bulldog, according to Margot Lewis, a principal at M Media, which produced the campaign. In addition to the print ads, the company is planning billboards in Los Angeles; Charlotte, N.C.; Seattle; St. Louis, and Dallas. — S.M.

French Connection is getting serious about denim.

The London-based company, known in the U.S. as a contemporary sportswear firm, will launch a collection of premium denim jeans and jackets in America for next spring. According to Andrea Hyde, president of 35-year-old French Connection Holdings, the firm has been looking to enter the denim category here for some time.

“The denim is already in Europe and doing well,” Hyde said. “We just needed to make sure we had the perfect product before launching in the U.S.”

Targeting high-end specialty stores, the line consists of basic five-pocket jeans and fashion denim pieces. It also includes an array of corduroy jeans styles in bright colors to work with the rest of the French Connection sportswear, denim miniskirts, jackets and blazers. Also included is a small collection of jersey T-shirts.

The tag, which reads “fcuk jeans,” is small and subtle on each item. Hyde said the denim comes from mills throughout Europe and Japan, while the jeans are designed out of the London headquarters. In the year ended Jan. 31, the company said strong retail and wholesale sales, coupled with a strengthening North American market, drove profits up 29.4 percent to $48.6 million, or 26.4 million pounds at current exchange. Volume grew 11.2 percent to $492.9 million.

“We’ve always had a small denim collection in the stores,” Hyde said. “But with the premium denim becoming such a big business, there’s no reason for us to not have one of our own. It’s a collection within a collection. It’s a natural next step.”

The FCUK Jeans collection wholesales for $68 to $94. Hyde projects the new denim collection will bring in $50 million in sales globally in the first year. — Julee Greenberg

Paul Witt has left Sean John, where he was marketing director, to join Mavi Jeans as director of marketing and communications. Witt will start in this newly created position on Monday.

Witt spent the last six months at Sean John. Prior to that, he spent almost nine years at Diesel, where he worked in marketing and communications.

“What I’ve realized is that I know this market really well now, and for Mavi I see this as a good time for the brand,” Witt said. “It’s a price point that really hasn’t been tapped into yet, and there will be a lot more to come from the company.”

“We need to be better at communicating our message to our consumer,” Frankel said. “Paul is the perfect person to do this. He has a great background and he’s just a terrific find for us. He will work very closely with our team in Turkey to help Mavi communicate around the globe.” — J.G.