The Mudd family is expecting a couple of new arrivals this year, a contemporary brand called Piama and a men's product dubbed Red Mukk. 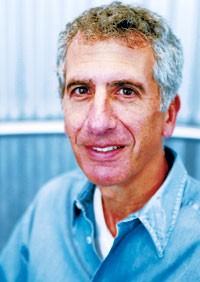 NEW YORK — The Mudd family is expecting a couple of arrivals this year.

“This is just the beginning of a really big expansion,” Gilbert said. “The plan was to use us as a springboard to do much more.”

The publicly held Tack Fat manufactures swimwear and jeans at plants in China and Cambodia. It employs more than 17,000 people. Mudd is the firm’s first major branded venture in the U.S.

Jacquie Jaeger, who joined the company as account executive for the line, said the goal was to position it well above Mudd’s moderate junior niche.

“This will be targeted at the top tier” of department stores, she said.

For fall deliveries, the line features two core styles of jeans — each with a slim contemporary fit — in a pair of washes. Jaeger, who did stints at Paris Blues and Glo Jeans prior to joining Mudd, said the target consumer is women aged 21 to 25, though she said the brand will also aim to appeal to some junior shoppers.

This is the second line Gilbert has named after one of the women in his life. His first business was Zena jeans, named after his wife. That line continues today as a contemporary moderate brand, and is still wholly owned by Gilbert. Piama is a family name in the Gilbert clan — held by one of his twin 31-year-old daughters. A poet, she happens to be the one Gilbert who hasn’t followed dad into the apparel business.

His other daughter, Alex, has a ready-to-wear business backed by her father, called Alex Gaines. The elder Gilbert last year sold the Paper, Denim & Cloth business to his son, Chris. Jeans under the Paper label primarily retail in the $165 to $190 range, above Piama’s price zone.

Raising his head above the moderate tier has been something of an obsession for Gilbert over the past few years. While Mudd remains the firm’s biggest business, it competes in a low-margin area.

During the past couple of years, Gilbert test-marketed a higher-priced version of Mudd, first called Mudd Couture and later renamed M Couture, with retail prices starting at around $50. That line was mothballed late last year.

The firm expects the new line to generate about $5 million in first-year sales. That’s an incremental step for Mudd, which last year generated $475 million in sales, including licensed products.

Gilbert’s new investors want to turn Mudd into a $1 billion business over the next two years. Much of the brand’s growth is expected to come from overseas markets. Gilbert said Mudd this year plans to begin opening its own stores, with more than 50 planned in Asia, as well as three in the U.S., primarily in the suburbs of Manhattan.

The brand’s agent, Ingroup Licensing, has also lined up distributors to launch Mudd in Scandinavia and Latin America this year. VIB AS of Norway will add distribution for all of Scandinavia this spring, and Bellagio Enterprise Panama Inc., of Panama, will take over sales in Central and South America in the fall. — Scott Malone

Fall Looks Take a Cue From Jeans’ Past

PLANO, Tex. — For new ideas in denim, designers turn to old inspiration, like 19th-century photos of miners wearing Levi Strauss’ original jeans. The abraded wear on the legs, scattered holes and slubby weave that characterized dungarees in the past will also be a key look for the fall 2005 and spring 2006 seasons.

He spoke Monday at a seminar at J.C. Penney Co.’s headquarters here to support the Dallas Fashion Incubator, a nonprofit group that seeks to build the city’s fashion industry by educating aspiring designers and entrepreneurs.

With Darrell Bailey, who designs Penney’s Arizona jeans for men’s and boys, and Geoffrey Henning, design director for the retailer’s Mix It contemporary women’s collection, the trio presented a comprehensive primer on denim production, jeans processing and style trends emerging from industry leaders in Tokyo and Amsterdam.

They outlined some of the basic principles in denim processing, explaining, for instance, that the indigo dye used to give denim its familiar hue coats the cotton yarns in the fabric, but doesn’t penetrate them. That means the dye chips away as the jeans wear, creating the classic white wear spots. It’s the same characteristic that high-end finishing houses exploit when they mount new jeans on inflatable mannequins and take to them with palm sanders.

“It’s all about destruction these days,” said Bailey, pointing to examples of severely abraded, crinkled, picked, torn, patched or darned jeans from Japan, the Netherlands and France. These appeal especially to trendy junior shoppers and young men, he noted, but smooth abrasion that mimics normal wear on jean legs and behinds are popular for misses’ and men’s jeans, as well.

“For spring [2006], there are two extremes — extremely beat up and really dark-rinsed clean looks,” Bailey said.

Bailey and Henning agreed that waists are rising.

“The low rise is not happening anymore,” Henning said. “We’re seeing it all the way up to the natural waist, which is actually not that flattering for a woman. Remember those Chic jeans from the Eighties? It will be in the high end for spring ’06 and for fall ’06 for mass.”

A key new look in women’s they cited was styles with holes that have been patched with printed fabrics that evoke old aprons or curtains. Other new details include swirled embroidery on the back pockets and thicker, more visible thread — both occasionally colored.

Exaggerated hardware is another new element gaining speed, including colored zippers and larger buttons, sometimes colored, as well as studs and rivets. Inside seam widths are growing from the quarter-inch standard to one-half inch, which accentuates the light high points and dark valleys of the seam.

There is also a revival of the twisted seam, which Levi’s launched five years ago on its Engineered Jeans styles. They underperformed the brand’s expectations in the U.S., but continue to sell well in Europe and Asia.

“Women’s is not quiet,” Henning said. “In the next eight months, you will see over-the-top embellishment, hardware, sequins and embroidery on the back pockets and down the leg again.”

“The biggest trend in Tokyo is charm bracelets on jeans,” said Henning, adding that skinny-leg cuts are also important there. “The key to the business now is, how does your denim look different from anybody else’s?”

It’s a strategy that is working for Penney’s. The store’s updated Arizona brand has regained its status as a $1 billion business after losing ground along with the retailer’s fortunes in the late Nineties. Two months ago, the chain introduced plus-size fashion denim up to size 24 under its Mix It brand in 400 stores.

NEW YORK — So Low, the Los Angeles-based contemporary label, is rolling out a premium jeans line for fall.

“We were waiting for the right time and we needed to have enough brand recognition before we started doing denim,” said Laura Chambers, president of So Low. “Now we’ve got a very good name and a brand that is important to that young contemporary consumer.”

So Low launched in 2002 as an innerwear and loungewear company, but has since evolved to a full women’s contemporary label.

Chambers said So Low will address the trend of distressed denim, but with its own flair.

“We’ll do rips and tears, but in a more natural way,” she said. “We’re not going to offer big holes in the knees. We’ll do it in a way that’s not overdone.”

The jeans will come in nine washes and an embroidered style will be worked into one of the four fits. Rounding out the collection, So Low will also introduce a denim coat and a denim knee-length skirt. The denim collection will be targeted to specialty stores.

So Low premium jeans are crafted with Japanese and European denim, and are produced and washed in Southern California. Chambers projected $6 million to $8 million in wholesale volume for the denim collection in 2005. — Lauren DeCarlo