Jeans makers vie for the A-list to burnish their brands with consumers. But cultivating celebrities calls for a certain finesse. 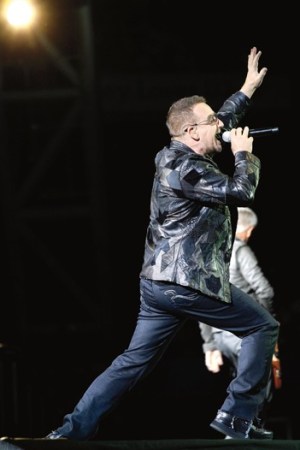 Stars really are like us—they wear a lot of denim, both for work and off duty. But, unlike us, actors, musicians and sports figures tend to receive lots of free jeans from denim brands eager to clothe cultural tastemakers.

“With the plethora of denim brands in today’s market, having A-list celebrities seen in our product is a key component of being a fashion leader,” explains Jeff Lubell, chief executive officer of True Religion Brand Jeans, which counts Keith Urban, Ludacris and Alex Rodriguez among its fans. Crosstown rival Seven For All Mankind employs a full-time celebrity relations manager to oversee outreach to stars, stylists and agents.

“When Justin Bieber wore one of our outerwear pieces in his ‘U Smile’ video, it got a lot of attention,” says Leilani Augustine, vice president of marketing and licensing at Seven. Other Tinseltown types known for wearing the VF Corp.–owned label include Ashton Kutcher, Matthew Morrison and Ben Affleck—although the latter is also claimed as a fan by J Brand. Like regular folks, celebs don’t stick to just one jeans brand.

Celebrity connections can be especially important in the denim arena because jeans can be perceived as generic, points out Shubhankar Ray, global brand director for Dutch brand G-Star, which counts Zac Efron, Jay-Z and John Legend among its aficionados. Last year, Efron told WWD that G-Star made his favorite jeans. “I wore them all throughout High School Musical 3. You have to wear them everywhere to get them right,” he enthused.

On his most recent U2 tour, Bono often wore Rock & Republic jeans onstage. “Initially, he had his own pairs, and then his stylist asked us to provide more,” recalls Michael Ball, founder and ceo of the brand, which happens to be struggling to get out of bankruptcy at the moment. (Maybe Bono can buy more jeans?)

Fans of AG Adriano Goldschmied include Channing Tatum, Usher and Matthew McConaughey, while Hudson Jeans counts Derek Jeter, Mark Sanchez and Ryan Reynolds on its team. “There’s not a specific formula to working with celebrities. It tends to be organic,” says Tony Chu, v.p. of communications at Hudson. “With Jeter, it was through his agent, who happened to be a friend of a friend.”

Diesel works with Bradley Cooper’s stylist, Ilaria Urbinati, as well as Chace Crawford’s manager, to get its jeans into those stars’ hands, reveals David Ireland, the brand’s v.p. of marketing.

Working with costume designers is another effective way to get denim brands in front of bold-faced names. PPD, for example, works with Glee and Gossip Girl, while Guess provides product to The Vampire Diaries. This winter, Guess partnered with Glee’s Mark Salling to promote his album Pipe Dreams with in-store events.

The brand that may get the most celebrity hits, due to its size and iconic stature, is Levi’s. James Franco wore them during much of the Toronto International Film Festival, and Andrew Garfield has been spotted sporting the Red Tab to several recent events. The brand operates a dedicated showroom in Los Angeles to service television and film wardrobes—including I’m Not There, Milk and The Runaways—as well as press and editorial work, notes Sheri Timmons, director of engagement marketing for the Levi’s brand.