NEW YORK — Kate Spade LLC has been hit with a lawsuit from Platform LLC, a design firm Spade hired two years ago to help it enter the home category, alleging breach of contract among other associated charges.

Platform is represented by... 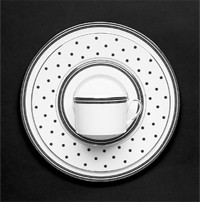 NEW YORK — Kate Spade LLC has been hit with a lawsuit from Platform LLC, a design firm Spade hired two years ago to help it enter the home category, alleging breach of contract among other associated charges.

Platform is represented by the firm of Barry Slotnick, the high-profile attorney best known for his criminal work on behalf of subway gunman Bernhard Goetz.

The suit, filed Tuesday in the Supreme Court of the State of New York, doesn’t specify the exact amount of damages sought, but Slotnick said in an interview it would likely be in the range of $25 million for actual and punitive damages.

When asked why he took this case, Slotnick said: “Kate Spade is doing something that shouldn’t be done. This is a case of a big guy stepping on the small guy and it’s wrong. While I see a lot of people that are wronged, I feel this is an important issue and we believe that Platform will prevail.”

According to the suit, Platform entered an agreement with Kate Spade in July 2001 to provide design work for home products, and help the accessories company find manufacturers and licensing partners to enter categories such as tabletop, fabrics and bedding. Platform’s compensation was to be determined as a percentage of royalties on the sales of these products, the suit states. After Platform developed the designs and found licenses, Kate Spade terminated the agreement and began “improperly” using some of Platform’s designs, such as the “Mondrian” and “Letter Scramble” in its handbags and other products, the suit alleges.

“In sum, this is an action about theft, betrayal, deception and the exploitation of a smaller design firm for a larger firm,” the suit states. “Kate Spade has no legal right to the use of Platform’s intellectual property in its handbag collection…and has a contractual obligation to pay Platform for the work it performed pursuant to the terms of the agreement.”

Kate and Andy Spade, the husband and wife team behind the brand, declined to directly comment on the lawsuit.

In a statement, Barbara Kolsun, Kate Spade’s senior vice president and general counsel, said: “The suit has absolutely no merit. The truth is, Platform never fulfilled the terms of its agreement with Kate Spade, then ran out of money and its partners had a falling out when one of them took a full-time job with someone else. At that point — Platform told us it could not live up to its obligations — Kate Spade terminated its contract with Platform. Now that Platform has made the choice to go to the courthouse with meritless claims and false accusations, we will vigorously defend and countersue.”

According to the suit, Platform spent “several hundred thousands” of dollars to create designs for Spade, but has received only $150,00 as an advance against future royalties.

The New York-based Platform, a three-year-old firm, is run by principals Stephen Werther, Tammy McNamara and Troy Halterman, all of whom have extensive experience in the home category. The suit also alleges that Kate Spade tried to hire Halterman away from Platform and work directly with Kate Spade to design and develop products made by the home licensees. In addition, the suit states, Werther had left Platform to work at the Disney Store Inc. in 2002, and Spade president Robin Marino asserted that because of his move, Platform was in default of the agreement. Werther is now back in New York and working at Platform.

Spade, which is majority-owned by Neiman Marcus Inc. and has annual sales of about $70 million, is launching an array of home products under license in time for spring selling and a party at its showroom to introduce the home products is planned for later this week. There are now three licensees with which Spade is working: Scalamandre for woven fabrics and wallpaper, Lenox for tableware and Springs Industries for bedding and bath collections. Slotnick said the timing of the suit and the party was a coincidence.

Kate Spade is still best known for its handbags, but the firm has been expanding its business into other categories in recent years through licensing and has also been building its business internationally. Among the products it now sells under license are eyewear, shoes and cosmetics.

Attorney Robert Tucker, of Tucker & Latifi LLP, who represented Platform in the initial contract with Kate Spade, said Platform’s lawyers had repeatedly tried to settle this situation with Kate Spade before filing suit. He said their efforts were rebuffed by Spade’s counsel and other company executives.

Kate Spade now has 20 days to respond to the filing, following which discovery proceedings will take place, according to Slotnick.