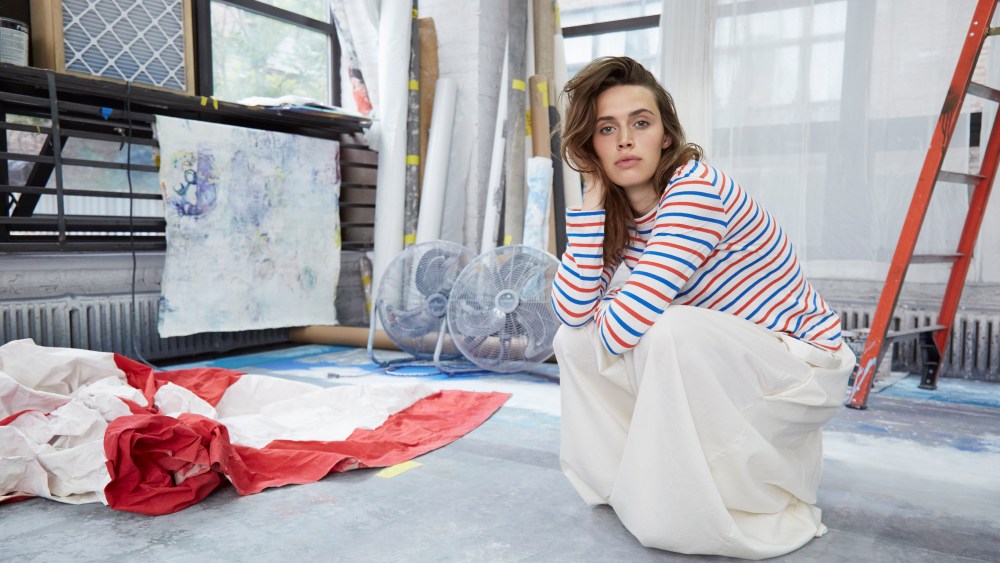 Do one thing really well.

That’s the motto at Kule, where founder and creative director Nikki Kule has set out to make the perfect striped shirt.

“You can wear stripes forever,” Kule said on a recent morning in her SoHo, Manhattan office. “They never go out of style. I’ve loved stripes for so long, it’s amazing that I’m not sick of them.”

The New York-based label has gone through a few iterations since its inception in 2001. Back then, Kule, who earned a degree in fashion design from The New School’s Parsons School of Design in Paris and New York, launched her brand with a line of kids’ clothes. At the time, luxury children’s wear was a largely untapped market and her client list included Cindy Crawford, Reese Witherspoon, Stella McCartney, Julianne Moore and Gwyneth Paltrow. “I was making cashmere sweaters and shearling jackets for kids. Nobody was really doing that, and then everyone started jumping in,” she said.

Eventually, Brooks Brothers took notice: In 2009, the brand hired Kule to relaunch its boys’ collection and introduce a girls’ line. She stayed at the company for about five years before deciding to relaunch her own women’s wear label. “My kids were growing up and I felt like I wanted to make clothing for myself,” she said.

She relaunched her label as a full-fledged ready-to-wear collection and then, after a few years, restructured the brand to focus the collection on striped tops. The label offers three T-shirt silhouettes: the “Classic” three-quarter-sleeve T with a tailored fit; the “Modern” short-sleeve T, and the oversize “Boyfriend” style.

The shirts come in a few colorways ranging from $88 to $128. “We think of it like denim,” said Jim Kuerschner, the company’s president, who previously worked for Inditex, Bonobos and Carolina Herrera. “You want a couple different options for different occasions.”

Other categories include knitwear, as in striped cashmere sweaters and sweats, and rabbit fur outerwear and accessories. For spring, Kule introduced a few styles of striped cotton shirting.

Branding on the tops is subtle — a vertical stripe sewn into the bottom hem — but Kule felt it was important. “When I wanted to make this T-shirt line, I knew that almost every single brand, from Saint Laurent to Zara, had a striped T. There are so many out there,” she said. “So I felt I needed to make ours special — and I don’t love branding — but I thought, how perfect would it be to brand it with a stripe?”

Kule has primarily focused on a direct-to-consumer business model, but recently opened up the label to select retailers. Barneys New York picked up the collection as a department store exclusive, and the line is offered at more than 50 specialty stores including Forty Five Ten, Steven Alan and Ron Herman.

While acknowledging the “luxe preppy” ethos of the brand, Kule underscored the enduring appeal of stripes. “Stripes are urban. You wear it in the city, you wear it to travel,” she said. “We’re not nautical, we’re not French.”

“We’re careful to never shoot anything on a boat with a big anchor,” added Kuerschner with a laugh. “You can be a city girl and a lover of stripes.”