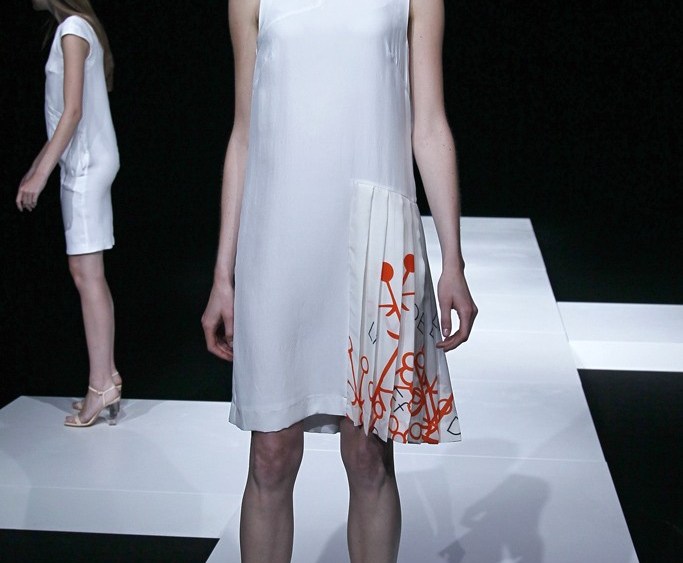 German designer Dietrich Emter gave guests a biology lesson with his spring presentation. The graphic blue-and-orange print shown on white cotton smocks and T-shirts was influenced by the mathematical code for plant growth, and, Emter said, is a “modern and intellectual” take on flowers. The wearable basics included a white pleated tennis skirt paired with a white cotton camisole and royal blue shorts. He also continued his fascination with metallic: a shiny tangerine leather bomber jacket was a real eye-catcher, while panels of the same material made an appearance on the shoulders of tailored blazers.