Dior Goes Dotty for Pop-up at Isetan, Dons Velvet for Shop at Harrods

Maria Grazia Chiuri has designed a capsule collection for the Isetan unit, while Dior velvet accessories will make their debut at Harrods.

By Joelle Diderich and Samantha Conti on August 1, 2020

A look from the Dior capsule collection for Isetan.

PARIS — Dior is defying the downturn in retail and popping up in Tokyo and London with temporary shops dedicated to some of the brand’s signature motifs, materials and designs.

In September, the brand will inaugurate a pop-up at Tokyo department store Isetan featuring a capsule collection with blue polka dots, a pattern dear to the French fashion house’s founder Christian Dior.

The motif will adorn the temporary space, which will be open from Sept. 2 to 15, as well as a capsule women’s collection designed by Maria Grazia Chiuri, including exclusive versions of the Dior Book Tote and J’Adior pumps.

Last year Dior celebrated 20 years of its presence in Isetan by covering large sections of the store in the checked patterns used in its fall 2019 women’s collection. 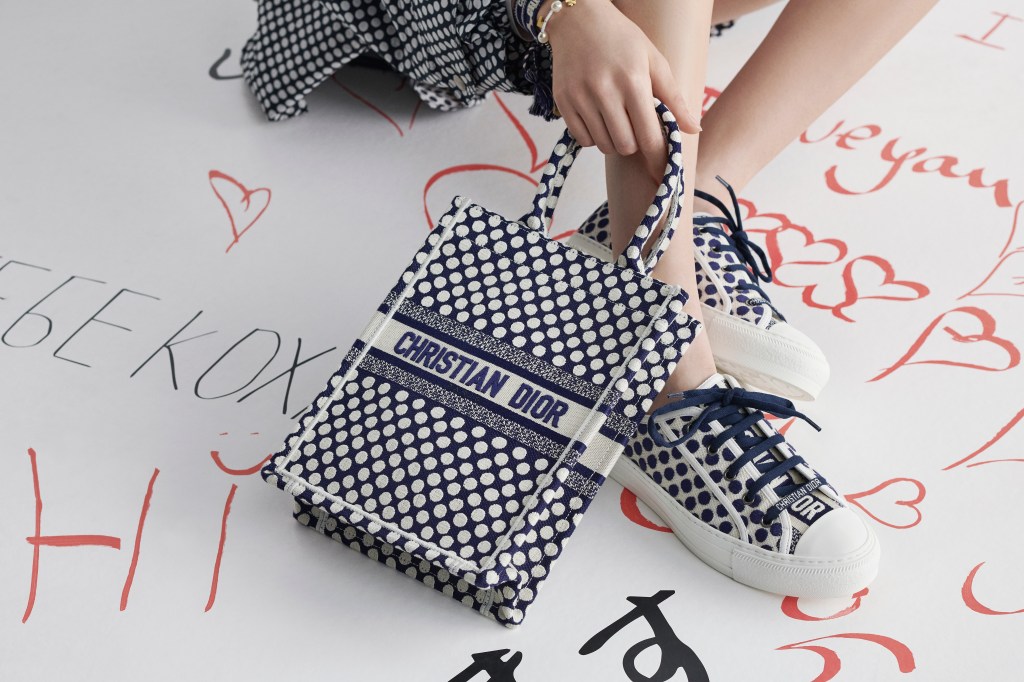 Items from the Dior capsule collection for Isetan.  Paola Mattioli/Courtesy of Dior

On Saturday, the French house will, for the third consecutive year, open a summer pop-up at Harrods.

The pop-up will be dedicated to the brand’s fall 2020 collection, and Dior also plans to prelaunch its velvet accessories in the space.

A series of bags, as well as the brand’s Cannage Bucket hats and Solar sneakers, have been given the velvet treatment. Dior has also created two exclusives for the Harrods pop-up, a bucket hat and a Lady D-Lite bag, both in green velvet.

The pop-up, which will remain open from Aug. 1 to 30, will also stock ready-to-wear, bob hats and silk scarves. Dior said the ABC personalization service will also be available on a selection of accessories.

Dior is making a major statement by opening at Harrods during such a difficult time for central London retail.

A lack of international tourists, in-store social distancing measures, and the need to quarantine merchandise that has been handled, but not purchased, have all weighed on the big stores’ bottom lines and forced them to lay off staff. 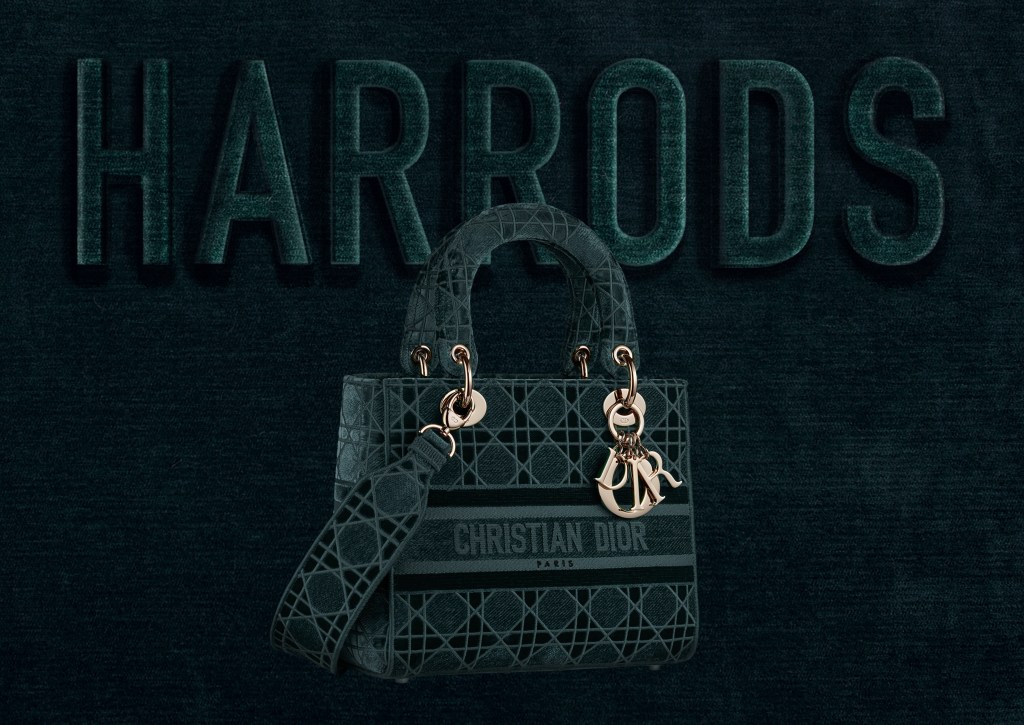 The velvet-clad Lady D-Lite bag that will be sold at the Harrods pop-up.  Image Courtesy of Dior

An upbeat Pietro Beccari, Dior’s chairman and chief executive officer, said there was no reason not to go ahead with the Harrods summer store.

“England has always been close to Christian Dior’s heart; Christian Dior had a deep admiration for the country, both for its culture and for the elegance of its tailoring. It was essential for us to maintain the opening of our pop-up store, a summer event that has become emblematic,” he said.

Beccari said the brand is confident about the economic recovery in the U.K. “and wishes to support the British market more than ever, while remaining extremely vigilant with respect to safety measures, which we follow rigorously. As with this London opening, we have weathered the crisis by adapting very quickly, maintaining our activities and even expanding them.”

Annalise Fard, Harrods’ director of beauty, accessories, fine jewelry and watches, said the Dior pop-up arrives at a time when “our customers are beginning to desire a need to return to normality, and our accessories halls are feeling alive once again after an unprecedented few months.”

Fard said that, historically, Dior’s summer pop-up at Harrods “has met with vast popularity as we are always lucky to house an extremely strong range of exclusive products and services. This year is no different.”

She said that throughout the lockdown period, and since reopening in June, “Harrods customers have been shopping to invest in timeless, luxury pieces that will last a lifetime and beyond, and this pop-up caters directly to that desire.”