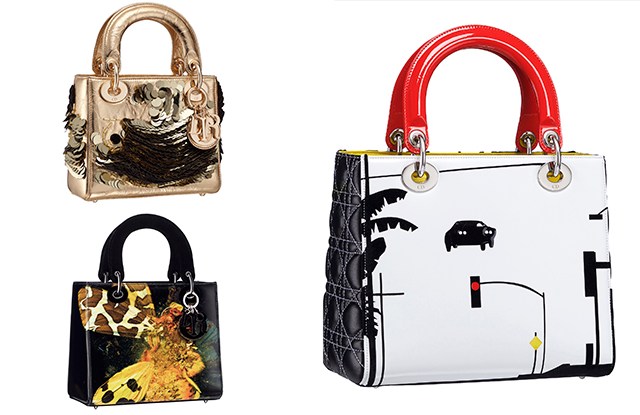 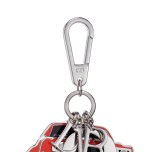 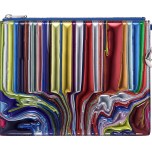 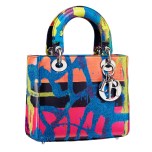 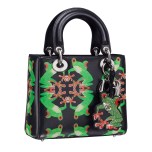 Extraordinarily lucky ladies might have artwork commissioned in their honor once or twice in a lifetime. Then there’s Lady Dior, which the house of Dior asked seven artists to use as a canvas for their creative visions as part of the limited-edition Dior Lady Art collection, launching Nov. 29 in Miami during Art Basel. Granted, the Lady Dior is a handbag, not an actual lady, but as the brand’s signature, top-selling style it’s the subject of a major creative and commercial push timed to the prime holiday shopping season.

Mat Collishaw, Ian Davenport, Daniel Gordon, Chris Martin, Jason Martin, Matthew Porter and Marc Quinn — all British or American — were invited by Dior to design versions of the classic top-handle Lady Dior style based on their work. The project actually began in June with Quinn, who created a limited-edition run of bags for the opening of the brand’s Bond Street store in London.

Dior expanded the project, approaching the other artists to submit drawings and images to the atelier, which determined what could be realized within the parameters of handbags and accessories. A back-and-forth exchange ensued, pushing the artists’ boundaries and those of the Dior studio.

The result is a bold, visually distinctive collection of handbags and accessories (evening clutches, key chains, scarves, bracelets and some smaller leather goods in addition to the top-handle) that take the Lady Dior, with its understated architectural shape and classic cannage motif inspired by the Napoleon III chairs that Monsieur Dior used for his shows, out of its refined comfort zone.

“The iconic Lady Dior bag, which launched in 1995, has already inspired internationally renowned artists such as Olympia Scarry, Nan Goldin, Mounir Fatmi,” said Sidney Toledano, chief executive officer of Christian Dior Couture, referencing the Lady Dior “As Seen By” exhibition that launched in 2011. “When the idea came about to make limited-edition Lady Dior bags for people to own, we approached artists, like Marc Quinn, who were very excited to create something that people can collect as art.”

Brooklyn-based painter Chris Martin adapted two of his most recognizable works: a frog print from a painting titled “Frog 1,” and sequins inspired by the abstract lines of multi-colored glitter from “Chameleon.”

“The process for me was, you can have a painting that is a really good painting but it’s not a good purse?” Martin said. “What looks good? What is something that is legible on that size? What looks good in that kind of a public presentation? For me, it was all very brand new to design something that will be walked around the street. I like that idea a lot.”

Porter, a Brooklyn-based photographer, referenced his flying car photos that feature miniature scale model muscle cars in mid-air. For the Dior Lady Art project, he created a new drawing — a car suspended over a traffic light — from scratch in Photoshop for one side of the bag, with the other side featuring a graphic, car-inspired black-and-white camouflage image. His bags use marquetry techniques in glazed calfskin with suede details and car-shaped charms in addition to the Lady Dior charms that dangle from each bag.

Porter said he almost mistook the original e-mail asking for his participation for spam. He noted that the process of submitting ideas for the project and dealing with the atelier had an air of mystery, but ultimately, he was impressed with Dior’s capabilities.

“[The Dior team] came to my studio, and it was like spies descending on my workspace,” he said. “They showed up — a bunch of people dressed in black in an SUV, speaking in hushed tones…the communication was always a little vague. It was a real thrill when they opened up this case and the designer revealed all of these real-world designs that were made from what I sent them.”

As visually compelling and diverse the work of the artists involved in the project is, it’s impossible to overlook one major thing they have in common: They’re all men — enlisted for a design endeavor with the keyword “Lady” no less. Asked what the reasoning was, a representative for the house said that it wasn’t a matter of intention or oversight but timing. Some female artists were reportedly approached for the project but couldn’t participate because of other obligations or scheduling conflicts.

As for whether Dior is prepared to take a hit from the PC police, the representative said that after Dior’s spring show by the house’s new, first-ever woman creative director Maria Grazia Chiuri — who was not involved in the Lady Art Project — it should be obvious that the house of Dior is pro-feminist. To spell it out, the collection featured T-shirts printed with “We should all be feminists.”

There will be opportunities for Dior to collaborate with a broad range of artists in the future, as it has in the past. The house has a rich history of ties to the art world, beginning with Christian Dior himself, who was a gallerist in Paris before founding his couture house. For the fall 2007 couture collection celebrating the house’s 60th anniversary, John Galliano paid homage to Irving Penn, Rene Gruau, René Bouché, Christian Bérard and Jean Cocteau.

As Toledano mentioned, Dior has engaged in extensive artist collaborations specifically for the Lady Dior, which was introduced under his guidance 21 years ago and was immediately given a high-profile endorsement when Bernadette Chirac, the wife of then-president Jacques Chirac, gave one to Princess Diana.

To launch Dior Lady Art, there will be a pop-up installation Nov. 29 at Dior’s Miami Design District store during Art Basel with Jason Martin, Collishaw, Davenport and Porter in attendance. On Dec. 1, a freestanding pop-up dedicated entirely to Dior Lady Art will open in Beverly Hills through February 2017. Additional launches will follow at the Avenue Montaigne store in Paris, New Bond Street in London, Mall of Emirates in Dubai and China World in Beijing.