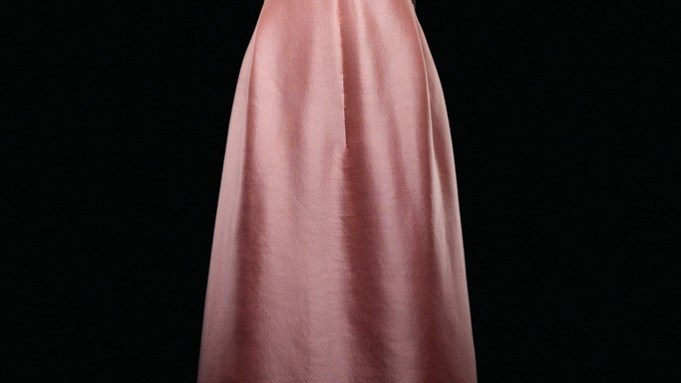 Christian Dior is set to celebrate its illustrious link with the movie world with “Stars in Dior,” an exhibition and accompanying book that highlight the outfits worn by some of the world’s most famous actresses, both on- and offscreen.

From May 12 to Sept. 23, the Christian Dior Museum in Granville on the Normandy coast, housed in the designer’s childhood home, will host an exhibition of gowns and accessories worn by stars of the silver screen, including Marlene Dietrich, Olivia de Havilland, Elizabeth Taylor, Penélope Cruz and Marion Cotillard, set off by documentary evidence of the designer’s links to the film world from the 1940s to the present day.

The ground floor of the museum will be dedicated to actresses wearing Dior in everyday life, as well as an exhibit dedicated to Dietrich, who was a fan and a friend of the designer, explained associate exhibition curator Barbara Jeauffroy-Mairet.

When asked to act in Alfred Hitchcock’s “Stage Fright,” Dietrich famously replied, “No Dior, no Dietrich.”

Her wearing Dior in the movie was subsequently written into her contract, Jeauffroy-Mairet said, despite the fact that Hitchcock generally kept firm control on costumes, favoring designers like Edith Head.

For the show, a room on the museum’s ground floor will be dedicated to Dietrich and set up to look like an apartment, including her luggage, accessories and beauty products. “It will feature around 10 different outfits, some of which, like the Salamalec dress, have never been shown before,” Jeauffroy-Mairet said.

Dietrich’s effects are on loan from the Berlin Film Archive.

The second floor will highlight Christian Dior’s role as a costume designer. Before creating his couture house in 1947, he designed clothes for the cinema, collaborating with directors including Claude Autant-Lara and René Clair.

Among the earliest designs featured will be sketches for Roland Tual’s 1942 film “The Four-Poster,” in which Odette Joyeux appeared dressed by Dior. This part of the exhibit also features a velvet dress worn by Elizabeth Taylor in the 1968 movie “Secret Ceremony.”

The top floor will be dedicated to the house’s red-carpet designs, as well as its more commercial collaborations with the movie world through its fragrance advertising.

The brand’s ads by high-profile directors, like Jean-Jacques Annaud and Wong Kar Wai, will be highlighted, grouping together the films created, their storyboards and the specially designed gowns.

Three of the gold gowns as well as a collar sported by Charlize Theron in ads for the fragrance J’adore will be featured in the exhibit.

The “Stars in Dior” show coincides with the French release of a book of the same name in May. Published by Rizzoli, the book will be released in the U.S. this September.