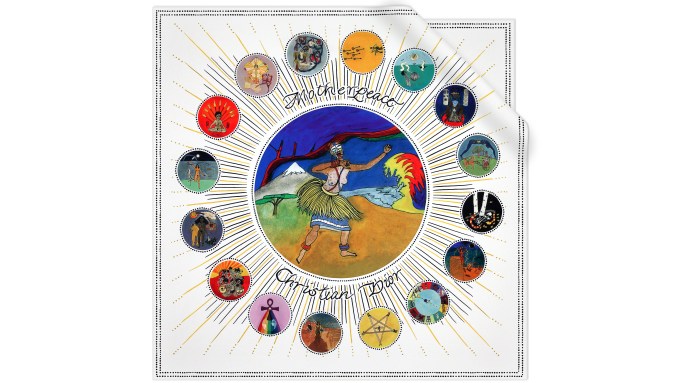 Dior is making a significant retail push to bolster its 2018 cruise collection, opening a roster of pop-up shops with a tarot-card theme inspired by the Motherpeace Tarot that featured prominently in Maria Grazia Chiuri’s collection. Karen Vogel and Vicki Noble created the feminist Motherpeace tarot deck in the Seventies and Chiuri co-opted much of the imagery for her cruise collection, shown in May in the Santa Monica Mountains in California. The pop-ups and Dior flagships will be decorated with paintings and hangings with images from the cards, including the Wheel of Fortune, the Grand Priestess and the Sun. Merchandise inspired by the cards includes minaudières, Lady Dior and Dior Addict bags, silk scarves, sweaters, bomber jackets, biker jackets and shoes bearing the images from the deck in printed or hand-painted motifs.

“The pop-up stores operate in tandem with the seasonality of the collections,” said Chiuri. “They develop the themes in settings specially designed around them. Tarot and the divinatory arts are intimately connected with the history of the House. Christian Dior was highly superstitious and this aspect of his personality has greatly inspired me since I arrived at Dior.…[Noble and Vogel’s] Motherpeace cards were created in a feminist spirit to encourage women in their self-discovery and awaken their sense of inner spirituality. Having met and had the opportunity to collaborate with these artists and incorporate their work into the collection has been an incredibly stimulating journey and an experience I have valued greatly.”

There are seven pop-ups that will open beginning Nov. 7 at Corner in Berlin, in Paris at 44 Avenue Montaigne and in Antonia in Milan. In the U.S., there will be pop-ups at Jeffrey in New York beginning Nov. 11 and The Webster in Miami beginning Dec. 11. Hong Kong Harbour City opens Nov. 17 and a second Paris location in the former John Galliano store, which will be turned over into a permanent Dior store, on Rue Saint-Honoré opens Dec. 8.

“As a longtime friend of Maria Grazia and the House of Dior, I am thrilled to be cohosting a very special pop-up event with them at our flagship store,” said Laure Hériard Dubreuil of The Webster. A tarot takeover felt only natural — as any fashion fanatic knows, their cruise 2018 collection found inspiration in the Motherpeace tarot — because our relationship has always been pure magic.”