Dior Takes Over Rooftop Restaurant at Selfridges, Part of Dioriviera

Alto, Selfridges' rooftop restaurant, is getting Dior-ified with the brand’s new Toile de Jouy pattern, and lobster rolls and Lady Dior cocktails on the menu.

Dior has taken over Alto, the rooftop restaurant at Selfridges, as part of the Dioriviera pop-up. The restaurant will be dressed in Dior from June 3 until Sept. 30.

CLUB MED: Britain may have Brexited five months ago and fought a few battles with France about fishing rights since then, but fashion has no borders, and is open to one and all.

That’s one reason why Selfridges on Oxford Street in London is channeling the Mediterranean Sea, sun and riviera chic this summer as part of a partnership with Dior.

The store is giving Alto, its rooftop restaurant, the full Dior treatment as part of the Dioriviera beach collection pop-up at the store. The restaurant opens on June 3 and will run until Sept. 30.

The new Dior at Alto the space is adjacent to the pop-up on the store’s fifth floor, and is already booked through July. 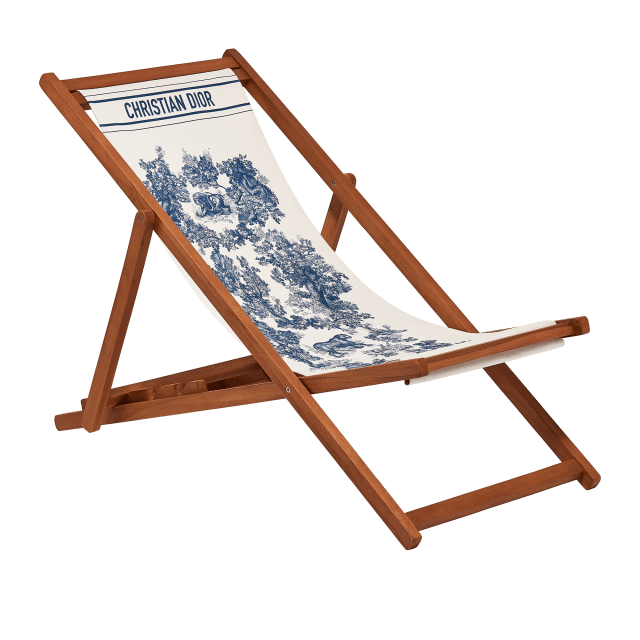 A Toile de Jouy deckchair, part of the Dioriviera offer.

The area is adorned with Toile de Jouy, which Maria Grazia Chiuri, creative director of Dior women’s collections, has created in shades including blue, chartreuse and raspberry for summer.

The toile appears on chairs and placemats, at the bar and on veils on the pergola. The restaurant also features home accessories by Dior Maison, such as cushions, parasols and deckchairs.

The menu features some of Alto’s signature Italian dishes, such as truffle and pecorino ravioli — as well as food selected by Dior, including a lobster roll with Pachino tomatoes; beetroot carpaccio served with rocket salad, parmesan cheese and pistachios, and tagliolini with Sicilian red prawns and caviar.

The cocktail list has been renamed in a tribute to the history of Dior, with names such as “J’Adior Selfridges” and “Lady Dior.” 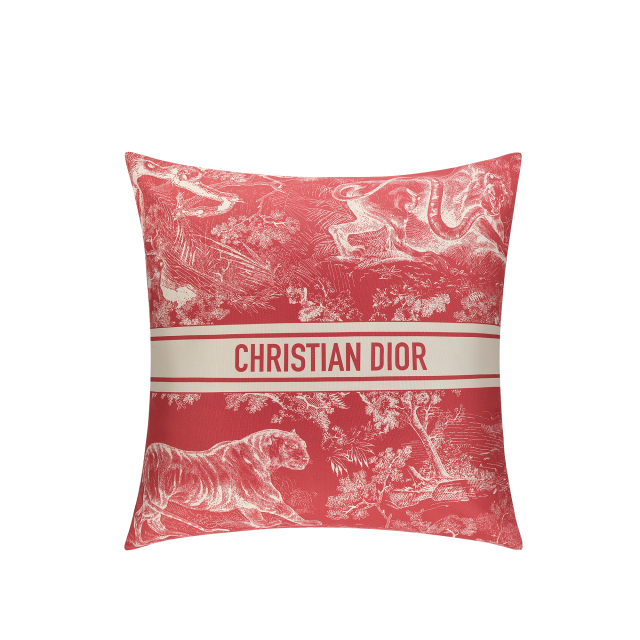 A Toile de Jouy cushion from the Dioriviera collection.

Dior began selling a beach collection at a pop-up store in Mykonos in 2018 and has joined the ranks of luxury brands courting customers in summer holiday destinations with in-season merchandise and convenient, temporary locations.

“It’s a summer collection, linked to several vacation spots, and is now a much appreciated capsule collection,” Chiuri said. “Today it has become a constellation of simple and exquisite pieces that can be combined in endless ways.”

The products will be sold in boutiques and resort stores including Cannes, Saint Tropez, Monaco, Capri, Mykonos, Bodrum, Ibiza and Marbella as well as at the Rosewood Miramar Beach store in Montecito, Calif.

The brand has nearly a dozen pop-up stores scheduled to open in May, June and July, including seven in Asia, as well as Beverly Hills and SoHo, and, in a first, the Marina Porto in Montenegro.

Selfridges is the only retailer where the pop-up is connected to a restaurant.