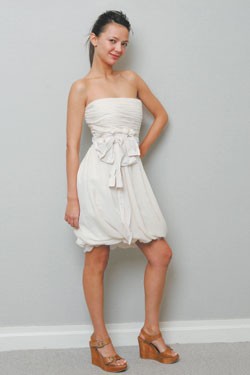 NEW YORK — Phoebe Philo may have exited Chloé, but her design team is working hard to preserve the label’s chic sensibility. For pre-fall, that team looked to Stella Tennant in her early modeling days to create a sassy collection that includes ruffled blouses, pleated pants, bubbled skirts and slouchy knitwear. Meanwhile, Akris may be known for its sophisticated simplicity, but for pre-fall, designer Albert Kreimler takes things up a notch with coats and jackets in luxe fabric. And in his first pre-fall collection for Luca Luca, Luca Orlandi goes for rich tweed suits, lace-embroidered evening dresses and leopard-print skirts that, he says, recall “the early days of Halston.”