The sponsorship is expected to bring the sport to a new level. 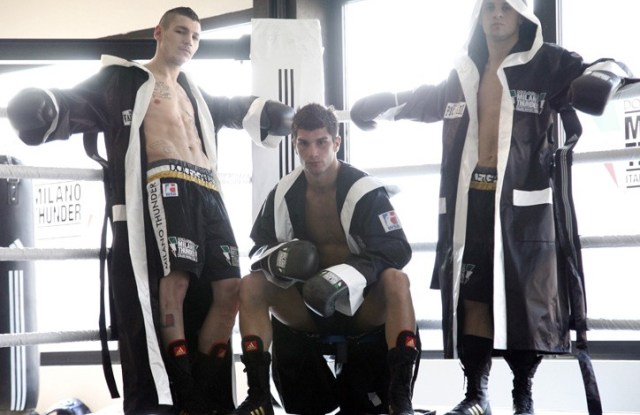 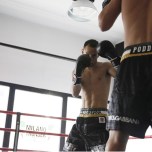 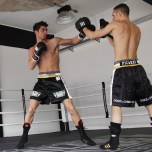 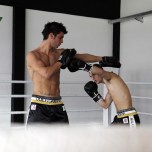 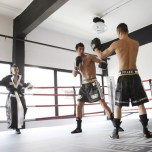 MILAN — As remote as boxing may sound from fashion, Domenico Dolce and Stefano Gabbana believe the runway is not necessarily the antithesis to the ring and are supporting the Dolce & Gabbana Milano Thunder team during the first World Series of Boxing championship.

The designers share a passion for sports in general and have over the years provided off-field uniforms for the AC Milan soccer team among others, but this is the first time they are associating their brand with a team.

“We like the discipline that goes with sports, and boxing in particular,” said Gabbana. “Take a look at any stadium, and see how sports join together people with so many different ideas and backgrounds, how a lawyer sits next to a factory worker — it’s all very democratic. Through the same language, a passion for sports abates all social differences,” stated the designer, who himself boxed in his free time until two years ago, when problems with ligaments in his right hand forced him to stop.

“I like a tiring training, and I’m happy when I feel the fatigue — it’s the same when I work, I need to know that I’ve accomplished something, and this also goes for Domenico,” said Gabbana.

While the designers created some boxing pieces for their Gym collection over the years, they outfitted the Milano Thunder team with everything from their boxing trunks and gloves, robes and warm-up sweats to formal tailored suits, which the team wore when it attended the Dolce & Gabbana men’s fall show in January. There are also more casual items such as jeans and down jackets, and accessories including travel cases, belts and tie clips. All are made-to-measure, and every piece is mindful of each athlete’s quirks and superstitions, such as a longer robe for lightweight gold medal world champion Domenico Valentino.

Needless to say, the athletes can’t help gushing about the designers. “They are very much present, and attend any match they can, it’s much more than we expected — they are fantastic people,” said Valentino, who, recalling his front row seat at the show, said he couldn’t “even begin to describe the emotion” that day. In Italy, a country where most sports are overshadowed by soccer, boxing is gaining in popularity, but in no way does it compare with the sport’s status Stateside, with multimillion-dollar purses or major events staged by powerful organizers. All the more reason for these athletes to be grateful for the designers’ endorsement.

“This discipline is the oldest in the world and this sponsorship allows for greater visibility, which can help boxing really take off here,” said Luca Podda, Italian middleweight champion. Referring to artistic photographs of the team by Mariano Vivanco, Podda said this kind of exposure allows “people to see us as fit, handsome young men, normal people and not as war machines.” Gabbana underscored how boxers exercise their whole bodies. “It’s easier to dress a boxer compared to a soccer player, who usually has very big legs,” he said.

Olympic bronze medalist Vincenzo Picardi said the team trains twice a day, including runs outdoors, whatever the season, with a brief break for lunch. The semiprofessional team consists of five categories, from bantamweight to heavyweight, with three athletes per category. The championship, with two matches per month, kicked off in November. The European leg will end in mid-March and the winning team will meet champs from other continents.

“Athletes work with their bodies and they can wear designer clothes just like models,” said Valentino, who sports 15 tattoos — and 15 stitches he got one day after a match. “Men have accepted fashion and today take care of their bodies, so who is better than an athlete as an example?”