A picture may be worth a thousand words, but this shot of Henry Kissinger keeping, er, abreast of Dolly Parton’s latest fashion statement is priceless. 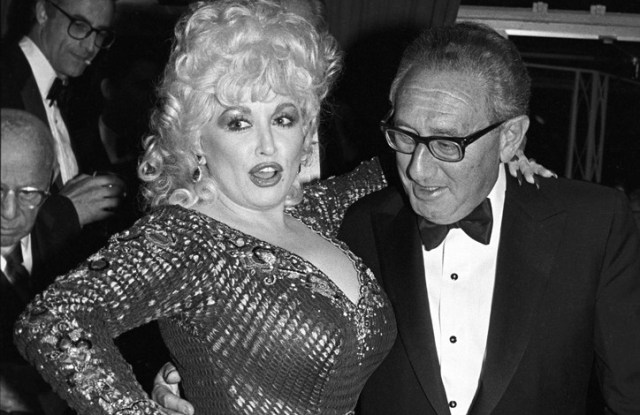 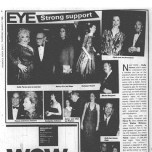 A picture may be worth a thousand words, but this shot of Henry Kissinger keeping, er, abreast of Dolly Parton’s latest fashion statement is priceless. WWD photographer Tony Palmieri caught the snapshot in March of 1985 at the New York Hospital-Cornell Medical Center gala at Manhattan’s Waldorf Astoria. Though big names like Kathleen Hearst and Calvin Klein were there, it was Parton and Kissinger who stole the evening. Kissinger prodded his friends — with “mock severity” — to mention his fund-raising efforts in their speeches that night. They didn’t. And Parton, still a down-home girl despite all her success, couldn’t understand why a chicken pot pie at the famous hotel should cost $15. The frugal star, though she performed without a fee at the gala, claimed to not do much charity work. “I need the money,” she quipped. “People don’t realize how much it costs to make someone look cheap.”