Donna Karan Links With Mike Bloomberg’s ‘Not One More’ Effort 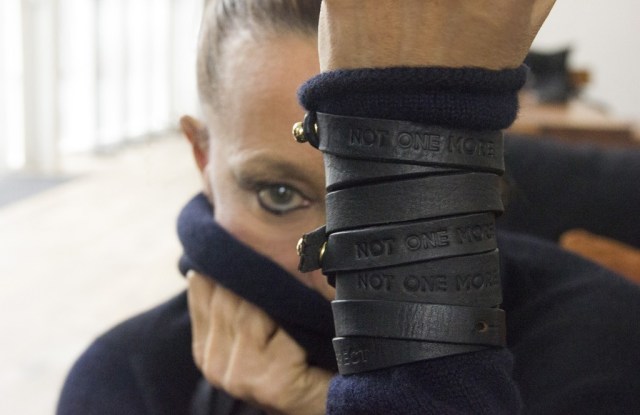 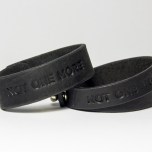 Organized by Everytown for Gun Safety, Urban Zen and Americans for Responsible Solutions, the gathering is meant to highlight steps being made to curb gun violence and save lives. A bracelet imprinted with the national rallying cry of the gun safety movement “Not One More” created by Everytown and Urban Zen will debut.

Urban Zen’s Haiti Artisan Project and Lise Evans teamed up for the bracelet, which carries the words spoken by Richard Martinez, whose 20-year-old son, Christopher Ross Michaels-Martinez, was killed near UC Santa Barbara’s campus last May. Martinez is expected at tonight’s event as well as former Arizona Congresswoman Gabrielle Giffords, the victim of a 2011 shooting, and her husband Mark Kelly. The couple founded Americans for Responsible Solutions. Hugh Jackman will be showing his support by posting an image of himself wearing one of the bracelets via all avenues of his social media.

Karan said, “Every problem has a solution and I believe the solution to our nation’s gun problem is to join all of our voices and talents together — from political leaders to gun violence survivors and the designers, musicians, actors, models, producers, directors and hoteliers who came together to launch the bracelet — and for each of us to use our influence to say loud and clear: Not One More.”

A $30 version of the Haiti-made bracelet with a gold clasp will be sold at Urban Zen stores in Manhattan, Sag Harbor and Aspen as well as through its Web site and DKNY’s Madison Avenue store. A second version of the bracelet has a silver closure and will only be available with a minimum donation of $25 to Everytown for Gun Safety via Not One More’s new Web site.

With more than 2.5 million supporters and 40,000 donors from all walks of life, the Bloomberg-supported Everytown for Gun Safety strives for public safety measures that protect the Second Amendment and help save lives. The core’s group consist of Mayors Against Illegal Guns and Moms Demand Action for Gun Sense in America, a grassroots group founded the day after the December 2012 Sandy Hook shooting.