Dressing Up the Show With Treats and Trends

Lingerie Americas show organizers will offer perks and distractions during what is expected to be a frenzied market week. 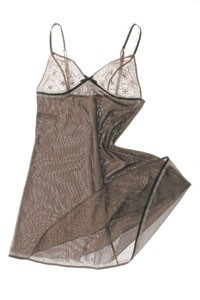 NEW YORK — Lingerie Americas show organizers will offer perks and distractions during what is expected to be a frenzied market week.

“We wanted to do something special for the buyers, recognizing that the dates of the market this season are not the most convenient,” he explained.

Two trend workshops are planned. The Doneger Group will stage a seminar for the first time on Feb. 8 at 3:30 p.m. Doneger’s fashion director, Roseanne Morrison, will present a trend overview called “Pillow Talk.” A second seminar called “Successful Retailing by the Numbers,” will be presented by Alan Thurgood, president of Ensign Systems, and Ken Stewart, president of Sensible Business Systems. It is scheduled for the same day at 4:30 p.m. Both seminars will be staged on the lower level of the Altman Building.

Trends at the show are likely to include:

Visitors can also take a breather in the Wear Canada Lounge located in the lobby of the Metropolitan Pavilion, where a wealth of information will be available on Canadian innerwear brands.

And there will be a Las Vegas-inspired cocktail party on Feb. 7 in the Altman Building restaurant, from 6 to 8 p.m. A prelude to the first Lingerie Americas Las Vegas trade fair, which is scheduled Aug. 27 to 29, the festivities here will feature casino tables, and what show organizers called “special entertainment.”