This article appeared in WWD Scoop, a special publication of WWD available to subscribers.

What port controversy? The Middle East's most cosmopolitan city is still on the... 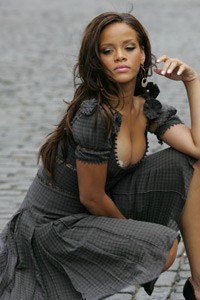 This article appeared in WWD Scoop, a special publication of WWD available to subscribers.

What port controversy? The Middle East’s most cosmopolitan city is still on the climb.

“Not one of this was here nine months ago,” Sia Kalathakis, a bubbly brunette from Greece who has lived in Dubai for the last five years, says as she speeds her red Toyota Corolla through the new Marina district. Scores of unfinished skyscrapers tower across the horizon, their skeletons silhouetted against the setting desert sun like a scene out of Mad Max. The nearly complete buildings rise in clusters around a plush man-made marina that the city bills as the largest of its kind in the world.

Superlatives abound in Dubai, the present or future home of: the fastest-growing city on earth, the world’s tallest building, the world’s most spectacular indoor ski slope, gargantuan malls, an amusement park that will dwarf Disneyland and the first underwater luxury hotel—accessible by a submarine train, no less. “Everywhere you look they are building something out of the nothing on this sandy desert,” continues Kalathakis, who runs Calvin Klein and Burberry shops in the Middle East. “It’s dizzying, a whirlwind.”

A fifth of the world’s construction cranes are said to be here, and a mind-boggling $100 billion is earmarked for current and near-term building projects. Recently, three man-made islands shaped like palm trees sprouted in the Persian Gulf. The artificial islands will be packed with 2,000 villas and as many as 40 luxury hotels, plus upscale retail complexes, cinemas and a marine park. As if that weren’t enough, there will be a “World” archipelago, as well: a cluster of 300 man-made islands spaced to look like the continents of the globe. Prices for a private island there will start at $30 million. The Burj Dubai, an $800 million, 2,400-foot structure that will be the world’s tallest building when it opens in 2007, is under way. A gigantic poster near the site reads: “History Rising.”

There are growing pains, of course. Traffic snarls are as bad as those in Los Angeles. “Just last year, there were no real jams,” offers Sana Fahham-Aboukhaled, who, with her husband, Yves, organizes parties and events in the city.

To enjoy Dubai is to kick back at the beach or around the hotel pool, go shopping, have a meal of just about any cuisine, enjoy drinks at The Agency or party down at Kasbar or Buddha Bar, reveling in the postmodern experience of all the city’s ersatz glitz. The average temperature is around 105 in the summer, and reached an unbearable 130 last July. In the winter months—the high tourist season—temperatures are most pleasant, in the 80s and 90s during the day, and in the 70s at night; perfect for outdoor dining.

Sheik Mohammed bin Rashid Al Maktoum, the city’s ruler as well as vice president and prime minister of the United Arab Emirates, of which Dubai is a member, is the driving force behind much of the city’s lightning transformation, propelled by his vision of the Persian Gulf port, once known for its pearl fishers, as a beacon of modernity in the Arab world. With Dubai’s massive oil revenue expected to run dry in 2010, Sheik Mohammed is diversifying into tourism, tax-free trade and high-tech industry. “Dubai is the most liberal Arab city,” says Samia Saleh, who runs the Courtyard gallery and cafe in the city and whose father, Abdullah Mohamed Saleh, is chairman of the National Bank of Dubai. “You can drink alcohol. Women can drive; they don’t have to wear a veil.”

Arab traditions and culture abound, nonetheless. Even from a 40th-floor hotel suite, the distant call to prayers at sunset echoes across the flat city. A large majority of Arabs don traditional white gowns and headdresses, and women wear flowing black robes that are often customized—like one that sports big gold Chanel Cs on the back—and paired with the latest designer shoes and bags. Luxury brands have arrived en masse, from Marc Jacobs and Michael Kors to Louis Vuitton and Yves Saint Laurent, making this shopping’s newest mecca. The city has even made it a national event. Sheik Mohammed created an annual “shopping festival” for a month in January and February, during which all the stores, including luxury labels, offer special discounts. “Russians come,” says Kalathakis. “They pay cash and buy big.” For those who don’t mind the summer heat, Sheik Mohammed has created a second shopping event, Summer Surprises, from June to August.

Where To Shop
Air-conditioned malls are de rigueur. Harvey Nichols opened in February in the Mall of the Emirates, which is also home to Ski Dubai, the indoor ski park with a 400-meter long black-diamond run covered with real snow. The Emirates Towers houses Villa Moda, the most soigné multibrand shop in town, with names like Chloé and Alexander McQueen, while Saks Fifth Avenue opened in the recently expanded BurJurman center, boasting boutiques such as Christian Lacroix, Calvin Klein, Tiffany and Louis Vuitton. Apart from the malls, local flavor abounds at the city’s souks. The spice souk is a lattice of narrow alleyways filled with shops piled high with fragrant spices. At the textile souk you can buy a variety of materials, and the old Gold Market has bargains on all the shiny stuff.

Where To Stay
For a beach holiday, the best bets are any one of Sheik Mohammed’s Jumeirah hotels. The Jumeirah Beach Club is built in an arabesque style, with villa accommodations. Each suite has a private garden and Jacuzzi. At nearby Al Qasr, the opulence is extreme, from the entrance lined with golden horse sculptures to the canals along which guests access their rooms by boat. The most expensive hotel is Burj Al Arab, a soaring sail-shaped building overlooking the gulf. With rooms starting at around $1,500, it bills itself as a seven-star palace—off the charts of the normal five-star scale. Inside, it’s so colorful you may need sunglasses. The One & Only Royal Mirage, which resembles a sumptuous Arab fort, is subtler, while the Shangri-La—a celebrity favorite—offers spacious rooms for those who prefer to stay inland. Hydropolis, the luxury underwater hotel, is slated to open later this year.

Where To Eat And Drink
Food in Dubai comes in all flavors and cultural variations, and alcohol is permitted in hotels, which is why most restaurants and clubs are located in them. Bice, in the Hilton Dubai Jumeirah, is a favorite with the locals for its Italian specialties and fresh ingredients, while Teatro is a hot spot in the Towers Rotana Hotel offering fusion cuisine. Al Nafoorah, at the Emirates Towers, has a comfortable terrace and serves the city’s best Lebanese food. British chef Gordon Ramsay serves great food at Verre, at the Hilton Dubai Creek, while French chef Michel Rostang offers sophisticated fare at Café Chic, a favorite at the Meridien Dubai. Just next door is the popular Seafood Market, where guests select fish from a freezer and have it cooked to their specifications. The Agency in the Emirates Towers Hotel is a popular wine bar, while the Buddha Bar in the Grosvenor House attracts a trendy, young clientele. For those looking to party into the wee hours, Kasbar at The One and Only Royal Mirage gets going well after midnight, while Peppermint, at the Fairmont Hotel, is favored by a young, dance-crazed crowd.